The Satanic Temple, a group who opposes Bible-themed displays on government land, has recently been granted permission to put up a monument of their own at Veterans Memorial Park in Belle Plaine, MN.

Here’s what you need to know about the monument and the organization:

1. The Belle Plaine Monument Is The Temple’s First Monument Erected on Public Grounds 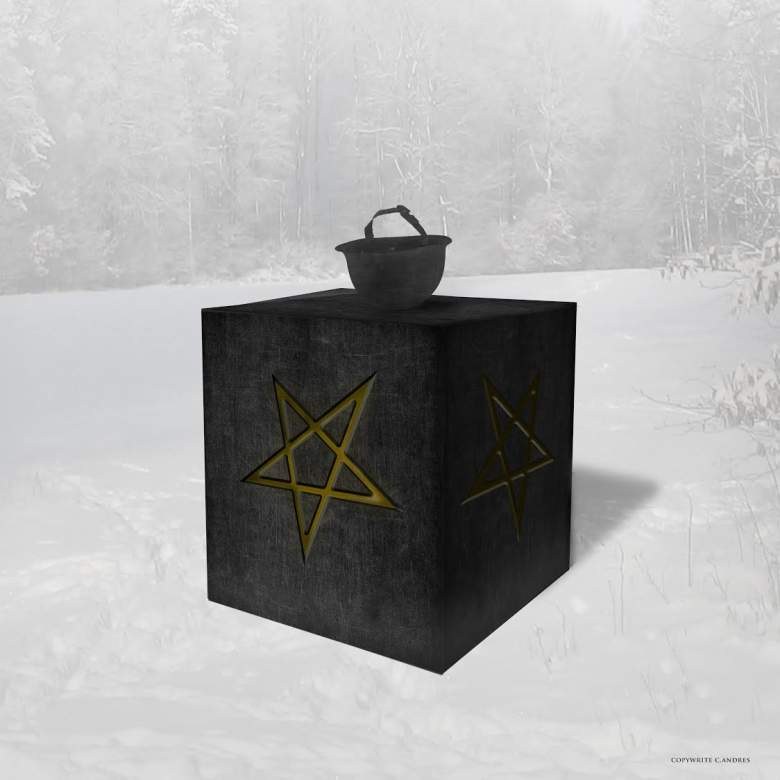 The approval of the Satanic Temple’s monument was partially the result of months of debate over whether a different monument in the park crossed church-state boundaries. According to the New York Times, a monument sponsored by the Belle Plaine Vet’s Club showed a silhouette of a soldier kneeling before a cross. The monument drew opposition from the Freedom From Religion Foundation, who argued that the religious emblem violated the Establishment Clause of the Constitution. The monument was briefly removed, but ultimately returned, and Belle Plaine officials deemed a portion of the park a “limited public forum.”

One of the co-founders of the Temple, Lucien Greaves said, “Once one religious viewpoint has imposed itself on public grounds to the exclusion of others, we have nothing but the ethical and constitutional high ground.”

In the application to Belle Plaine officals, the Temple’s monument is described as a “black steel cube with embossed inverted pentagrams with inlaid gold on four sides. An inverted helmet rests on the top of the cube. A plaque on one side of the cube reads: ‘In honor of Belle Plaine veterans who fought to defend the United States and its Constitution.’ ”

Greaves told the Washington Post, “Belle Plaine officials didn’t offer any resistance, to their credit. We genuinely want something that will honor veterans. It’s not about being shocking or upsetting the locals, though it’s an inevitable byproduct.”

2. Despite the Temple’s Name, Members Do Not Promote the Belief in Satan 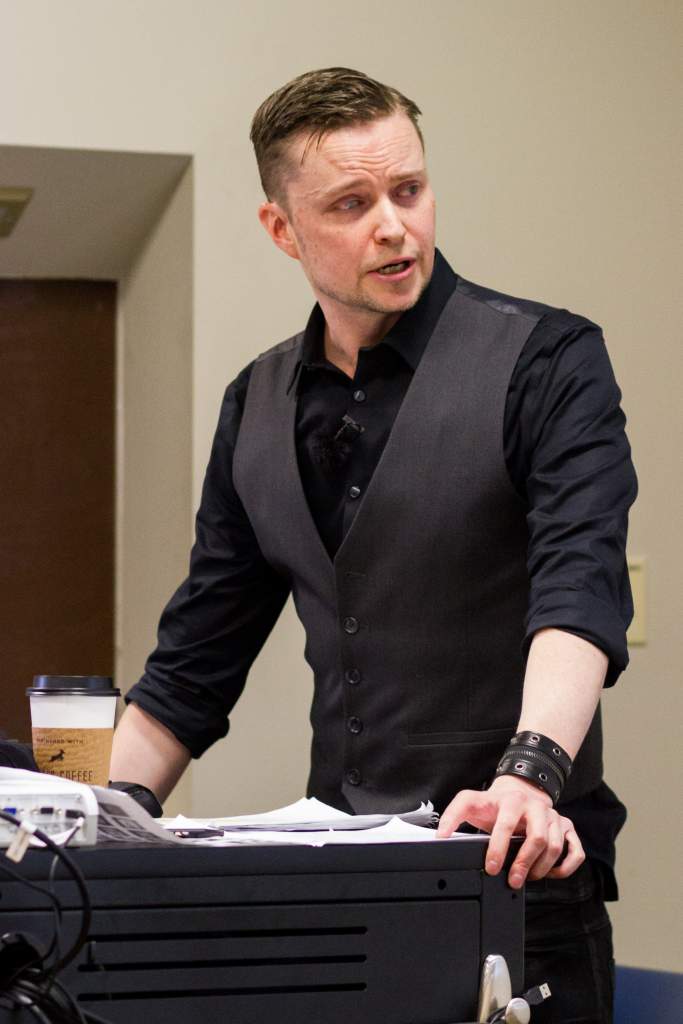 The Satanic Temple was founded by Lucien Greaves and Malcolm Jarry in 2014. The organization’s headquarters are located in Salem, MA. They have over 20 chapters throughout the country, the largest of which is in Detroit, MI.

According to The New York Times, the two founders formed the group party in opposition to George W. Bush’s creation of the White House Office of Faith-Based and Community Initiatives. In The Times’ article, both Greaves and Jarry describe themselves as “atheistic Satanist”, meaning they no more believe in a literal Satan as they do in a literal God. They also do not believe in tax exemptions for religious organizations.

According to the Temple’s official website, the mission of the Satanic Temple is “to encourage benevolence and empathy among all people, reject tyrannical authority, advocate practical common sense and justice, and be directed by the human conscience to undertake noble pursuits guided by the individual will.”

Lucien Greaves has described their veiwpont as “atheistic.” 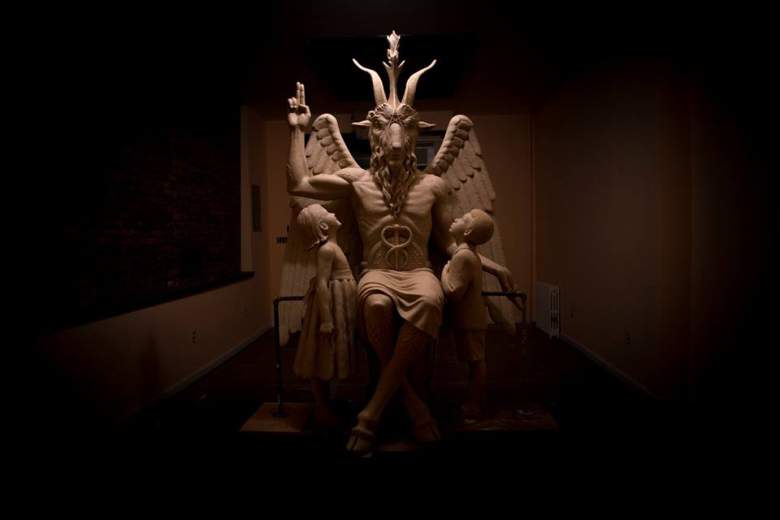 According to The Washington Post, the Ten Commandments monument on the Oklahoma Capital grounds was removed in October, 2015, after the Oklahoma Supreme Court ruled that the statue violated a state constitutional prohibition on the use of public property to support “any sect, church, denomination or system of religion.” The Satanic Temple subsequently withdrew their bid for the Baphomet sculpture. 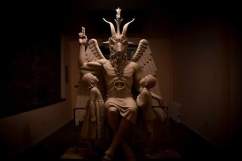 4. The Temple Sponsors ‘After School Satan’ Groups for Children

After School Satan. (courtesy of The Satanic Temple)

According to CBS NEWS, the program was set up to counter the influence of Christian after-school programs that have started in the wake of a 2001 U.S. Supreme Court ruling that paved the way for religious organizations to establish after-school activities at public school facilities.

The After School Satan website says the goal of the club is to “emphasize a scientific, rationalist, non-superstitious world view. The site says other Christian after school clubs can “rob children of the innocence and enjoyment of childhood, replacing them with a negative self image, preoccupation with sin, fear of Hell, and an aversion to critical thinking.”

The Satanic Temple has said it would prefer to exclude religious teachings altogether from school sites, but feels compelled to establish after-school programs to provide an alternative to Christian teachings.

5. The Group Has Opposed Anti-Abortion Protestors & The Westboro Baptist Church

According to Life News, the Temple filed a lawsuit against a law in Missouri that requires women to wait 72 hours to have an abortion after an informed consent appointment. The Satanic Temple argued that the law put an undue burden on women’s access to abortion, according to Life News. U.S. District Judge Henry Edward Autrey ruled against the Temple’s lawsuit.

According to The Huffington Post, the Satanic Temple performed a ritual called a “pink mass” at the grave site of Westboro Baptist founder Fred Phelps’ mother. The WBC, a religious organization who often speaks out against homosexuality, was the main target of the “pink mass.” The Pink Mass was performed first with two gay men and then with two lesbians, in affirmation of the Temple’s belief in “freedom and the pursuit of happiness for all people.” According to The Huffington Post, the Satanic Temple encouraged same-sex couples to visit the grave and perform their own pink masses.

Loading more stories
wpDiscuz
1
0
Would love your thoughts, please comment.x
()
x
| Reply
The Satanic Temple is the group responsible for a 'satanic' monument being erected in Veterans Memorial Park in Belle Plaine, MN. Find out more about the monument and organization here.