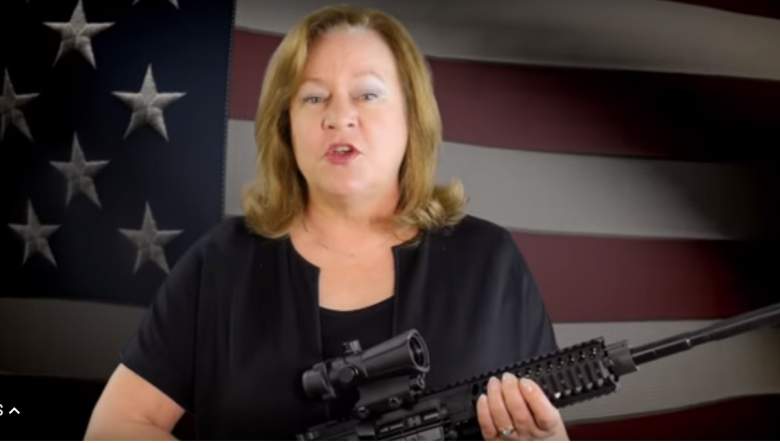 Sheri Few holds a gun in a political ad. (YouTube)

Through the almost two months of campaigning, Republican Sheri Few hasn’t held back too much in the race to replace former Rep. Mick Mulvaney in South Carolina’s 5th congressional district.

Few is one of 15 candidates running to replace Mulvaney in the U.S. House of Representatives after he was tabbed to help run President Donald Trump‘s federal budget.

Her political ads have been aimed at Second Amendment voters in the district, as well as those who support displaying and waving Confederate flags.

Few released an advertisement in mid-April that showed her holding a rifle and complaining about how lawmakers have reacted to tragedies. She said in the advertisement that “weak politicians are too quick to blame a horrible tragedy on a flag or a gun, or even free speech, and that’s how bad laws are made.”

Watch the full advertisement in the video below:

The above ad came just a few weeks after Few, a former candidate for South Carolina Superintendent of Education, released another controversial one when she attacked opponents for their votes in removing Confederate flags from South Carolina’s Statehouse grounds. The votes were in response to convicted murderer Dylann Roof‘s murder of nine black people at a church in Charleston.

In the above ad, she attacked Republican opponents Ralph Norman and Tommy Pope’s votes in South Carolina’s House of Representatives. She said that when Norman and Pope decided to remove the Confederate flags, they “started a war on our history.”

The primary for the special election is May 2. If no Republican candidate can get 50 percent of votes, then it will move to a runoff election scheduled for May 16. If one candidate does reach the 50 percent threshold, then the top candidates that did so from each party will square off in a June 20 general election. 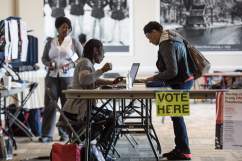 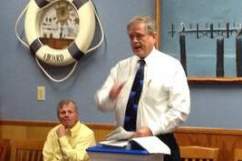 Read More
Politics, US Politics
wpDiscuz
0
0
Would love your thoughts, please comment.x
()
x
| Reply
Sheri Few hasn't held back in her campaigning for South Carolina's U.S. House seat in its 5th congressional district. Watch her hold a gun in a political ad.