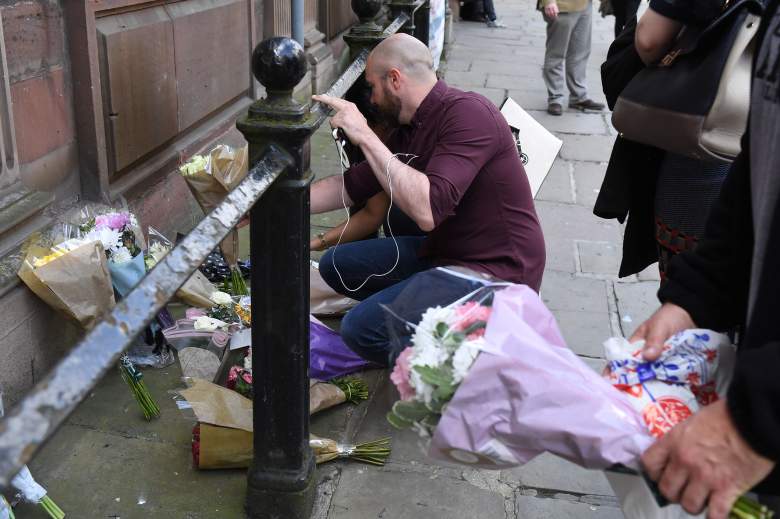 The aftermath in Manchester. (Getty)

You might be surprised how many major terrorist attacks have occurred on the 22nd day of the month. At least seven, in recent years.

There’s an eighth if you go back to 1970. There’s 10 if you include two botched attempts at terrorist attacks, including Richard Reid, the shoe bomber.

For starters, there’s the Manchester bombing attack of May 22, 2017. The blast killed 22 people, when a terrorist, age 22, Salman Abedi, detonated a homemade explosive device as crowds were leaving an Ariana Grande concert. The time of the attack? 22:33. Taking this to extremes, some on Reddit have pointed out that Manchester, England is located at Longitude -2.244644.

Of course, there are many more terrorist attacks that occurred on different days of the month.

March 22, 2017: The terrorist attack at the Westminster Bridge and UK Parliament. Khalid Masood was responsible for that attack; he mowed down people on the bridge before stabbing a police officer to death in a failed attempt to make it into Parliament.

A member of the public is treated by emergency services near Westminster Bridge and the Houses of Parliament on March 22, 2017 in London, England. (Getty)

March 22, 2016: The terrorist attack at the Brussels, Belgium airport and subway system. More than 30 people died and more than 340 were injured as the twin bombs detonated at both the main Brussels airport terminal and a Zaventum metro station. ISIS claimed responsibility for the dual attacks. 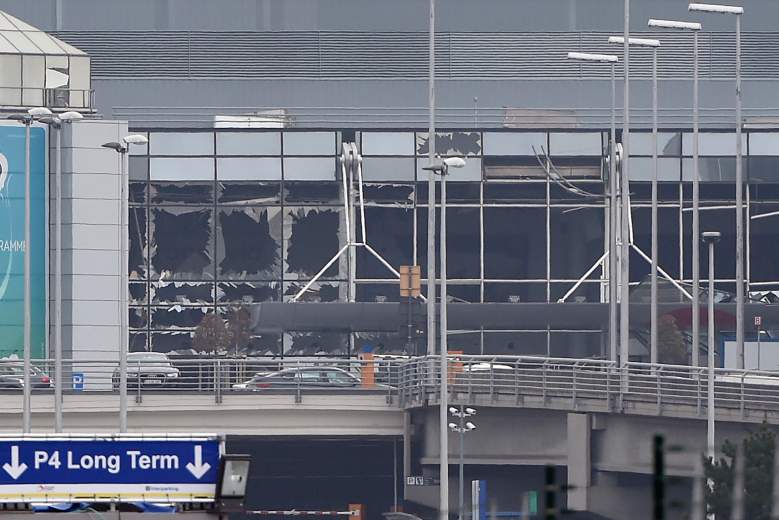 On March 22, 2016, twin blasts rocked the main terminal of Brussels airport and a metro station in Zaventem. The damaged facade is seen above. (Getty)

May 22, 2013: Lee Rigby, an Army drummer, was knifed to death by terrorists. You can read about Rigby and his assailants here. The attackers, who tried to behead Rigby on the street and stabbed him to death, were “British-born, Al-Qaida-inspired extremists who considered themselves ‘soldiers of Allah.'”

July 22, 2016: A teenager goes on a shooting rampage at a Munich shopping mall. Ali David Sonboly, an 18-year-old German-Iranian gunman with dual nationality, was described as a “depressed” and “deranged” teen who read about school shootings.

July 22, 2011: One of the worst mass killings in world history. Anders Breivik, whom the New York Times called a “lone political extremist,” bombed a government center in Norway, killing 7, before heading to an island youth camp and murdering 80 people. The Munich date might have tied into the Norway date; the Munich shooter was influenced by right-wing Norwegian mass killer Breivik, police said.

September 22, 2013: Terrorists bombed a Christian church in Peshawar, Pakistan, killing at least 78 people in the historic All Saints Church.

May 22, 1970: The “Avivim school bus massacre was a terrorist attack on an Israeli school bus on May 22, 1970 in which 12 Israeli civilians were killed, nine of them children, and 25 were wounded,” reports WorldLibrary.org.

There were at least two failed attempts at terrorist attacks on the 22nd.

On December 22, 2001, Richard Reid was arrested after he boarded American Airlines Flight 63, Paris to Miami and tried “to use a match to light explosives hidden in his shoes,” CNN reported. The attempt failed after he was retrained by people on the plane.

There was also a failed attempt to blow up a restaurant in Exeter with a nail bomb on May 22, 2008.

Of course, there are many other terrorist attacks that did not happen on the 22nd day of the month, starting with the obvious, September 11, 2001. The London tube attack occurred on July 7, 2005 and killed 56 people. The Bastille Day truck attack in France was on July 14, 2016, the Charlie Hebdo attack was in January, and the Pulse Nightclub massacre in Orlando was on June 12, 2016. You can read a list here.

No one is sure what to make of the 22nd pattern, not even authorities. “Security agencies are understood to be examining the possibility that the date – the 22nd of the month – is significant, although initial indications suggest there is no link,” reports UK Daily Mail.

Rigby’s mother, Lyn, released a statement after the Manchester attack. “We must stand against terrorism. My heart goes out to all families affected by the terrorist attack,” she said, according to Daily Mail.

ISIS has claimed responsibility for the attack in Manchester, and authorities are investigating the background of the terrorist, Salman Abedi. Some neighbors said he had been acting strange and was radicalized into extremist Islam. His father and two brothers have also been detained.

Here’s a list of famous events that have happened on May 22 throughout history.

What’s your theory about the 22nd? Leave it in the comment thread. 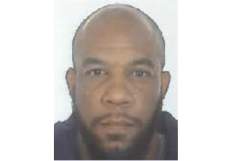 Loading more stories
wpDiscuz
27
0
Would love your thoughts, please comment.x
()
x
| Reply
A number of major terrorist attacks have occurred on the 22nd of the month, not only Manchester. See the full list.