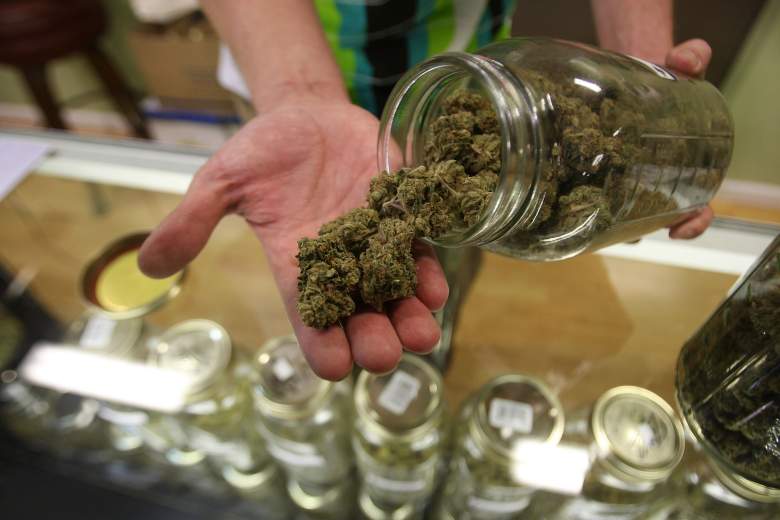 On Thursday, May 11, the Texas House is taking a historic step by voting on decriminalizing possession of small amounts of marijuana. The bill would reduce possession charges from jail time to a misdemeanor in certain cases. This will be the first time sentencing reform has been debated on the House floor since 1973. The vote comes two days after proponents of a Texas medical marijuana bill learned that the Calendars Committee had not scheduled the bill for a vote, despite its having bipartisan support.

With HB 81, People Who Possess One Ounce or Less of Marijuana Would Only Be Fined

HB 81, which the Texas House votes on Thursday, changes the penalties for marijuana possession in Texas. A person found to possess one ounce or less of marijuana would no longer be subject to a Class B misdemeanor, jail time of up to 180 days, and a $2,000 fine. Instead, possession of one ounce or less would now be a civil penalty, subject to a fine of no more than $250 and no arrest. In addition, if a person is indigent, they can substitute up to 10 hours of community service for the fine. The identity of any person receiving a citation would remain confidential.

You can read the proposed amended law here. It reads, in part:

Sec. 481.1211. CIVIL PENALTY: POSSESSION OF SMALL AMOUNT OF MARIHUANA. (a) A person who knowingly or intentionally possesses a usable quantity of marihuana in an amount that is one ounce or less is liable to the state for a civil penalty not to exceed $250. (b) The imposition of a civil penalty under this section is not a conviction and may not be considered a conviction for any purpose.

HB 81 cleared committee on April 3 with a 4-2 bipartisan vote, indicating there is potential bipartisan support for this bill.

Retired Texas District Court Judge John Delaney said in a statement: “Passing HB 81 would free up police resources and relieve jails, courts and taxpayers of substantial expense and time demands. Each marijuana arrest uses about 2.5 hours of police time. With 60,000-70,000 people arrested in Texas annually, this is a significant amount of police time that could be devoted to patrolling residential neighborhoods and business locations and responding to emergency calls.”

Texans Can Voice Their Support By Contacting Their Representatives

Proponents of the bill are urging residents to call their representatives, especially since the medical marijuana bill appears to have died an early death. You can find the name of your Texas representative here or you can contact them via a marijuana policy activist site here. The Texas Tribune reported in February that recent polls show that over 83 percent of Texans support some form of marijuana legalization, with 53 percent supporting possession for any use, not just medical.

Meanwhile, a companion bill in the Texas Senate — SB 170 — is also making progress. It was referred to the criminal justice committee in January. It must still be voted out of committee and then voted on by the Senate.

A group is also organizing a meetup at the Texas State Capitol tomorrow to show support for the bill. Learn more here.

A Popular Medical Marijuana Bill, HB 2107, Was Not Put on the Calendar for a Vote Despite Bipartisan Support

The clock has officially run out on HB 2107. It's heartbreaking, but we will fight on. #MAMMANEVERQUITS #compassion4Autism

Meanwhile, a very popular medical marijuana bill that had garnered bipartisan support appears to have died after the Calendars Committee failed to schedule it for a vote. Part of the reason may have been because it took the House Committee on Public Health until May to vote it out of committee in the first place, leaving the bill far behind others in the schedule. According to Texas Observer, the bill was “bottled up in the health committee for most of the session by Representative Four Price, the Republican chair of the committee.”

HB 2017 had a huge support base, with 77 of the 150 House members signed on as co-authors, meaning it likely would have won approval in a full House vote if it had only been added to the schedule.

Christy Zartler, member of Mothers Advocating Medical Marijuana for Autism, told My Statesman: “It is inhumane to let the patients of Texas wait any longer. The time to pass medical cannabis in Texas is now.”

Rep. Todd Hunter, who chairs the Calendars Committee, had said on Monday that it would be difficult to get the bill on the full House calendar because he hadn’t received all the paperwork from the Public Health Committee, My Statesman reported. NORML, a marijuana advocacy group, wrote in April that Hunter has supported marijuana reform in the past, including vote for the Compassionate Use Act and a bill from Rep. Simpson to regulate marijuana like jalapeños. He also voted for HB 81 when it was at the Criminal Jurisprudence Committee. Requests to speak to Hunter about the current status of both bills haven’t yet been answered.

Here’s a video from Rep. Jason Isaac and Rep. Eddie Lucio III when it became clear that the medical marijuana bill was not going to be added to the calendar:

Although the medical marijuana bill does not seem to have a chance anymore, despite overwhelming support, marijuana activists still believe there’s a good chance for HB 81 and are turning their attention in that direction for Thursday.

Read More
Breaking News, Politics, Texas
The Texas House is voting May 11 on a bill that would decriminalize marijuana, just days after a medical marijuana bill died. Learn more about both here.