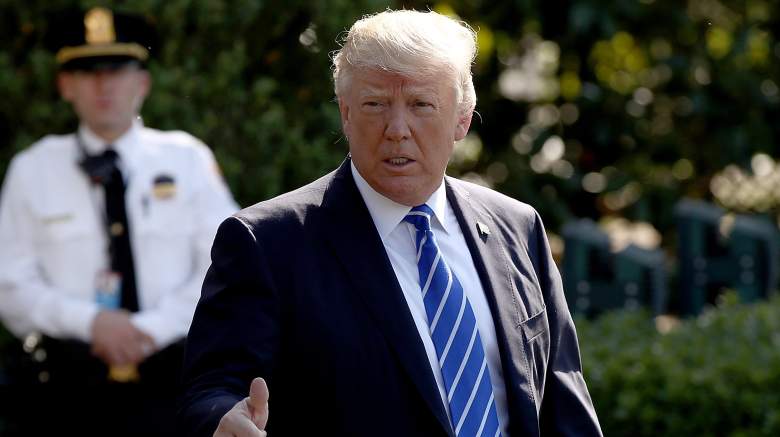 President Donald Trump recorded a robocall in support of Montana Republican candidate Greg Gianforte that refers to Gianforte as “my friend” and a “wonderful guy.”

He also told Montanans that they would be proud of Gianforte for “years to come” and urged them to vote for Gianforte on May 25.

You can listen to the audio here.

The president recorded the robocall for Gianforte before the GOP candidate was accused of body slamming Guardian reporter, Ben Jacobs, at a campaign event on May 24. However, the audio is now making the rounds on Twitter, with people wondering whether Trump will disavow his support of Gianforte, who was cited in the alleged assault.

Trump recorded a robocall for Gianforte. A White House spokesman tells me they have "no comment" on whether POTUS stands by the endorsement.

The citation shows Gianforte is accused of knowingly or purposefully causing bodily injury to another.

The alleged attack on Jacobs was witnessed by a Fox News crew and captured on audio on May 24. You can listen to that audio here. Gianforte’s campaign released a statement blaming the reporter as the alleged aggressor, but the Fox team reported that they saw Gianforte allegedly grab the reporter by the neck and then slam him into the ground. The reporter, Jacobs, tweeted that Gianforte body slammed him and broke his glasses.

Here is a transcript of the Trump/Gianforte robocall:

Hi, this is President Donald Trump, and I know what the people of Montana really want and really care about. Lower taxes, good paying jobs, secure borders, and we’ve done a great job on those borders, and protecting your God-given right to bear arms, your second Amendment. If you don’t vote tomorrow, the liberal Democrats running for Congress will decimate and dismantle all that we’ve done. Including they will be raising your taxes, and they will be giving you healthcare that won’t work. Obamacare is their example. We have great healthcare coming. We can’t afford another Nancy Pelosi and the liberal Democrats and taking over Congress and really hurting our country. So you have to get to the polls tomorrow to vote for my friend, Republican Greg Gianforte for Congress. He’s a wonderful guy. He knows how to win. He’s going to win for you. And I’ll tell you what, the people of Montana are going to be happy. We’re going to have lower taxes, safe borders, great healthcare, and all of the other things that you so desperately want and need. So, get to the polls, and vote for Greg. That’s Greg Gianforte. You’ll be very proud of him for years to come. Thanks a lot.

The 1:28 minute robocall says it was paid for by the Republican National Committee.

Gianforte is a millionaire businessman who is squaring off against Democrat Rob Quist, a country singer, in the Montana House special election to replace Ryan Zinke, Trump’s interior secretary. The race has been closely watched as a bellwether on healthcare, particularly the GOP’s approach to it, because it’s considered tighter than expected for Gianforte, although Montana went for Trump by more than 20 points.

Republican congressional candidate Greg Gianforte looks on during a campaign meet and greet at Lions Park on May 23, 2017 in Great Falls, Montana. (Getty)

That was before the Jacobs story broke, and it’s anyone’s guess how voters will react at the polls, although some early voting had already occurred. Trump did not come to Montana to stump for Gianforte, but his VP, Mike Pence, and son Donald Trump Jr. did. You can see photos of that here: 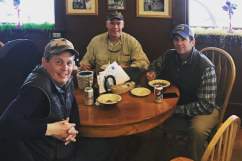 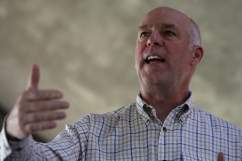