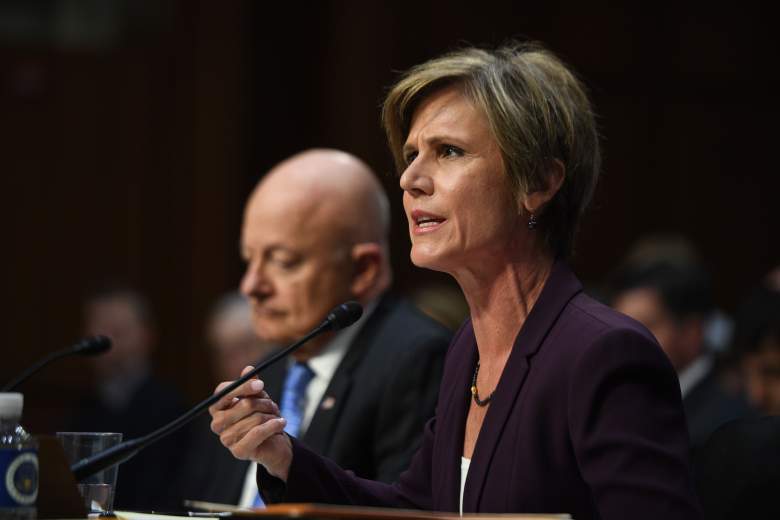 In her testimony before the Senate Judiciary Committee on Monday, former attorney general Sally Yates revealed that she warned the White House three times about Michael Flynn‘s connections to Russia for fear of him being blackmailed by the country.

Yates said that she came forward to the White House when she heard press accounts from President Donald Trump‘s administration giving false information about Flynn’s ties to Russia — more specifically Vice President Mike Pence. She added that she wanted to warn the White House so that they would not unintentionally “mislead the American public.”

She said that she contacted White House Counsel Don McGahn over the phone with her concern and requested a meeting shortly thereafter. They met three times total to talk about Flynn’s ties to Russia.

In the first meeting, she said that she informed McGahn how she obtained the knowledge about Flynn’s ties to Russia and “walked the counsel — with an associate — through (Flynn’s) underlying conduct.”

Yates said one of the biggest reasons that she was concerned about Flynn’s misconduct was because the Russians were aware of it, also knowing that he misled Pence.

“Not only did they know this, but they had proof of it,” Yates said. “That created a compromise situation where he could be blackmailed by the Russians.”

Watch a video of Yates confirming that she warned the White House in the video below.

Sally Yates testifies that she told the White House Flynn was compromised by the Russians https://t.co/3mI2yPBgc5 pic.twitter.com/sF94ZlA42v

“The first thing we did was explain that the underlying conduct Flynn engaged in was problematic,” she said. “It felt like people were entitled to know, and we wanted to make it clear we weren’t accusing (Pence) of providing false information to the American people.”

Yates said that anything Pence told the media about Flynn was based on what he told him. She added that she requested the meetings on the sensitive information so that the administration could make a decision on what to do next. She said that McGhan was concerned “taking action” against Flynn would interfere with the ongoing F.B.I. investigation, which Yates said it wouldn’t in fact do.

Flynn resigned amid the controversy 18 days after Yates first warned the White House.