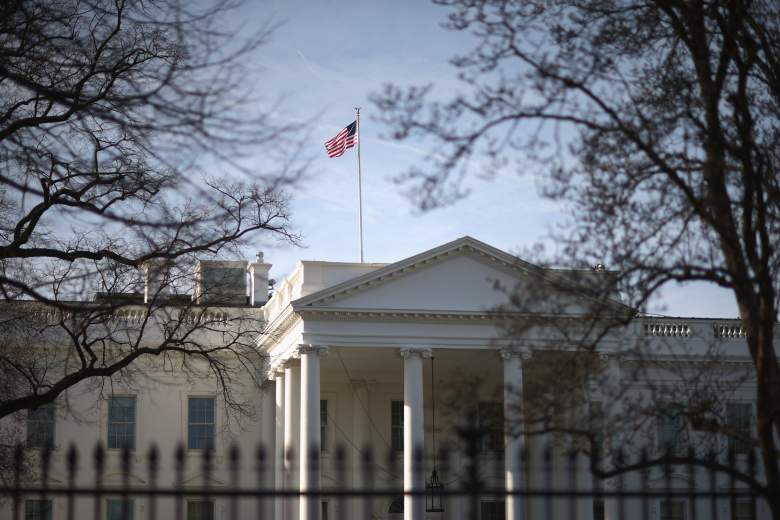 The White House is lit in a blue light to honor the men and women of law enforcement.

President Donald Trump issued a proclamation that May 15, 2017 be “Police Officers Memorial Day” and the official start of National Police Week.

Trump spoke glowingly of the duty that law enforcement officers perform on a daily basis. In a statement, he said that he called on Americans to observe “Peace Officers Memorial Day.”

In humble appreciation of our hard-working law enforcement officers, Melania and I will light the White House in blue on May 15. I call upon all Americans to observe Peace Officers Memorial Day and Police Week with appropriate ceremonies and activities. I also call on the Governors of the States and Territories and officials of other areas subject to the jurisdiction of the United States, to direct that the flag be flown at half-staff on Peace Officers Memorial Day. I further encourage all Americans to display the flag at half-staff from their homes and businesses on that day.

Trump said he requested all American flags to fly at half-mast to memorialize officers who died in the line of duty Monday.

There were 394 police officers across the nation who died while on duty last year, with Trump noting in his statment that 66 of those were “victims of malicious attacks.” The administration said it’s an increase of 40 percent from 2015.

Earlier in the day Monday, Trump gave an address at the 36th Annual National Peace Officers Memorial Service on the steps of the Capitol.

During his speech, he accused politicians of failing to support law enforcement, saying that many officers continue to be subjected to “unfair defamation and vilification.”

Trump added that he would “make it a priority” for the federal government to devote resources to local law enforcement.

“You are the thin blue line between civilization and chaos,” he said. “Because you don’t hear it nearly enough, I want you to know that patriotic Americans of all backgrounds truly support and love our police. The very sad thing is that today many politicians don’t want to say that, they don’t want to talk about that, because it’s not politically correct, and they think it might hurt them with voters. I will say it, and I will talk about it proudly.”

Loading more stories
wpDiscuz
0
0
Would love your thoughts, please comment.x
()
x
| Reply
President Donald Trump on Monday vowed to have the White House lit up with blue light to honor police officers who have died in the line of duty.