The White House was briefly locked down on May 31, according to Fox News, although other reporters disputed that account. The Secret Service did tweet, though, that it had detained a potential White House barricade jumper.

“@SecretService detains individual who attempted to jump over bike rack barricade near @WhiteHouse,” the Secret Service tweeted. The Secret Service followed that up with a tweet that said, “Update: @WhiteHouse security condition returns to normal. Pedestrian traffic resumes.”

The Secret Service did not release more details about the individual.

Photos showed burly Secret Service agents with weapons positioned on the White House lawn. However, one prominent reporter noted that this is not an unusual sight for the White House.

Fox News reported that the White House was locked down.

Just as quickly, the network reported the White House was no longer locked down.

“4 Secret Service agents tell me there is no lockdown,” reported a One America News reporter.

Wrote an ABC 7 reporter on Twitter: “#Breaking White house REPORTED to be on lock down right now. Still trying to confirm more.”

#BREAKING The White House is on lockdown right now for an unknown reason. LIVE: https://t.co/XfHWRuwWhO pic.twitter.com/4mgTp25pvC

Tensions are running high in the controversial administration. On May 30, comedienne Kathy Griffin sparked outrage when she shared photos of herself holding a mask designed to look like President Donald Trump’s bloody severed head. CNN then cut ties with Griffin as a result. Also, on May 31, the Secret Service held a press conference with Washington D.C. police to discuss the arrest of a Pennsylvania man who is accused of bringing weaponry into a parking garage outside the Trump International Hotel in Washington D.C. Those incidents appear wholly unrelated to the White House lock down reports, but they do highlight the security concerns that can arise when protecting a controversial and divisive president.

The White House has also dealt with barricade jumpers before. In March, a 26-year-old California man stressed out by a job layoff was accused of scaling a White House fence while President Donald Trump was inside the building. Jonathan T. Tran allegedly brought along a letter to Trump, in which he said he had evidence about “Russian hackers” that he wanted to give the president. In that incident, USA Today reported that the suspect was not discovered on the White House grounds until “officers bumped into the individual near the South Entry of the executive mansion,” but the newspaper reported that the president was never considered to be at actual risk.

In 2014, a jumper actually made it inside the White House, which led to an overhaul of security.

You can read more about the man arrested at the Trump hotel here: 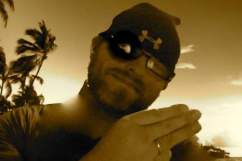 Read More
Breaking News, Secret Service, White House
Fox News reported that the White House was briefly locked down, and the Secret Service said an individual tried to jump over a barricade.