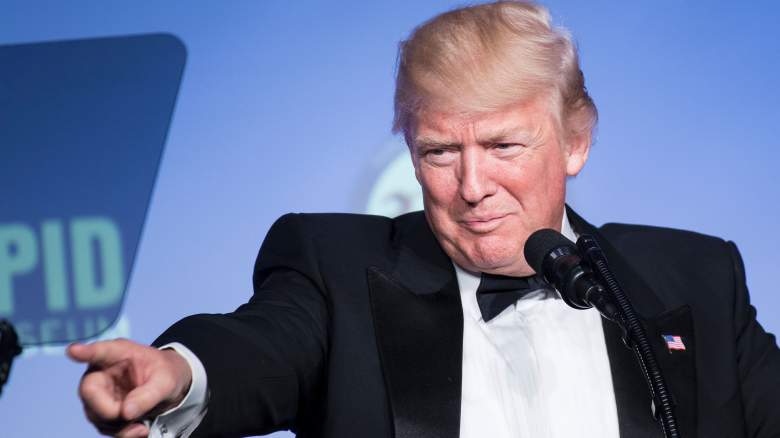 After President Donald Trump’s attorneys sent a letter to Trump about a review of his tax returns for the past 10 years said, “with few exceptions,” the returns didn’t reflect “any income of any time from Russian sources,” Twitter users turned #WithFewExceptions into a trending meme.

In the letter from Morgan Lewis attorneys, the lawyers state that they have completed a “review” of Trump’s tax returns from the last 10 years.

The letter then goes on to list three exceptions, including a third “catch-all” exception.

The Associated Press reports that the lawyers didn’t make copies of Trump’s tax returns available, so it couldn’t verify their claims. The White House told the AP that the letter was written after Senator Lindsey Graham, who is leading one of the Congressional investigations into Russia’s interference with the 2016 election, made a request.

Trump has refused to release his tax returns, although MSNBC obtained Trump’s 2005 tax returns in March. The FBI is investigating possible collusion between the Trump campaign and Russia, while Congress is investigating Russia’s role in the election.

The AP’s first tweet about the letter included the “with few exceptions” quote, which set off a Twitter firestorm.

BREAKING: Trump lawyer: Tax returns from past 10 years show no "income of any type from Russian sources," with few exceptions.

Soon, #WithFewExceptions started trending in the U.S., with several prominent journalists even taking part in the fun. In addition, MSNBC reports that “withfewexceptions.org” was bought by Democrats and it now redirects to a site Trump/Russia ties.

Below are some of the best tweets.

Trump has always been honest, #withfewexceptions

The Titanic enjoyed many pleasant and uneventful hours' sailing. #WithFewExceptions

On a dark morning in the history of our democracy, the #WithFewExceptions hashtag is a ray of light. 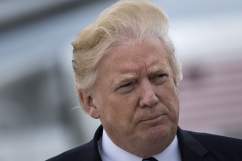 Read More
Donald Trump, Politics, Russia
Follow Heavy ↓
Twitter jokers took the knives out to make fun of "With few exceptions," a line in Donald Trump's lawyers' letter about Russia and his taxes.