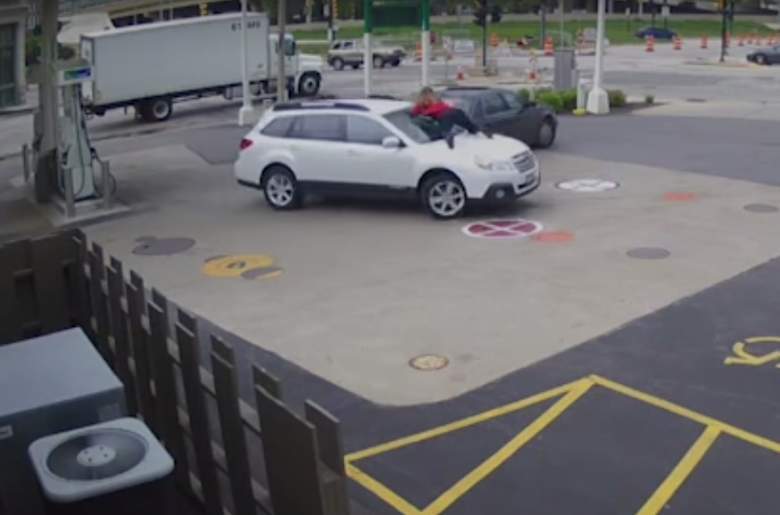 Startling surveillance video from a Milwaukee BP gas station puts into perspective just how lucky a woman is to be unharmed.

Melissa Smith was pumping her gas in Milwaukee’s Historic Third Ward at 350 N. Plankinton Ave. She had left her car running while she did so. Suddenly, a black Cadillac pulls up to the front of her car and a black male creeps out and into her driver’s seat. When Smith realizes what just happened, she tries to stop the ordeal.

Smith instinctively jumps onto the hood of her car, pleading with the carjacking suspect to get out and stop. The suspect drives forward toward the road and slams on his brakes with Smith holding on with all of her might. The driver brakes the car hard again, and Smith holds on for the duration.

Suddenly, a witness to the ordeal is shown in frame, and the driver gives up and exits Smith’s car, jumping into the back of the black car with the other carjacking suspects as it speeds off in another direction. Her car continues to roll out onto the busy road until she chases it down, hops into the front seat and puts it into park.

Watch the raw surveillance video below:

Smith was interviewed by local media after the chilling video surfaced. She told WISN-TV that she didn’t notice the Cadillac pull up or see the suspect enter her vehicle initially. Once she did, the first thought in her head was to either go after her purse or her car, and the price tag of her car was just too much.

I saw someone in my car and I had my, “this isn’t happening to me today moment.” He looked at me, and he laughed at me, which really irritated me. He was laughing while I was on my car and he was trying o throw me off. So zero remorse.

The thief did get away with Smith’s purse, iPhone and wallet. Nobody has been arrested yet in the scary incident. 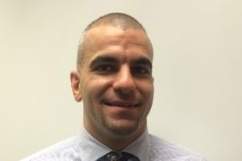 Loading more stories
wpDiscuz
9
0
Would love your thoughts, please comment.x
()
x
| Reply
Melissa Smith was pumping gas when a thief got into the front seat of her car and tried to drive away. She jumped on the hood to stop it. Watch the video.