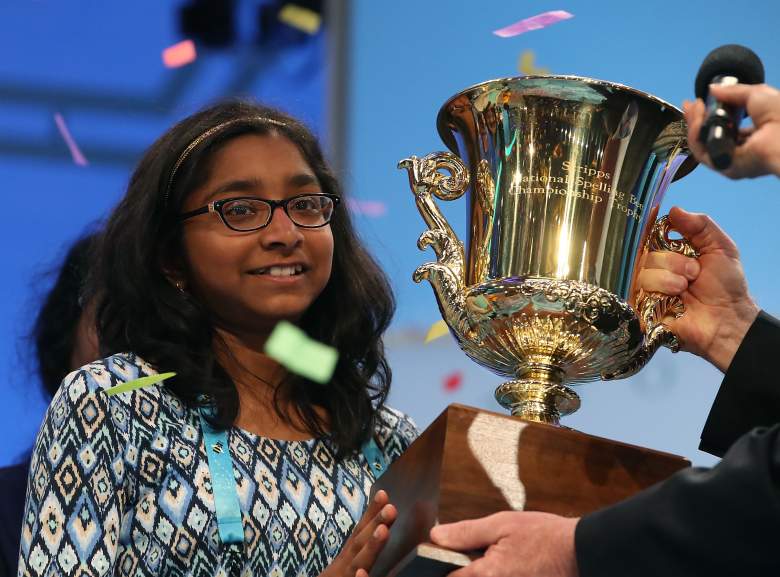 Ananya Vinay, a sixth-grader from Fresno, California, is the winner of of 90th Scripps National Spelling Bee. Her win came after runner-up Rohan Rajeev misspelled the word “marram,” and she was able to spell “gifblaar” and “marocain” correctly.

Marocain is a French word for a dress fabric made of ribbed crepe. Marram is a Scandinavian-derived word for beach grass.

1.Vinay Becomes the First Person To Win Outright Since 2013

The 2016 spelling bee was won by Jairam Hathwar and Nihar Sai Reddy Janga after they exhausted the list of words.

Scripps added a tiebreaker test this year, to prevent further ties, but it was not needed. Vinay won the spelling bee after 21 rounds of head-to-head competition with Rajeev. For Rajeev, a 14-year-old eighth-grader from Edmond, Oklahoma, it was his first and only time competing in a Scripps Spelling Bee. 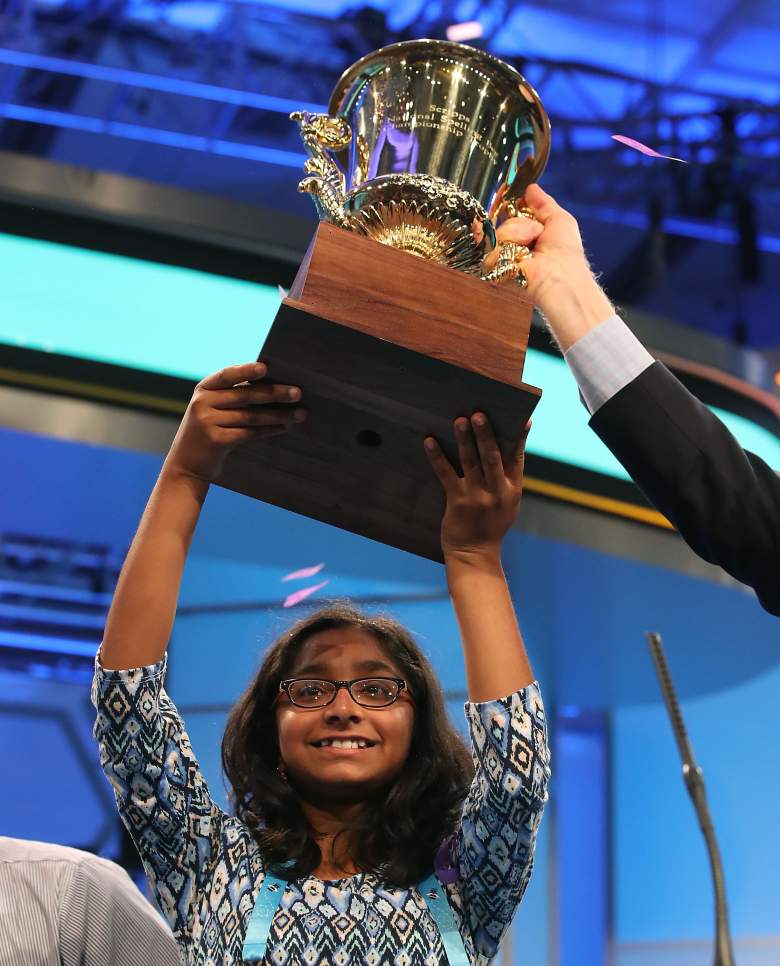 Vinay will take home a $40 thousand cash prize and an engraved trophy from Scripps. She will receive a $2,500 savings bond and a complete reference library from Merriam-Webster. Vinay will receive $400 of reference works including a 1768 Encyclopedia Britannica Replica Set Deluxe Edition and a three-year membership to Britannica Online Premium. She also receives a trip to New York City where she will appear on LIVE with Kelly and Ryan and a trip to Hollywood and an appearance on Jimmy Kimmel Live!. Her School and Sponsor will receive Scripps National Spelling Bee engraved plaques.

All spellers from the event receive a Kindle Paperwhite, a one-year subscription to Merriam-Webster Unabridged Online, a 2017 United States Mint Proof Set from Jay Sugarman and a one-year membership to Britannica Online Premium.

3. Vinay Is the First Female To Win The Bee Outright Since 2012 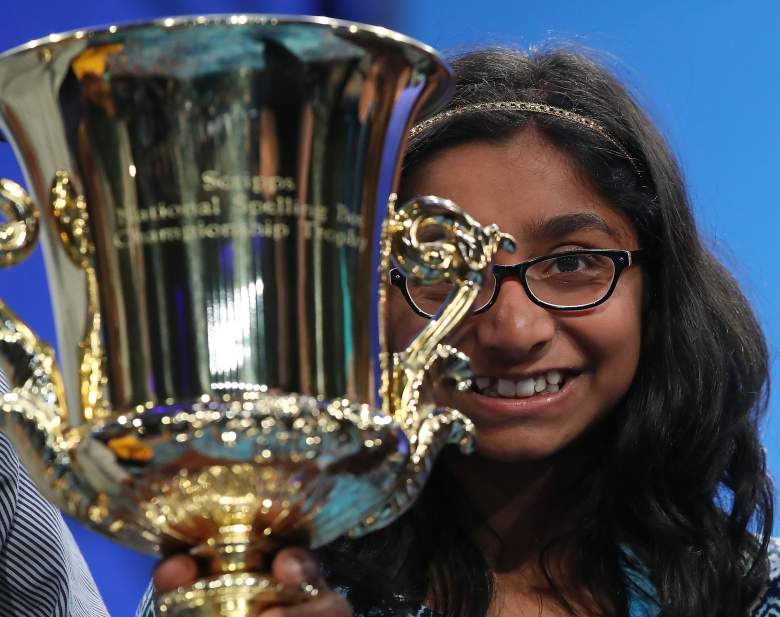 Vanya Shivashankar was co-winner of the bee in 2015. Shivashankar and Gokul Venkatachalam shared the victory after they both made it past the 20th round.

4. Vinay Is the 13th Consecutive Indian-American to Win

According to The Guardian, Vanay is the 13th consecutive Indian-American to win the bee and the 18th of the past 22 winners with Indian heritage. Nupur Lala’s victory in 1999 started the steak. Lala’s victory is featured in the documentary Spellbound.

According to The Guardian, Vinay, like most of her predecessors, honed her craft in highly competitive national bees that are limited to Indian-American’s. She has taken part in the North South Foundation and the South Asian Spelling Bee.

5. Vinay Has a Passion For Words

According to the spelling bee blog, Vinay’s favorite word is spizzerinctum, which means ambition to suceed. Another of her favorite words is Philomel, a word that means nightingale. It comes from the tale of a princess who was turned into a nightingale.

“It motivates me,” said Vinay. “I hope I get a word I know and I just keep going.”

Vinay told the blog she likes to volunteer because she like to help people. She would like to be a doctor, scientist or a writer. She likes reading mythology and adventure stories.

“I like finding stories behind words, investigating them further,” said Vinay.

Loading more stories
wpDiscuz
10
0
Would love your thoughts, please comment.x
()
x
| Reply
Ananya Vinay, a sixth-grader from Fresno, California, won the 90th Scripps Spelling Bee. She is the first sole champion of the bee since 2013.