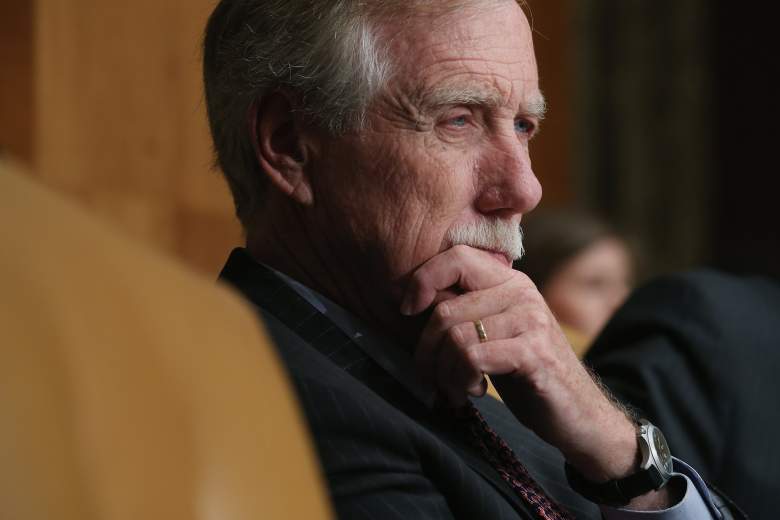 King, an Independent who caucuses with the Democrats and Senate Intelligence Committee member, got into a heated exchange with Rogers at the hearing.

Here’s what you need to know about King:

1. King Questioned Them On The Possibility Trump Would Attempt to Stop Them From Testifying 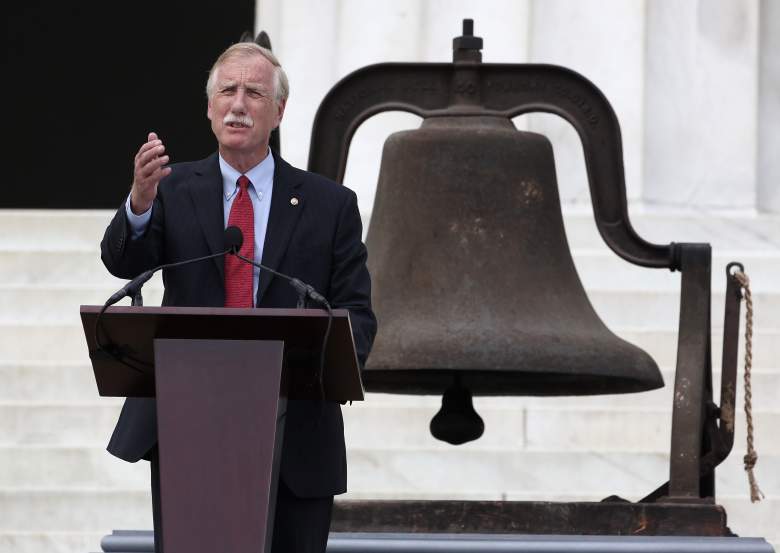 According to TPM, both Rogers and Coats refused to answer questions about recent reports that President Trump asked them to intervene with the FBI to get the agency to back off its investigation into former national security adviser Michael Flynn.

Nearly two hours into the hearing, the exchange went down as follows:

I would like a legal justification for your refusal to answer,” said King. “Why are you not answering these questions? Is there an invocation of executive privilege?”

Rogers said he is “not aware of” an attempt to invoke executive privilege, but said he is in touch with the White House counsel’s office on the matter of what he can and cannot say in a public hearing.

“To be honest, I didn’t get a definitive answer,” said Rogers. “I’m not interested in repeating myself, sir. And I don’t mean that in a contentious way.”

“Well I do mean it in a contentious way,” King shot back. “I don’t understand why you are not answering our questions. When you were confirmed, before the Armed Services Committee, you took an oath. ‘Do you solemnly swear to give the committee the truth, the fully truth, and nothing but the truth so help you God?’ You answered yes to that.”

Rogers said he felt it was “inappropriate” to reveal details of his private conversations with the president and with Comey in an open hearing.

King then asked Coats, “What is the legal basis for your refusal to testify to this committee?”

I’m not sure I have a legal basis,” said Coats. “But, I’m more than willing to sit before this committee during its investigative process in a closed session and answer your question.”

2. King Recently Said That Impeachment of Trump Is a Growing Possibility 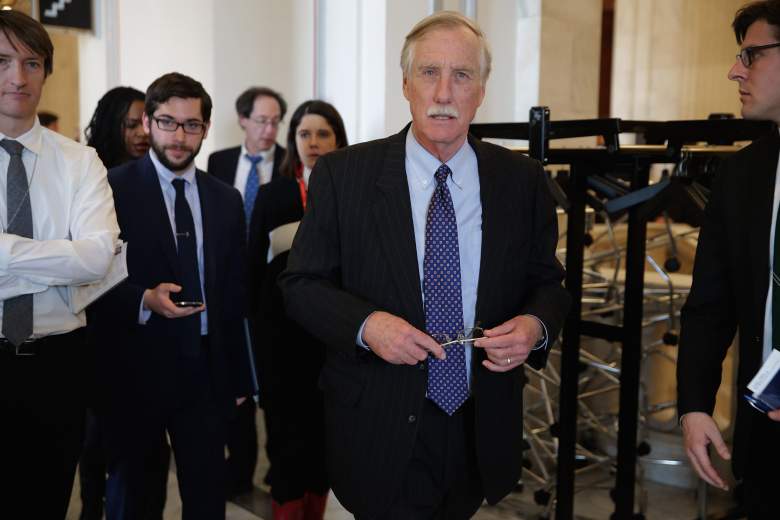 Back in May, King said that impeachment of President Donald Trump is a growing possibility, if reports are true that he asked former FBI Director James Comey to end the investigation of former National Security Adviser Michael Flynn, according to the Huffington Post.

Watch King’s interview with CNN below:

.@wolfblitzer: Could we be moving toward an impeachment process?

“Obstruction of justice is such a serious offense,” said King. “And I say it with sadness and reluctance. This is not something I’ve advocated for, the word has not passed my lips in this whole tumultuous three or four months. But, if indeed the president tried to tell the director of the FBI, who worked for him, that he should drop and investigation – whether it was Michael Flynn or whether it was some investigation that had nothing to do with Russia or politics or the election – that’s a very serious matter.” 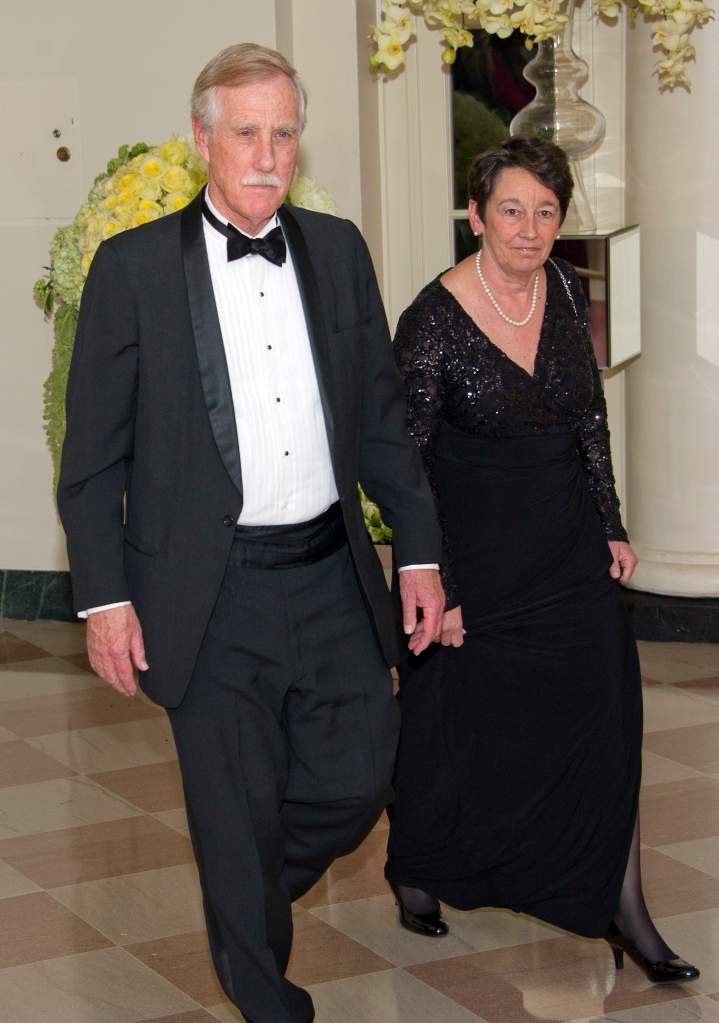 In 2012, King joined Bernie Sanders of Vermont as the second Independent Senator, when he won the Maine Senate race.

King beat out GOP contender Charlie Summers and Democratic hopeful Cynthia Dill and replaced Republican Sen. Olympia Snowe, who blamed partisan gridlock in Washington for her decision to retire after 18 years in the Senate, according to the Huffington Post.

In 2014, King put an end to speculation that he might switch from caucusing with Democrats and join the Republican majority.

“I think it’s in Maine’s best interests to have a senator in each camp,” King said in a news conference. “The reality of the current Senate, whether it’s controlled by Democrats or Republicans, is that nothing will happen without bipartisan support.” 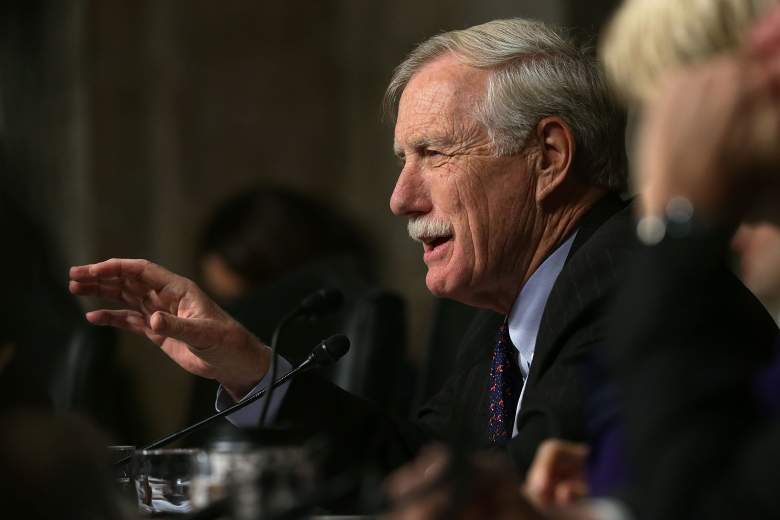 King became the second Independent governor of Maine. James B. Longley was the first. King was reelected to a second term in 1998. King’s 59 percent of the vote was the highest a candidate had received since Brennan’s 1982 reelection with 62 percent of the vote.

King was the only governor in the United States unaffiliated with any political party during his tenure. He was one of only two governors not affiliated with either of the two major parties. Jesse Ventura of Minnesota, who was a member of the Reform Party, was the the other.

5. King Is Married To Mary Herman 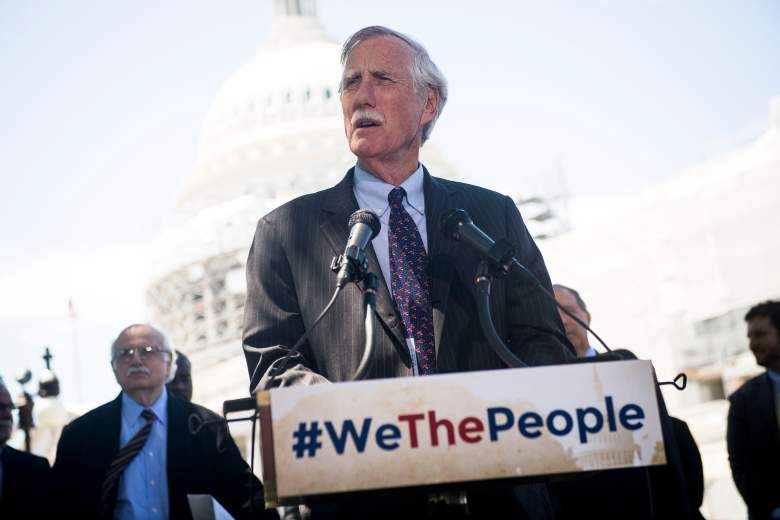 King is married to Mary Herman and has four sons, Angus III, Duncan, James, and Ben. The couple also has a daughter, Molly, and six grandchildren.

Herman runs a consulting business based in Maine. She actively chaired the Maine Family Literary Task Force and initiated Read to ME, which provided every entering Maine kindergartner a new book. She champions many causes the focus on improving women’s health in Maine and support for Maine youth. She also made it her mission to promote Maine-made items. She was part of the core group that lauched ‘Maine Made,’ a campaign that now promotes more than 1,000 Maine companies.

King was born in Virginia and attended Dartmouth College and the University of Virginia Law School. In his free time, he enjoys exploring the Maine outdoors – either on his Harley or with his family in their camper, according his Senate.gov biography.