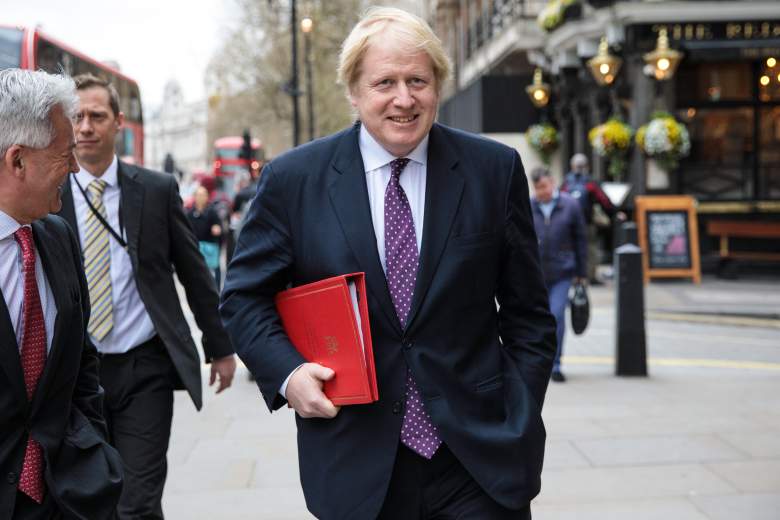 What seemed like it wouldn’t ever be a possibility may actually come to fruition.

Boris Johnson has a legitimate shot at becoming the United Kingdom’s next Prime Minister.

Exit polls in the General Election on June 8, to the surprise of many, showed disappointing results from the Conservative Party in the U.K. Many have lost faith in Theresa May, and Johnson could potentially emerge as the next British leader when all is said and done.

Bookmakers have put Johnson’s odds of taking over Parliament at 7/1, meaning that as of June 9, there is a 13 percent chance of him becoming the next leader of the Conservative Party after May. It’s an incredible rise when you put it into perspective.

Before the General Election, Johnson was an absolute long shot to do so with 50/1 odds.

Another odds maker, Sky Bet, increased his betting odds similarly, saying he now has a 5/1 chance at becoming the next PM.

Boris Johnson to be the next Prime Minister:

Johnson, who has Donald Trump-like hair and the same off-the-cuff demeanor, is well-known in the U.K. for his quirky ways.

Johnson has been outspoken at the London’s reluctance to allow Trump to come and visit. In January, Johnson met Trump’s team on a visit to New York.

1. Johnson Was a Figure of the ‘Leave’ the E.U. Campaign 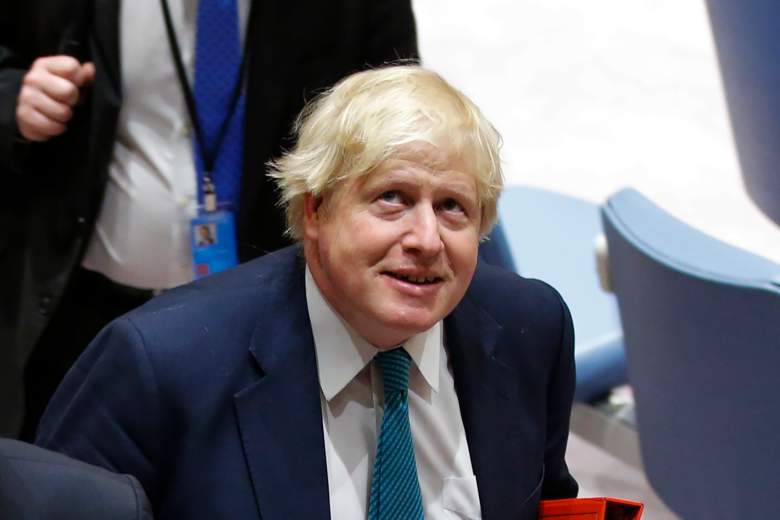 In 2016, Johnson emerged as one of the most prominent figures of the “Vote Leave” campaign that aimed to withdraw the U.K. from the European Union.

He had long sought to be the one to replace former PM David Cameron as Conservative leader, and he was often the center of media coverage for when he refused to say clarify his support of Brexit.

In February 2016, Johnson officially endorsed the “Vote Leave” campaign in the E.U. membership referendum. He took aim at Cameron, who had long rallied to remain in the E.U., saying that his fears as to what would happen if the U.K. left were “greatly over exaggerated.”

One day before the vote on the referendum, Johnson said the next day would be considered “Britain’s independence day” at a debate.

The “Leave” campaign ended up winning the E.U. vote, and Cameron resigned as PM. That propelled Johnson to stardom, as he was regarded as the front-runner to replace Cameron.

But despite the momentum, Johnson said he wasn’t going to campaign to be the leader of the Conservative Party because he didn’t think that he would be able to provide the leadership necessary to unite the party.

May eventually became leader of the party and the PM, and Johnson was appointed as was her foreign secretary. 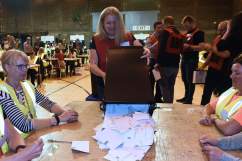 What Is a Hung Parliament in the U.K.?

2. Johnson Had Dual Citizenship to the U.K. & United States 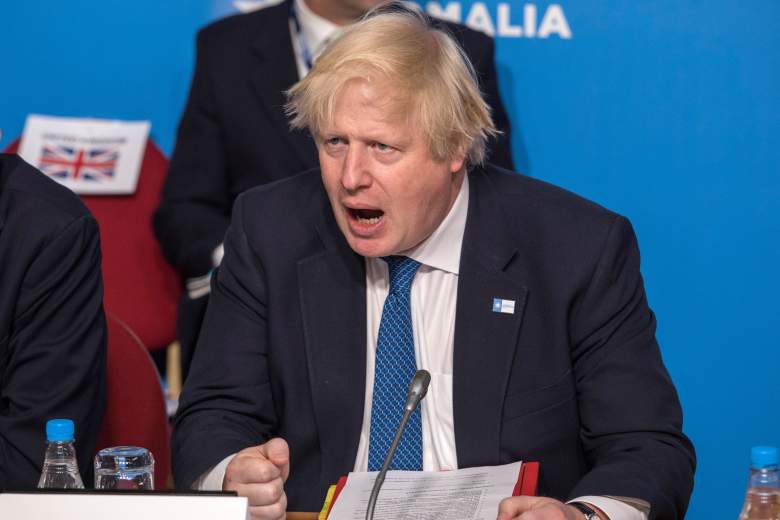 One year before giving birth to Boris in New York City, Stanley Johnson and Charlotte Fawcett — both English citizens — got married and moved to the United States. Boris was granted both American and British citizenship at the time of his birth, though he eventually gave it up.

In 2015, he vowed to give up his citizenship in the U.S. to show just how loyal he was to the U.K., and he followed-through on that promise in 2016 when he announced that he was indeed giving it up.

Shortly after Johnson his birth, his family moved back to Britain.

His father briefly studied economics at Columbia University prior to his birth, but they moved back to Britain just three months afterward. They did so in order for Charlotte to study at the University of Oxford.

According to his biography titled Just Boris: Boris Johnson: The Irresistible Rise of a Political Celebrity, the couple had a daughter together in 1965, and the family moved from London until finally relocating to Washington D.C. in 1966 when Stanley got a job with the World Bank.

In 1967, the couple added another child to the family with the birth of Leo. They relocated to Connecticut once Stanley got another job, but finally returned to the U.K. for good in 1969.

Johnson’s biography said that he suffered from “severe deafness” when he was a child, which forced him to undergo multiple operations to install grommets inside of his ears.

In 1980, Johnson’s parents got a divorce, and he spent most of his time with his mother in Notting Hill.

Johnson was awarded a scholarship to study at Eton College, where he became a well-known figure at the school. He finished up schooling there and traveled to Australia to teach English and Latin at a boarding school.

After one year doing that, he received another scholarship for schooling, this time at Balliol College, Oxford. He played rugby there and found love.

In 2014, Johnson was hit with a huge tax bill in the U.S. from the IRS because of capital gains, and he disputed it. Ultimately, he ended up paying it. 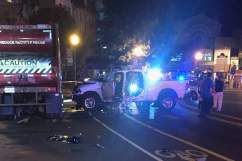 3. Johnson Was Mayor of London for 8 Years 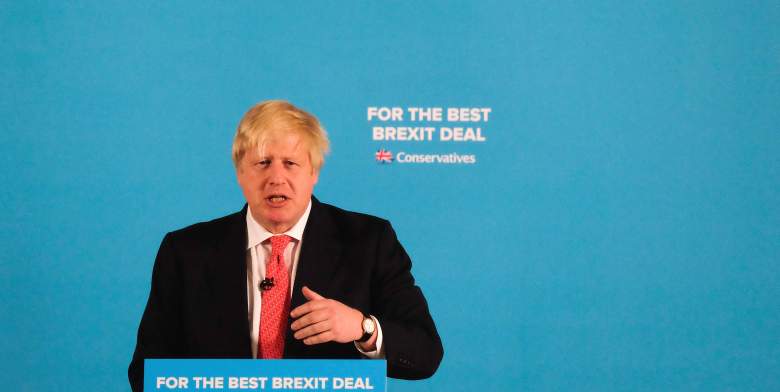 After building a base in politics, Johnson announced his intention to run for the position of mayor of London in 2007, ahead of the 2008 election. His biography talked about how the Conservative Party didn’t take his candidacy for real at first, but once a prominent candidate withdrew from the election, Johnson was given the support of Cameron and started receiving numerous other endorsements.

He was eventually selected as the Conservative candidate by an overwhelming margin, gaining 79 percent support in the city-wide primary.

His mayoral campaign centered around reducing crime with involving young people while also making transportation safer. Some voters, even though they weren’t Conservatives, said they would vote for him because of the entertainment value he brings.

Controversy arose during his campaign when he admitted to using cocaine and marijuana when he was a student, and he “utterly and unreservedly” condemned the British National Party at one point.

One of his first big policies was placing a ban on drinking alcohol on public transportation.

Johnson was re-elected in 2012 in another race against Livingstone, and then successfully oversaw London’s hosting of the 2012 Summer Olympics.

His tenure as mayor was filled with much controversy for things that he said or did, and he decided not to seek re-election in 2016. Current London Mayor Sadiq Khan won the 2016 election as a member of the Labour Party, defeating Conservative Zac Goldsmith handily. 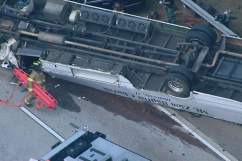 4. Johnson Once Was Fired for ‘Falsifying Information’ When He Was a Journalist 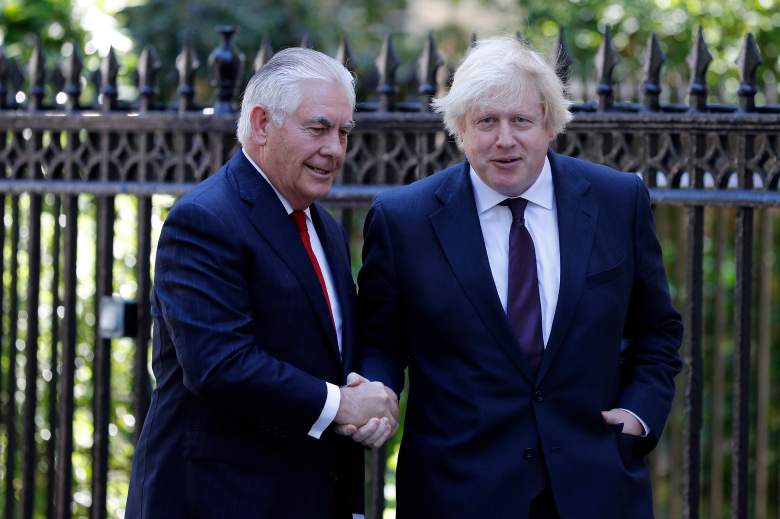 Johnson found a love for writing during his schooling, especially at Oxford. He was a co-editor of the school’s satirical magazine called Tributary.

Shortly after his schooling, Johnson realized that he didn’t want to be a management consultant and instead started his career by being a trainee at The Times, a national newspaper that’s based in London.

But that’s where trouble struck. He made up a quote in an article about the archaeological discovery of Edward II’s ancient palace. He said that the quote came from his godfather, who happened to be a historian. He was fired shortly after the falsification was discovered.

After he was fired by The Times, he found work at The Daily Telegraph. He was assigned to the newspaper’s bureau in Brussels and quickly became known as one of the top journalists in the city, though many others in the field remained critical of him.

Johnson turned down a request to be a war reporter once and was promoted to be the paper’s assistant editor and chief political columnist, a position he held from 1994-1999.

He was then offered a lucrative job to work for right-wing leaning The Spectator, and the circulation grew 10 percent to turn a profit under him. Former employees had complained that he was often late for meetings and with his assignments. In addition, he was criticized for allowing a columnist to publish racist and anti-Semitic language.

Soon enough, Johnson found his way into politics, but didn’t give up writing. He continued to write columns for publications and made TV appearances when he was an MP. He also wrote a number of books.

5. Johnson Is Married Twice & Has 5 Children 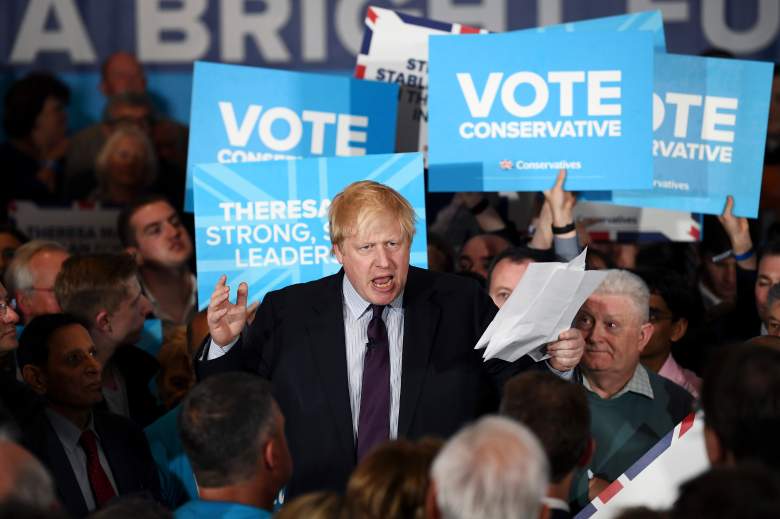 When he went to Oxford in 1990, Johnson entered a relationship with , Allegra Mostyn-Owen. They eventually became engaged and got married in 1987. But their marriage lasted six years, getting a divorce in 1993 after multiple times of trying to reconcile.

Later in the year, though, Johnson met Marina Wheeler, the daughter of famous journalist and broadcaster Sir Charles Wheeler. The couple eventually got married later in May 1993 and had four children together: two daughters (Lara and Cassia) and two sons (Milo and Theodore).

In 2009, it was discovered that Johnson was the father of a daughter with another woman, an arts consultant.

Read More
UK
Follow Heavy ↓
wpDiscuz
3
0
Would love your thoughts, please comment.x
()
x
| Reply
Boris Johnson could be the U.K.'s next Prime Minister if Theresa May steps down from the position. Johnson is a journalist and the former mayor of London.