An Ada, Oklahoma man is being praised as a hero for shooting his neighbor when he saw the man trying to drown infant twins.

Cash Freeman was alerted to the peril the babies were in by a 12-year-old girl in the house, and he shot and killed Leland Foster, saving the infants’ lives, according to the Washington Post.

The infants had been born prematurely, The Ada News reported. Foster was the babies’ father.

On July 6, prosecutors announced that Freeman will not face charges, finding the shooting “justifiable use of deadly force under Oklahoma Law.” (His full name is David Cash Freeman).

1. Freeman Encountered Foster Trying to Drown the Twins in a Bathtub

The horrific sequence of events unfolded when Foster went over to the house of his estranged wife, Michelle Sorrells. A double homicide almost resulted.

Foster “held his estranged wife at knifepoint while he tried to drown their 3-month-old twins in a bathtub,” reported The Washington Post.

Before Foster could drown the twins – a boy and a girl – the 12-year-old girl in the house rushed over to the neighbor’s residence. She told Cash Freeman what happened, and that’s when he got involved, according to The Post. The girl was the niece of Sorrells.

According to a statement from prosecutors, “Mr. Freeman reported that even after firing two (2) shots, he still considered the decedent to be a threat observing him to [be] armed with the knife and responding to the cries of the mother to help her because she felt the children were going to die, and viewing the decedent’s evil intent expressed in his facial expression, he felt compelled to fire the third shot to attempt to get past this violent man to render aid and prevent the man from getting back up to harm anyone anymore.” 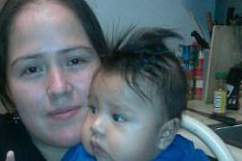 Freeman grabbed a revolver and rushed over to the neighbor’s home.

The quick-thinking neighbor saw what was unfolding in front of him and took action, killing Foster by shooting him.

He “broke in, saw the man holding the children in the bathtub, and shot him twice with a revolver,” reported KXII.

According to the Ada News, “shortly before 12:30 p.m. Friday, Central Dispatch received a call from an unidentified woman pleading for help…the woman told dispatchers a man — later identified as the children’s father — had a knife and was threatening to kill her and her babies. Over an open line…dispatchers could hear the woman screaming in the background amid sounds of a struggle.”

3. Freeman Is Being Lauded as a Hero

Cash Freeman has become a social media trend as people laud his heroic quick-thinking actions. He is married with children of his own, according to his wife’s Facebook page.

“Read about, Cash Freeman, who saved those babies! American hero! Please honor him! God bless,” wrote one woman on Twitter.

Another woman wrote, “#CASHFREEMAN, American Hero. Those children will know one day that you saved their lives, sadly because of their father was drowning them?”

Police questioned Freeman and then released him, but the local District Attorney will make the final decision about whether Freeman will face any legal culpability, reported WREG-TV. On July 6, he ruled that Freeman would not face charges.

4. Foster Was the Father of the Twins, Who Survived the Attack

The three-month-old twins were rushed to the hospital and survived the murderous attack, according to KXII.

The incident occurred on Friday, June 2, and the twins were released from the hospital the next day, according to the television station, which noted that Foster was the father of the babies.

KFOR-TV reported that Foster had a criminal history. “In 2011, he was charged with domestic abuse by strangulation and arson in the first degree,” the television station reported. Foster was 27-years-old and from Poteau, Oklahoma, according to The Ada News.

The above photo is of Freeman with his wife.

5. Freeman Said He Did What He had to Do

Freeman told KFOR that “he did what he had to do to save the babies” but expressed concern he could face legal trouble.

Freeman’s wife has posted many photos of the couple doing things normal couples do: Going to sporting events, getting married, and so forth.