A Philly-based TV reporter is making news for the wrong reasons after a video showing her abusing one of the city’s finest went viral. On June 4, Colleen Campbell, 28, was removed from the Helium comedy club in Philadelphia during a showcase featuring The Office’s Craig Robinson. Campbell’s “loud whispering” was disrupting patrons, according to comedian Wil Sylvince, who recorded Campbell’s interaction with the police.

Since the video went viral, Campbell has been fired from PHL 17 and her profile has been scrubbed from the station’s website.

You can watch the shocking video here, viewer discretion is strongly advised. In the aftermath of the video spreading online, Campbell has issued an apology.

After Campbell was ejected from the club, a cop walked over to the situation. Campbell calls the officer, “a f**king piece of s**t” and then says:

You’re f**king c**k suckers. I did not do s**t, I stood there and laughed like the rest of the audience like I should. I did not disrupt anybody.

The man who is with Campbell tries to calm the situation, the officer tells the man that he just wants the couple to go. That prompted Campbell to start up again:

Or what? Or what, motherf**ker? Lick my a**hole. How about that? F**king piece of s**t. That’s why nobody likes f**king police… idiots in this f**king town.

When Campbell looks as though she’s about to spit in the face of a club employee, the cop slaps the cuffs on. Campbell tells the cops that she works for a news organization and that “no wonder everyone wants to blow [cops’] f**king heads off.”

In his description of the incident, Wil Sylvince, said that Campbell was “very obnoxious” but he didn’t think she was drunk or high. 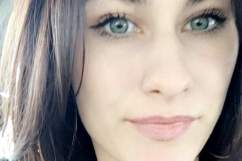 2. Campbell Says That She Only Had 1 Drink & That She Could Have Been Drugged

In a now-deleted Facebook post, Campbell says that she only had one drink and that she may have been drugged. According to Philadelphia Magazine, Campbell wrote:

I had one drink… and since have been fired from my job. I have never acted like this and asked to go to the hospital last night to find out if anything was slipped into my drink.

Campbell later told Philadelphia Magazine that she had a margarita and two shots prior to going to Helium and had two drinks there, not one.

Campbell then said in her Philadelphia Magazine interview that no tests had been done to see if she had been drugged:

No. The police told me that it would slow the process. But at the police station, they had trouble taking my blood pressure. It was so high. I was worked up…

The nurse [at the police station] said if I send you to the hospital it will really delay everything. I just wanted to get out of there. I was really worried about my job. She gave me something similar to a Benadryl. Then later I woke up and had a panic attack. I never thought to get any test done.

One of the servers at the Helium club, Alexander Jusino, told the New York Post, “I’ve never seen anyone like that before and I’ve been watching people get kicked out of comedy clubs for five years.” Jusino added that he thought Campbell could have been on “some other level.”

3. Campbell Is a ‘Journalist by Day, Bartender by Night’

According to her LinkedIn page, Campbell studied broadcast journalism at Temple University, graduating in 2016. During her time at Temple, Campbell produced content for the Philadelphia Neighborhoods multimedia reporting lab.

A bio that was written while Campbell was a student says that she is a native of the Philadelphia/South Jersey area. The profile reads, “Colleen developed a passion for telling stories about the city she knows so well… Colleen’s long term career goals include continuing a career in multimedia journalism and possibly earning a degree in Broadcast meteorology.”

Prior to her time at Temple, Campbell attended Rowan College at Gloucester County. Campbell writes in her bio:

4. Since the Video Went Viral, Campbell Has Deleted Her Social Media

Since the video went viral, at the time of writing it has nearly 1.5 million views on Facebook, Campbell as deleted her Facebook and Twitter accounts. Campbell told Philadelphia Magazine:

I feel awful. That’s not me or how I speak or how I talk or how I was raised. I had to delete all my social media, because I’m getting threats.

Campbell also took the time to apologize to the officer saying in the Philly Magazine piece.

5. Campbell Is Due in Court on June 13 on Numerous Charges Including Disorderly Conduct

The Philadelphia Inquirer reports that Campbell will appear in court on June 13 to answer to charges of resisting arrest, criminal mischief and disorderly conduct.”

A spokeswoman for Campbell’s former employer, PHL 17, told the Inquirer, “Colleen Campbell is no longer employed by PHL17.”

Campbell explained how she was fired to Philadelphia Magazine saying:

When I came home, I called my producer to talk about why I was absent. I didn’t realize a video was out. I found out about it later, because HR called me and said I was being terminated. They said there’s a video. I said, “What video?” 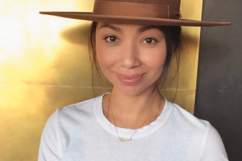 Loading more stories
wpDiscuz
132
0
Would love your thoughts, please comment.x
()
x
| Reply
A Philly-based TV reporter is making news for the wrong reasons after a video showing her abusing some of the city's finest went viral.