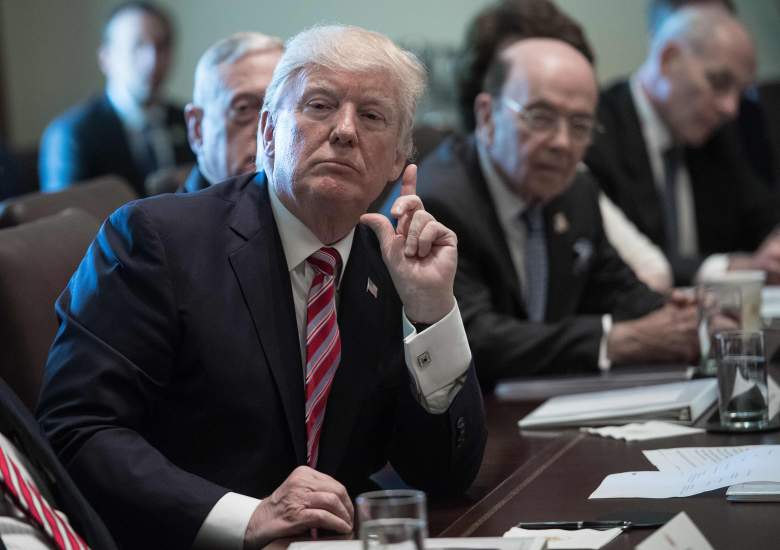 Donald Trump in a cabinet meeting on June 12. (Getty)

President Donald Trump might have earned praise from his cabinet appointees this week, but he’s not getting those kinds of unanimous compliments from the American people, based on a new Gallup poll. The most recent poll shows Trump reaching a new low, with 60 percent disapproving of the job he’s done as president.

Gallup previously reported that its poll for the week ending on June 11 showed Trump with an average 37 percent approval rating and 58 percent disapproval rating.

The same poll showed just how divided the country is though. Republicans gave Trump an average 83 percent approval rating, while just 8 percent of Democrats approve of his job performance. Notably, Trump’s support among Independents continues to erode, with only 31 percent approving of his performance.

Gallup’s polling is consistent with other polling averages. FiveThirtyEight.com’s average has Trump’s approval rating at 38.1 percent, while 55.8 percent disapprove. The RealClearPolitics average sits at 38.6 percent approval and 56.0 percent disapproval.

A Public Policy Polling poll released on June 12 shows that 49 percent of the 811 respondents believe Trump obstructed justice and only 41 percent believe he did not. Comey testified that Trump told him to drop the investigation into former National Security Adviser Michael Flynn, but Trump has disputed this.

The PPP poll also found that just 13 percent of respondents think the FBI director should do whatever a president tells him to do, and 54 percent believe that Trump fired Comey over the Russia investigation. The poll also found that just 24 percent of voters approve of the Republicans’ American Health Care Act, which was passed by the House. Fifty-nine percent of those polled want Obamacare (the Affordable Care Act) to stay in place so it can be fixed.

In addition, only 41 percent of those polled by PPP approve of Trump’s performance, while 52 percent disapprove.