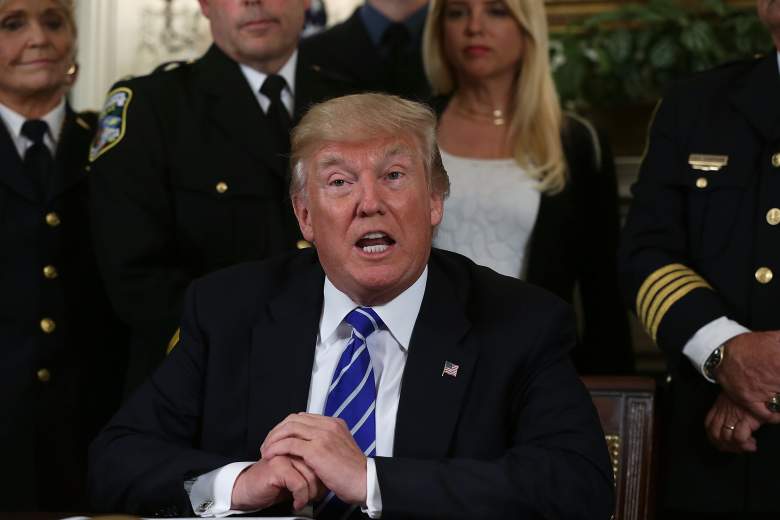 A White House official has confirmed that President Trump filed for an extension on his 2016 tax returns, according to ABC News.

The news was also tweeted by NBC’s Kelly O’Donnell. O’Donnell said, “Not unusual but delays public attempts to seek his records.”

According to CNN, the official did not say when the extension was filed or the reason cited. President Trump has refused to release his previous returns because he has said he is under audit, according to CNN.

Filing an extension with the Internal Revenue Service, gives people an extra six months to file taxes. Trump will now have until Oct. 18 to file his taxes.

According to ABC, The White House has already dismissed the idea of making any of Trump’s past tax returns public, claiming that he still remains under audit by the International Revenue Service. The IRS has said “nothing prevents individuals from sharing their own tax information.”

Trump’s returns have become of particular interest to some congressional investigators probing Russia’s efforts to meddle in the 2016 election, according to The Hill.

Last month, President Trump’s lawyers said that Trump’s last 10 years of tax returns do not reveal “any income of any type from Russian sources, with few exceptions.” Trump did receive income from the 2013 Miss Universe pageant held in Moscow and a property sold to a Russian billionare for $95 million, according to The Hill.

Trump was the first candidate in recent history not to release any tax returns during his campaign. The move has raised questions about his net worth, his sources of income and how much Trump has paid in taxes over the last four decades, according to ABC.

In March, MSNBC obtained two pages of Trump’s IRS 1040 form that showed Trump paid $38 million in federal income taxes on a reported income of $150 million. So far, those two pages are the only information on Trump’s taxes that have been made pubic.