Eli Thompson, an Alabama boy who survived for two years without a nose, has died. His father, Jeremy Finch, announced the sad news on June 4, exactly two months after he celebrated his second birthday. But his story still touched thousands, many of whom donated to a GoFundMe page to help his parents pay for his medical bills and funeral.

Here’s what you need to know about Eli, who was dubbed a “miracle baby” after his birth, and his rare condition.

1. Eli Was Born With Arhinia, Which Only Effects 1 in 197 Million Births

Eli was born with a rare condition called arhinia, with his nose missing. The cause of the condition remains unknown, but it’s estimated that just one in 197 million babies are born with the condition.

Despite the condition and needing to breathe through his mouth, Eli was perfectly healthy, Brandi McGlathery, his mother, told AL.com.

“He just doesn’t have a nose. He has a few hormone deficiencies, but other than that he’s healthy,” Brandi said. She said she was worried about the day kids made fun of him at school, but she said she didn’t want anyone to feel bad for him.

“We don’t want anyone to pity him. We never want anyone to say they feel sorry for him. If other people express that, he’ll feel that way about himself,” Brandi told Al.com.

Right after Eli was born, he was rushed to USA Children’s and Women’s Hospital in Mobile, Five days after his birth, he was given a tracheotomy.

2. When He Was 7 Months Old, Eli Met A Girl From Ireland Who Was Born Without a Nose

In October 2015, Eli met Tessa Evans, a two and a half-year-old girl from Ireland who was born with Ahrinia as well. As AL.com notes, Tessa’s mom, Grianne Evans, connected with Brandi over Facebook after Eli’s grandfather found Tessa’s Facebook page. After conversations online, Eli and Tessa met in Atlanta because Tessa’s father just coincidentally won a trip to Atlanta in a Coca-Cola contest.

After learning about Eli’s death, Grianne Evans wrote a tribute to Tess’ friend.

“Our family feels his loss deeply and send his family all the love we have, strength for the future and prayers for their precious baby. I will cherish the memory of getting to hold him in my arms. I was so sure I’d get the chance again,” Grianne wrote. “Sleep tight Eli.”

Tessa also became an international sensation. Even The New York Daily News published a story on her. 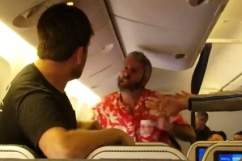 3. Eli’s Dad Didn’t Reveal His Cause of Death

Eli’s father, Jeremy Finch, announced the devastating news of Eli’s death on Facebook on June 4. He did not reveal the cause of death. According to AL.com, Eli died at 10:40 p.m. on June 3 at Springhill Medical Center in Mobile.

We lost our little buddy last night. I’ll never be able to make sense of why this happened, and this will hurt deeply for a long time. But I’m so blessed to have had this beautiful boy in my life! He finished his race a lot earlier than we would have liked, but it was God’s time to bring him back home. I’ll forever look forward to seeing him at the gates of Heaven waiting on me to give me another one of his famous fist bumps! I love you little man. Rest in peace with my Father.

During an interview with AL.com, Jeremy said his son was “very, very bright and happy, always smiling and giving everybody fist bumps.”

Eli had to use baby sign language to communicate and was just starting speech therapy at home. “His favorite sign was ‘cookie,'” Jeremy recalled, since Eli would ask for one every day. 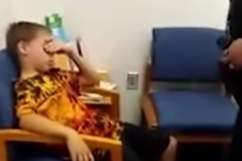 4. A GoFundMe Account Has Raised Over $19,000 for Eli’s Family to Pay Medical Expenses & Funeral Costs

Shortly after Eli’s death, Jeremy launched a GoFundMe account with a modest goal of $12,000 to pay for medical expenses and Eli’s funeral. As of this writing, the fund has raised $19,770.

All money raised past the goal will be donated to national and local charities, Eli’s father wrote.

“We’ve surpassed our goal for Eli’s services. We thank you all from the bottom of our heart,” Jeremy wrote. “Please know that if you wish to continue giving, you will be contributing to local and national charities in Eli’s honor. Thank you so much for your overwhelming support in this time of sorrow. May God bless you all for your kindness.”

Cassidy Hooper is another inspiring story. She was born without a nose and eyes. The North Carolina-born Cassidy is now 20-years-old.

When she was 17, Cassidy was profiled by ABC News. At the time, she was undergoing her final surgery to give her a nose. She started having skin graft surgeries at age 11 at Levine Children’s Hospital in Charlotte, but she never let these challenges stop her.

“Things always may be hard,” she told ABC News. “But here’s what I think: I don’t need easy, I just need possible.”

In July 2015, WBTV reported that Cassidy’s story inspired a Swiss mother, whose son Ben was born without eyes and a nose.

“She has lots of questions,” Cassidy’s mother, Susan, told WBTV. “I told her I always wondered, ‘why me?’ when it came to being Cassidy’s mom. But I have learned it has nothing to do with me. It’s all about how Cassidy can inspire others. And what mom wouldn’t want that of their child?”

Loading more stories
wpDiscuz
7
0
Would love your thoughts, please comment.x
()
x
| Reply
Eli Thompson, a 2-year-old Alabama boy born without a nose who was a called a "Miracle Baby," has died. Here's a look at his inspiring story.