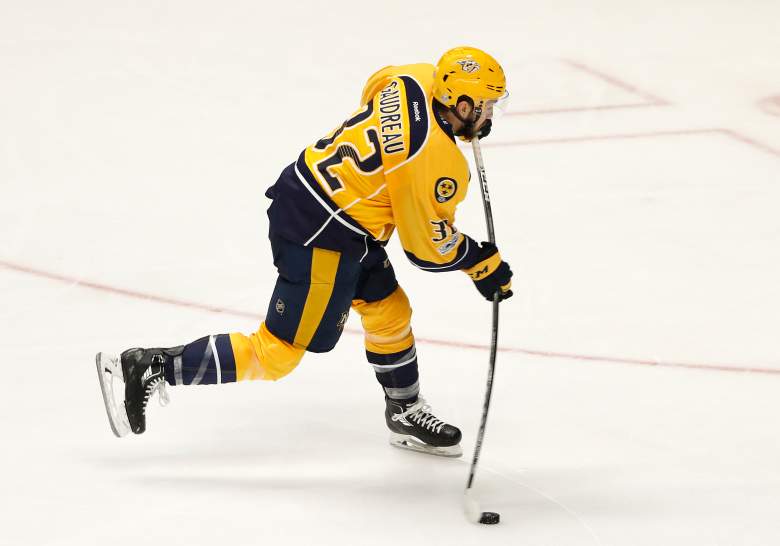 Frederick Gaudreau is the leading the Nashville Predators in goals scored so far during the Stanley Cup Finals. (Getty)

The Nashville Predators have been the darlings of the hockey world this postseason — coming in as the final wild card team out West, sweeping the vaunted Chicago Blackhawks in the first round, and then taking care of the experienced St. Louis Blues, and ultimately getting past the rugged Anaheim Ducks in the Western Conference Finals to reach the Stanley Cup Finals.

There they met the defending Stanley Cup champion Pittsburgh Penguins so one figures the fun would have to stop there. Well, one would be wrong as the Predators have made this a series after losing the first two contests on the road. Following two straight home wins, the Predators are all evened up with the Penguins heading into a pivotal Game 5 Thursday night back in Pittsburgh. 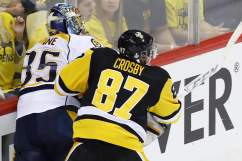 And who has led the way for the Preds? Well, besides goaltender Pekka Rinne getting his act together and defenseman Roman Josi doing his thing, Nashville has received a boost from the most unlikely of sources.

A gentleman by the name of Frederick Gaudreau — a 24-year-old rookie with nine regular season games under his belt — is leading the team in goals scored during the series with three. And no, he’s not related to Calgary Flames superstar Johnny Gaudreau — otherwise known as “Johnny Hockey.”

So who the hell is “Freddy Hockey”? Here’s everything you need to know:

1. Gaudreau is the Second Player in NHL History to Score His First Three Career Goals in the Stanley Cup Finals

According to ESPN, after Gaudreau netted his third goal of the series in Monday’s Game 4 win over the Penguins, he became just the second player in league history to record his first three career goals in the Stanley Cup Finals. The other? Johnny Harms of the 1944 Blackhawks.

Harms only wound up playing 43 games in the NHL, tallying 10 points (5 goals and 5 assists). Also, his Blackhawks lost to the Montreal Canadiens in that 1944 Stanley Cup Final, so maybe Harms isn’t someone Gaudreau should aspire to be on the ice but that’s besides the point. 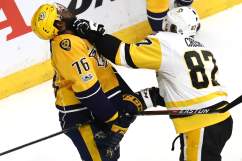 Prior to the Stanley Cup Finals, Gaudreau had played in just nine career regular season games, coming up with just one assist and eight shots on goal. But with the injury to Ryan Johansen, Gaudreau has been thrust into action, albeit on the fourth line.

He’s clearly making the most of his opportunity.

2. Gaudreau Went Undrafted Before Signing an AHL Contact in 2014

At 24-years-old, Gaudreau is a bit old for a rookie — especially considering you have rookies like Auston Matthews and Patrik Laine tearing the league up and they can’t even buy an adult beverage.

His path to the NHL wasn’t as conventional, either. Gaudreau spent four seasons in the Quebec Junior Major Hockey League beginning in 2011 — three with the Shawninigan Cataractes and one with Drummondville Voltigeuers. Over the course of 195 games in the QJMHL, Gaudreau scored 50 goals and handed out 84 assists, good for 134 points. According to the Hockey News’ Ken Campbell, Gaudreau won the league’s most unsportsmanlike player award in 2013-2014.

He signed with the American Hockey League’s Milwaukee Admirals — Nashville’s minor league affiliate — in June 2014. In his first two seasons with them, Gaudreau scored just 19 goals in 118 games but broke out this season, putting in 25 goals over 66 games.

He made his NHL debut on October 22, 2016 against, yes, the Pittsburgh Penguins but was returned to the AHL following the game.

3. He Hasn’t Been Assigned His Own Locker Yet

Poor Freddy Gaudreau. Two goals in the #StanleyCup Final, still can't get a stall in the #Preds dressing room. pic.twitter.com/qWBgMiwD5X

According to the Pittsburgh Post-Gazette’s Sean Gentile, Gaudreau gets dressed using just a chair and a cabinet sitting in the middle of the room. But the kid is grateful, regardless:

“I could be sitting on the floor and I would take it anytime,” Gaudreau said about his accommodations.

Gentile says it’s not abnormal for this happen and it’s also not permanent. The locker room is overcrowded and seating is based on seniority. Yes, this is the NHL.

4. Gaudreau Was Raised in Bromont, Quebec 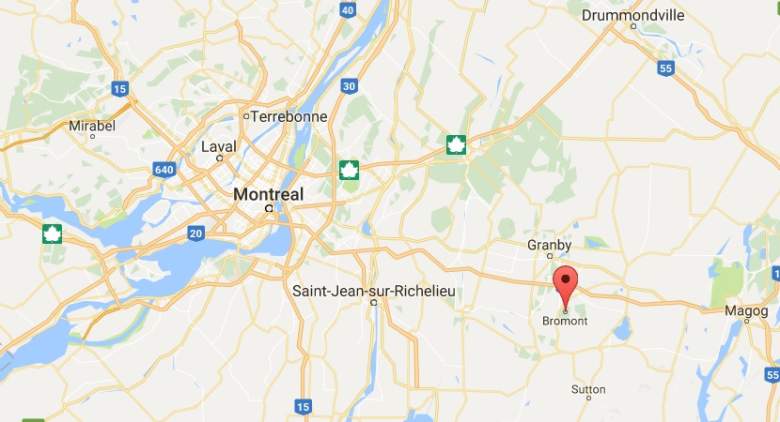 Bromont is located about 90 kilometers east of Montreal. (Google Maps)

Bromont is a small city in southwestern Quebec, home to 7,649 people, according to Canadian Census data published in 2011. It’s located at the base of Mount Brome and is home to the Ski Bromont resort — a popular tourist destination.

The city was selected to host the 2018 World Equestrian Games but was forced to pull out in July 2016 due to financial issues The event reportedly would have cost $95 million, $9 million of which was to be provided by the province. Bromont was awarded the games in 2014 by International Equestrian Federation after indicating they would have substantial financial backing from the Canadian government. But in 2016, the Canadian Federal Government notified organizers they would not throw their weight behind the Games.

Tryon, North Carolina was named as a replacement for Bromont in November 2016. 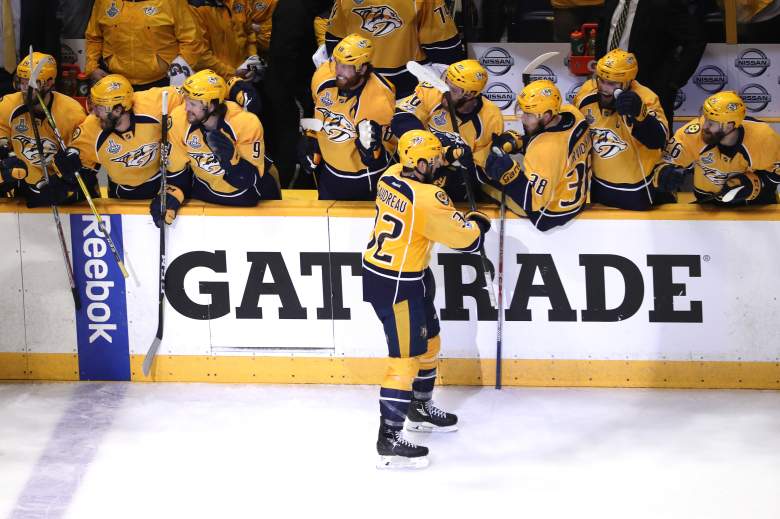 Gaudreau signed a two-year entry level contact (ELC) with the Nashville Predators back in January 2016. His NHL salary is listed at $595,000 while his AHL salary is just $60,000.

CapFriendly.com lists Gaudreau as “waivers exempt” and “arbitration eligible.” He will be a restricted agent following the conclusion of these playoffs, meaning the Predators — assuming they tender him a qualifying offer — can match any offer sheet Gaudreau signs with another team.

Gaudreau is also able to accept the qualifying offer from the Predators, which essentially equates to a one-year contract. However, being that Gaudreau is arbitration eligible, he can elect to have a third party hear his salary requests — along with the team’s — and then have that party determine which figure is fair.

Of course, both sides are free to negotiate a long term deal but that is unlikely due to Gaudreau’s extremely short — albeit successful — tenure in the NHL.