Army sergeant Heather Sinnett is currently facing charges for reports that she’s having an affair with an inmate at the Edinburgh Correction Facility in Johnson County. According to WISHTV, Sinnett is officially being charged with “sexual misconduct with an inmate,” which amounts to a level five felony in the state of Indiana.

Additionally, investigators into the case believe that the inmate in question, Bradley Gulledge, is also the father of Sinnett’s expected child. Learn more about Sinnett, her personal life, and the details surrounding her allegedly criminal behavior here.

1. Sinnett Was A Corrections Officer

In addition to her military service, Sinnett also served as a corrections officer at the Edinburgh Correction Facility starting in 2016. According to court documents made by by Indiana Department of Corrections lead investigator Fernell Keith McDonald, this put her in charge of escorting and supervising the inmates of the minimum security work program.

Sinnett, who previously served in the national guard, currently resides Bargersville, Indiana, which is roughly a half hour drive out from Edinburgh Correction Facility. Prior to living in Indiana, it appears that Sinnett lived in Rock Rapids, Iowa, where, from 2014-2016, she served as a dispatcher for the Lyons County Auditors Office.

Officials say Sgt. Heather Sinnett was assigned to escort inmates around the facility and supervise them. https://t.co/N0ySc7k1La

Gulledge is currently serving an eight year sentence at Edinburgh Correction Facility. According to WISHTV, however, the inmate agreed to an interview with the investigators of Sinnett’s case, admitting that the couple had sex in a mop closet on the premises. He claimed that it occurred while he was getting ice from a building, and that he was surprised to hear that she had become pregnant with his child as a result.

According to Inside Prison, Gulledge had previously served time at Edinburgh Correction Facility in 2015. “Gulledge is a 37 year-old who was as listed as being under the supervision of the department of corrections,” says the website, “He was listed on the state department of corrections in relation to the criminal offense dealing in cocaine or narcotic drug.” While it is unclear when Gulledge was released on these charges, WISHTV reports that he is currently serving his sentence for the distribution of meth.

3. Sinnett Has Two Other Children

Though the identity of her current child remains a legal matter, Sinnett already has two other children and an ex-husband named Philip Sinnett. On her Facebook page, which is relatively light on personal information, Sinnett does discuss her daughters Savannah and Skylar in the “Details About Heather” section:

“I have two amazing little girls Savannah and Skylar,” she writes, “They are my everything… I love being in the national guard however it does have it’s ups and downs.” Interestingly, given the latest developments, Sinnett adds that “I’m not looking for a man in my life… if he finds me then maybe…” She finishes her statement by discussing her sister, saying “I have the world’s best little sister ever and I couldn’t imagine life without her… even tho she makes horrible decisions “a lot”… I am who I am and will change for no one.”

4. Sinnett Has Referred to the Child As ‘Their Baby’ In Private

Court documents show Sinnett has stated in several emails to Gulledge that she was waiting on him to get out so they can be together and take care of “their” baby. McDonald also discovered a phone call between the couple in November of 2016, where it is said they discussed the particulars of a sexual encounter they had in the mop closet of the Edinburgh Corrections Facility. According to Gulledge, who reportedly had no qualms about revealing information, the couple met up to have sex while he was getting ice from a building, and that he was surprised to hear that she had become pregnant with his child as a result.

Gulledge referenced how “hurried and brief” their encounter in the mop closet was, leading the investigators to believe that this was the incident that led to the pregnancy, while Sinnett responded that “it was enough” to result in a baby.

Sinnett told the Army that she became pregnant on December 12th of 2016. This aligns with the theory that the child belongs to Gulledge, as they reportedly conceived it on October 14th, and Gulledge was imprisoned a mere eleven days later. Sinnett refused to give an interview to MacDonald and the other investigators on the case, but allegedly shouted He didn’t rape me!” before asking for her lawyer.

On Sinnett’s Facebook page, it reads that she has been in a relationship since October 2016, furthering the idea that she is taking up with Gulledge. Even more interesting is the fact that under the “Life Events” section, it says that she got engaged in 2015 and that since last year, she has been in a “complicated relationship.” If she is in fact referring to Gulledge, it would be difficult to agree with the word choice. 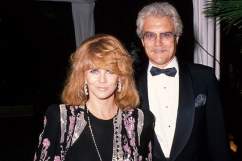 Loading more stories
wpDiscuz
2
0
Would love your thoughts, please comment.x
()
x
| Reply
Corrections Officer Heather Sinnett has been charged with a class five felony after having relations and an alleged child with an inmate. Learn more about Sinnett and her legal issues here.