The Supreme Court has agreed to hear the case of Masterpiece Cakeshop, Ltd. v. Colorado Civil Rights Commission, which could result in a landmark decision on a person’s right to refuse same-sex couples services on freedom of speech and religious grounds. The case dates back to 2012, when Masterpiece owner Jack Phillips, a born-again Christian, refused to make a cake for a gay couple, citing his religious beliefs.

The couple, Charlie Craig and David Mullins, filed a discrimination lawsuit against Phillips and won in the state courts. Phillips argued that the First Amendment’s freedom of expression and religion protected his right to refuse to make the cake, despite a Colorado anti-discrimination law. Phillips appealed the decision, but it was upheld by the Colorado Supreme Court.

In December 2016, Phillips then petitioned the U.S. Supreme court to review it as Masterpiece Cakeshop, Ltd. v. Colorado Civil Rights Commission. On June 26, the Supreme Court agreed to take the case.

Here’s a look at Phillips and the case.

Phillips considers himself a “cake artist.” He opened Masterpiece Cakeshop in Lakewood, Colorado in 1993.

The 61-year-old Phillips became a Christian in the late 1970s and belongs to a Baptist-rooted church, The Daily Signal reported in 2015. His shop made over 200 custom-made wedding cakes for around $500 each before the case began. After he was ordered to start making wedding cakes for same-sex couples, he just decided to stop taking orders for wedding cakes completely.

“The profit range was higher on the wedding cakes. Now we try to get more volume,” Phillips told the Daily Signal. “But God has been supplying everything we need so far.”

Phillips is married to his wife Debi and has three grown children, Lisa, Jennifer and Jeremy. Lisa works at the bakery as a cake decorator.

Phillips also told The Daily Signal that he surprisingly received some support from gays and lesbians.

“The other day a guy from Daytona Beach called and left a message. He said he’s gay and he wanted to offer his support, and gave me his phone number to call him back,” Phillips said in 2015. “So that’s one, but there’s dozens or hundreds of gays who say they think this is just not right [and is] politically motivated mostly. ‘You have the right to turn us down and these people are making us all look like we’re terrorists. … But we’re not, we just want to live our lives.'” 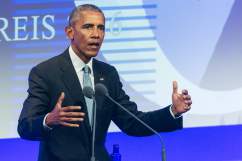 2. Phillips Was Ordered to Make Cakes for Gay Couples, But Said He’d Rather Close His Shop Instead

In December 2013, Denver administrative law judge Robert Spencer didn’t order Phillips to pay Mullins and Craig damages. Instead, he ordered Phillips to make cakes for same-sex couples from now on. But Phillips said he would prefer closing his shop instead of making cakes for gay couples.

“I am a follower of Jesus Christ,” Phillips told the Christian Science Monitor in July 2013. “So you could say it’s a religious belief. I believe the Bible teaches [same-sex marriage is] not an OK thing.”

Phillips told the Daily Signal in 2015 that he faced a loss of 40 percent of his business by not making wedding cakes. However, he refused to lay anyone off at his business. He also said the business problems didn’t put a strain on his relationship with his wife and his kids supported his decisions.

“If it were strictly just a business thing and we lost a lot of money, then conceivably it would be. But because of the situation, where this is a fight for our faith first and our freedom also, we’re both in the same fight,” Phillips said in 2015. “And the whole family encourages each other. So, no, it’s actually made us stronger. It’s a spiritual battle. We’re not fighting, God’s fighting. And he’s using us at the same time.”

Initially, Phillips saw his business booming after the case gained national attention. He told KDVR in July 2012 that people were “coming in to support us.” 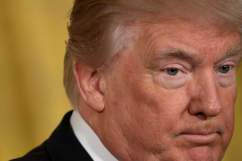 In a Supreme Court brief, Phillips’ lawyers said he would be “happy to create other items for gay and lesbian clients.” His lawyers state that the Colorado Civil Rights Commission (CADA) shouldn’t have the right to stop Phillips from politely declining to make the cakes when he will make other products for same-sex couples.

“But the Commission ruled that is exactly what the law requires and the Colorado Court of Appeals upheld that mandate on appeal. In so doing, that court approved nothing less than the ‘outright compulsion of speech,'” the brief reads.

The brief also notes that Phillips has refused to make other cakes on religious grounds. The brief reads:

His faith teaches him to serve and love everyone and he does. It also compels him to use his artistic talents to promote only messages that align with his religious beliefs. Thus, he declines lucrative business by not creating goods that contain alcohol or cakes celebrating Halloween and other messages his faith prohibits, such as racism, atheism, and any marriage not between one man and one woman.

Phillips’ lawyers also noted that it would have been easy for Craig and Mullins to obtain a cake from another bakery. Mullis told KDVR that this is exactly what they did, going to Le Bakery Sensual in Denver. The couple got married in Massachusetts, but have friends and family in Colorado. 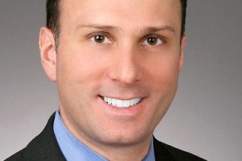 4. Craig & Mullins Said Phillips Offered ‘No Basis’ For the Supreme court to Review the Case

In a November brief to the Supreme Court, the attorneys representing Craig and Mullins argued that Phillips offered “no basis” for the Supreme Court to review the case and the decisions of the lower courts in Colorado, particularly since Phillips didn’t deny why his company refused to serve them.

“Rather, [Masterpiece] argues that the First Amendment guarantee of freedom of speech entitles it to engage in this discrimination,” the brief reads. “That claim has no merit, as the court below held, because the [Colorado Anti-Discrimination] Act regulates conduct, not speech. The Company attempts to manufacture circuit conflicts to gain this Court’s review but the alleged conflicts are either non-existent or immaterial to resolving this case.”

“We feel like the court today affirmed the argument that we have been making that the treatment we received at Masterpiece Cakeshop was both illegal and wrong,” Mullins told CBS Denver in August 2015, when the Colorado Court of Appeals ruled in their favor.

“The court basically validated what we’ve been fighting this whole time,” Craig added.

At that time, Phillips said that the ruling is “wrong,” adding that he has a constitutional right to “practice my faith, my religion, anywhere, anytime; there are no restrictions on it.” 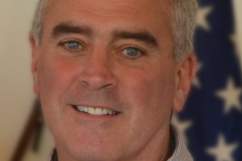 5. The Supreme Court Previously Passed on a Similar Case Centering on a New Mexico Photographer Who Only Shot ‘Traditional Weddings’

Phillips’ case will be the first time the Supreme Court will hear a case of this kind since it ruled in 2015 that same-sex marriages are legal in all 50 states with Obergefell v. Hodges. The year before that ruling, the Court had a chance to take on a case similar to Phillips’ in New Mexico.

In 2014, the Supreme Court declined to hear the case of Elaine and Jonathan Huguenin, two Albuquerque photographers who refused to take photos for Vanessa Willock and Misti Collinsworth in 2006. The photographers said they only worked on “traditional weddings.”

Since New Mexico has an anti-discrimination law that’s similar to Colorado’s, the Huguenins lost lower court battles. Eight states wanted the Court to take the case, but the justices decided not to, letting lower court rulings stand.

Loading more stories
wpDiscuz
0
0
Would love your thoughts, please comment.x
()
x
| Reply
Jack Phillips refused to make a cake for a same-sex couple on religious grounds and is the owner of Masterpiece Cakeshop. His case will go to the Supreme Court.