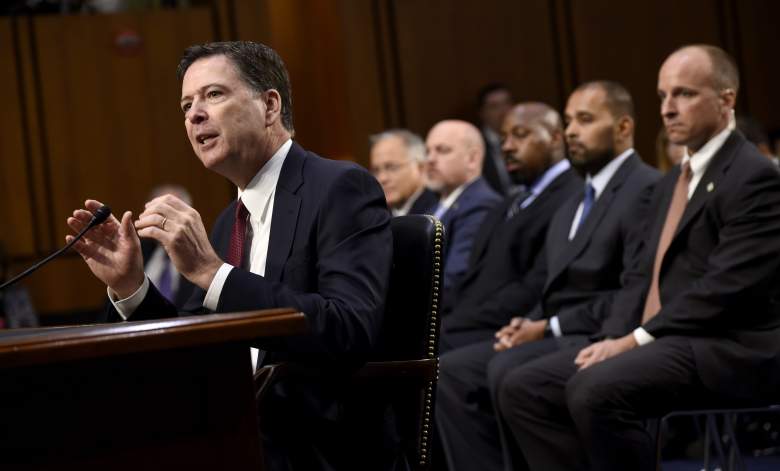 For almost three hours, former FBI Director James Comey sat in front of a microphone on Capitol Hill and answered questions from the Senate Intelligence Committee.

Comey was testifying in front of the group Thursday in regard to his alleged interactions with President Donald Trump and the FBI’s investigation into his 2016 presidential campaign.

Comey opened his testimony before the Senate by saying that the Trump administration spread “lies, plain and simple” about him and the FBI, adding that the president “defamed” him.

The testimony touched on numerous topics regarding Trump’s various one-on-one meetings with Comey. In one instance, Comey said that Trump asked him to put an end to an investigation into former National Security Adviser Michael T. Flynn.

“I hope you can let this go,” Comey said, referring to what Trump said to him about the investigation into Flynn.

Watch the full Senate hearing in the video below:

Trump fired Comey on May 9, citing the fact that he lost confidence in his job performance. Comey said that receiving the news he was without a job greatly “confused” him.

Just a few days after Trump made the decision to get rid of Comey from the Department of Justice, he tweeted that Comey better hope that there weren’t any “tapes” of the multiple conversations they had.

Three days after the Trump tweet, Comey said that he woke up in the middle of the night and hatched a plan to get the contents of memos that he drafted after meetings with the president out to the public.

Therefore, Comey decided the best path moving forward was to leak what was said in the memo to a news organization, which he did through a friend.

Comey didn’t directly identify the friend, simply saying he’s a professor at Columbia University. But shortly after he delivered the statement, it was confirmed that the friend was Daniel C. Richman, a law professor at the university.

JUST IN: Columbia U professor Dan Richman confirms to @washingtonpost he was the friend Comey asked to share info about his mtg w/ Trump.

The memo in question was spoken about in a New York Times article May 16, one day after Comey said he woke up in the middle of the night.

According to The Times, the February memo was after a meeting in the Oval Office between Comey and Trump where the president asked Comey to effectively shut down the investigation into Flynn.

“I hope you can let this go,” Trump allegedly said to Comey, according to the memo.

The former FBI director also said that he turned over all of the memos that he created to the Department of Justice’s special prosecutor, Robert Mueller.

Comey also talked at the hearing about a meeting January 27 at the White House where Trump said he expected Comey to be “loyal” and “honest” with him.

At that meeting, Comey said that Trump continued to ask him if he wanted to stay on as the FBI director. Comey called the meeting “awkward,” and added he thought it was an unprofessional move to have the two parties in a meeting together alone.

Part of the purpose of the much-anticipated Comey hearing was to determine if there is any evidence to prove Trump tried to obstruct justice in regard to the FBI’s ongoing investigations. 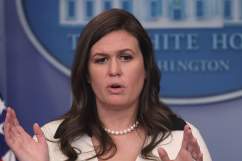 Sarah Huckabee Sanders Says Trump Is Not a Liar