James Hardy III, former wide receiver for the Buffalo Bills, has been found dead. According to WPTA21, police responded to an emergency on Wednesday at the 800 block of North Anthony Boulevard in Fort Wayne where a civilian reported finding a body in the river. Crews were able to remove the body.

On Thursday, the coroner was able to identify the body as Hardy. He was taken to the Northeast Indiana Forensic Center for an autopsy. The Allen County Coroner said Hardy was reported missing by family members a few weeks prior. This incident under investigation by the Fort Wayne Police Department and the Allen County Coroner’s Office. A cause of death has yet to be determined. He was 31.

As the story surrounding his death develops, we take a look back at his sports career and his personal wife. Here are five fast facts you need to know about James Hardy III.

1. He Was an All-American Selection in College

Hardy, born on December 24th, 1985 in Forth Worth, Indiana, played both football and basketball when he was in high school, and while he continued this into his college career, it was obvious that the former was his ticket to stardom. He redshirted as a college freshman, and in 2005, he posted 61 catches with 893 yards and 10 touchdowns for the for the Indiana Hoosiers. His play earned him a Freshman All-America selection.

He followed his freshman season with another stellar display, racking up 51 passes for 722 yards and 10 touchdowns. In 2006, he was named Second Team All-Big Ten. His 20 career receiving touchdowns in his first two years also tied him with Ernie Jones (1984–1987) for second on the university’s all-time list.

By January of 2008, Hardy, feeling confident in his playing abilities, declared himself eligible for the NFL draft, telling The Indianapolis Star “I have reached the pinnacle of my college football career.”

Hardy was drafted in the second round– and 41st overall– by the Buffalo Bills in 2008. Things seemed to be looking good in Hardy’s second career NFL game, as he caught the game-winning touchdown pass in the back corner of the end zone. According to Buffalo Rumblings, however, this would prove to be the apex of Hardy’s career with the Bills, as he would go on to tear an ACL during his rookie season. The injury would also force him to sit out most of his second season.

He was released during final roster cuts on September 4, 2010, and finished his career in Buffalo with only 10 receptions, 96 yards and two touchdowns. Hardy was subsequently picked up by the Baltimore Ravens on January 12, 2011, but the same ACL injury that hampered him in Buffalo continued to pose an issue, and he was released again in September of that year.

Hardy’s spent the last two years of his football career outside of the NFL, playing for the indoor team the Arizona Rattlers in 2012 and the arena team the Tampa Bay Storm in 2013. “I’ve tried extremely hard to get my body right the past two years to get back to the NFL,” he admitted to The Sentinel, “It just hasn’t happened for me. Unfortunately, with the multiple injuries that I had, it looks like it’s done for me. I officially retired last month.”

After stepping away from the Tampa Bay Storm in 2013, Hardy decided to leave professional sports behind and pursue a career in Hollywood. “James Hardy as model and actor. Can you grasp that concept?” went the opening sentence of The Sentinel, “Can you see this 6-6 former Indiana University and Elmhurst High School standout hitting a magazine cover and then a movie theater near you? It’s possible.”

Hardy caught the Hollywood bug in the wake of his nagging ACL injury, and said that he wanted to parlay his celebrity status into a full-time job. “I want to be a chameleon,” he says when asked about what kind of roles he would like to take, “I want to be able to do them all — action, comedy, romantic lead. I feel I’m a romantic guy already.” Hardy added: “I’m going to say my prayers and give it all I’ve got.”

According to his LinkedIn account, Hardy was serving as a model for Sports + Lifestyle Unlimited, which is an agency focused on supplying models who represent an active lifestyle.

Hardy made headlines for the wrong reasons in 2014 when he was arrested for getting in a fistfight with a pair of police officers. According to TMZ, LAPD was called to an apartment in downtown Los Angeles, around 4:40 p.m. and when they arrived on the scene Hardy was belligerent and refusing to cooperate. “We’re told Hardy got aggressive and attacked the officers. We’re told he injured at least three cops,” TMZ added.

LAPD was forced to taser Hardy, but it had little effect on the 6’6”, 225 Ib wide receiver and he continued to struggle. They eventually subdued him and brought him on charges of felony obstruction of justice. LAPD said that they believed Hardy may have been under the influence of alcohol at the time of the altercation.

Afterwards, a judge deemed that Hardy was not mentally competent to stand trial for the case, and for a brief time, he was committed to a mental institution. According to Wane.com, however, the outcome of the court case was never made available to the public.

Hardy previously made headlines in 2009 for getting into a domestic scuffle with his ex-girlfriend Toya Wright. Wright was previously married to rapper Lil Wayne.

5. He Was Missing in the Weeks Leading Up to His Death

On the scene of possible body recovery at N Antony Blvd. pic.twitter.com/XJMAuHvKYZ

While little has been revealed to the public, we do now that Hardy’s family reported him missing on May 30th. Hardy’s body was found in a log jam at the Maumee River on Wednesday afternoon after a City water filtration plant employee spotted him and called the police. It took little more than a day to properly identify him and release his identity to the media. Sources say that it appears Hardy had been in the water for several days.

As the details surrounding his death continue to unfold, several fans have taken to social media to express their regret over Hardy’s untimely passing. The official Twitter account for the Buffalo Bills released a statement that read: “Our support is with the Hardy family after the passing of former Bills WR James Hardy.”

Our support is with the Hardy family after the passing of former Bills WR James Hardy. pic.twitter.com/4ZgLDUwyPA 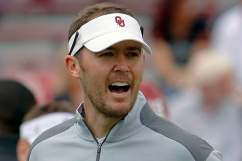 Loading more stories
wpDiscuz
4
0
Would love your thoughts, please comment.x
()
x
| Reply
Former NFL player James Hardy III has been found dead at the age of 31. Learn about his career, his personal life, and his untimely death here.