The man who opened fire on Republican members of Congress during an early morning baseball practice has been identified by law enforcement as James T. Hodgkinson.

According to police, Hodgkinson used a rifle to shoot people at Eugene Simpson Stadium in Alexandria, Virginia on June 14. He shot Rep. Steve Scalise in the hip and also wounded three others.

President Donald Trump said in a press briefing that Hodgkinson “has now died of his injuries,” while the victims of the shooting remain hospitalized.

Hodgkinson is 66-years old and from Belleville, Illinois, the Washington Post reported. His Facebook profile says that he was the former owner of JTH Construction and JTH Inspections and previously studied at Southern Illinois University-Edwardsville.

Additional details about Hodgkinson’s past are starting to come out, though a motive is not yet known. One thing that is for sure, is that he was very active in politics and held strong beliefs and opinions.

Hodgkinson Was a Supporter of Bernie Sanders

Hodgkinson certainly wasn’t shy about his political leanings online. He was a strong supporter of Sen. Bernie Sanders in the 2016 presidential election and even volunteered on his campaign, according to posts on both of his Facebook pages.

After the shooting in Alexandria, Sanders issued a statement and also spoke on the Senate floor. He strongly condemned the act and acknowledged that Hodgkinson did volunteer on his campaign.

On one of Hodgkinson’s Facebook accounts, he has a profile picture that’s a cartoon depicting Sanders as “Uncle Sam.” 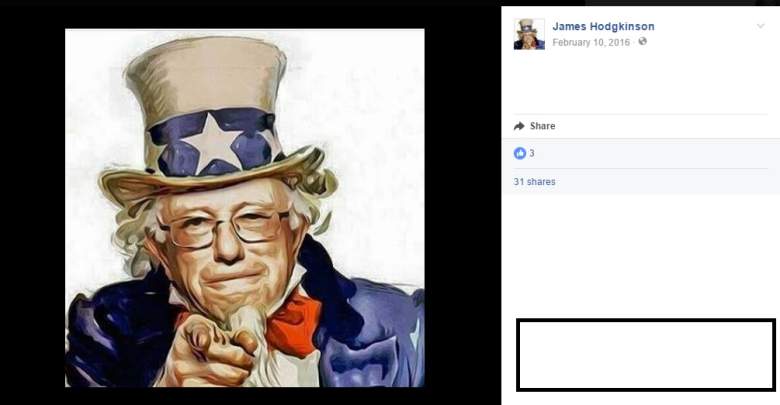 The cover photo on another one of Hodgkinson’s Facebook profiles is a picture of Sanders, and that profile’s main picture contains the phrase: “Democratic Socialism Explained in 3 Words: ‘We The People,'” with an American flag in the background.

In addition to those postings, Hodgkinson once posted a photo with the phrase “the dawn of a new democracy” below a simplistic image of Sanders’ hair, glasses and name on February 1, 2016.

On December 12, 2015, Hodgkinson posted an image of Sanders with a quote about democracy and voter turnout. It was the senator saying during a speech during his presidential campaign: “If we truly believe in a vibrant democracy, then we must have the highest voter turnout in the world.” 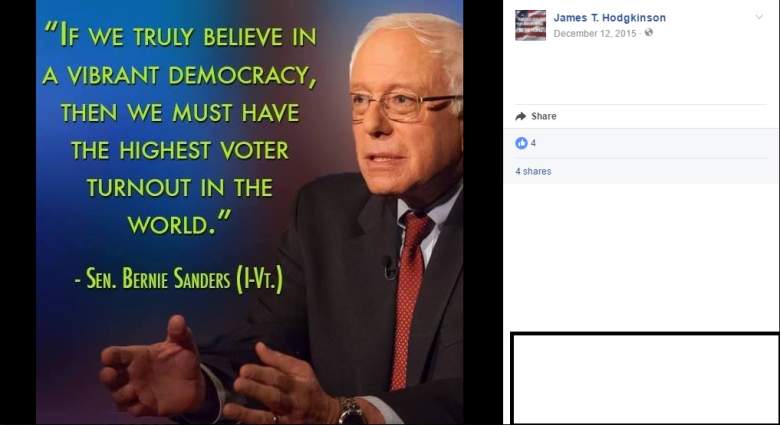 Hodgkinson was a lot more blunt about his support of Sanders in a August 12, 2016 Facebook posting. He posted another Change.org petition, this time calling for Sanders to join the Green Party. Along with it, he wrote, “I want Bernie to win the White House.”

In addition to his support of Sanders, Hodgkinson often posted about his hatred for President Donald Trump and his administration. To see those posts, click below. 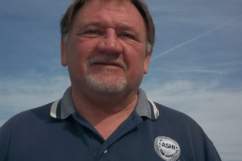 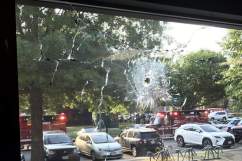