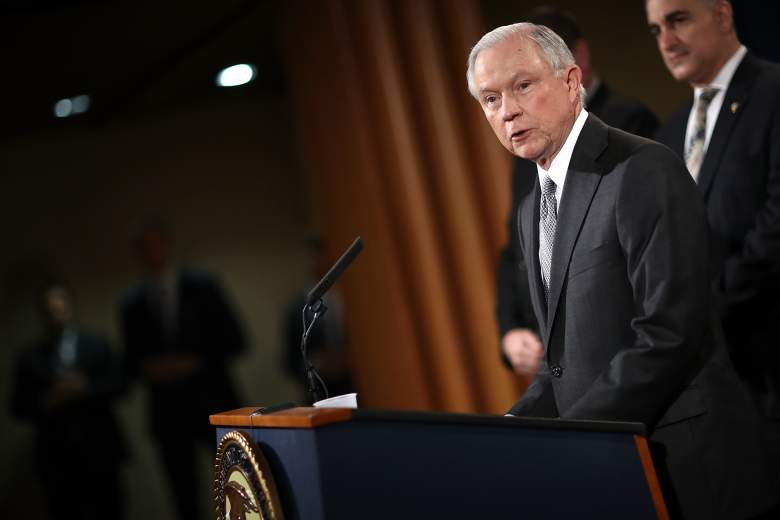 Attorney General Jeff Sessions opened his highly-anticipated testimony to the Senate Intelligence Committee on Tuesday by strongly denying accusations of wrongdoing by meeting in private with Russian officials.

Sessions said he was appearing publicly in front of Senate to address “several issues” that were raised before the Senate committee in its investigation into Russian interference in the 2016 presidential election. He said wanted to use the opportunity to speak as a chance to tell his side of the story and shoot down any misconceptions.

“I did not have any private meeting nor I do recall any conversations with Russians at the Mayflower Hotel,” Sessions said during his opening statement. He said he attended a reception at the hotel with his staff and President Donald Trump, didn’t have “any recollection” of meeting with the Russian ambassador or any other Russian officials.

Sessions added a stern message for members of the committee for which he used to sit on and voiced his immense displeasure at the alleged misinformation.

“The suggestion that I participated in any collusion, that I was aware of any collusion with the Russian government to hurt this country, which I have served with honor for 35 years or to undermine the integrity of our democratic process is an appalling, detestable lie,” he said.
“These false attacks, the innuendos, the leaks, you can be sure will not intimidate me,” Sessions said. “In fact, these events have only strengthened my resolve to fulfill my duty.”

Watch a video of Sessions’ opening testimony below:

In late May, it was widely reported that Sessions had multiple private meetings with Russia’s ambassador during the presidential campaign, one of them taking place at the Mayflower Hotel in Washington D.C.

In addition to shooting down any talks that he colluded with Russian officials at the hearing, Sessions explained why he opted to recuse himself from the ongoing investigation into Trump’s campaign back in March.

“I recused myself from any investigation into the campaign for president, but I did not recuse myself from defending my honor against scurrilous and false accusations,” he said.