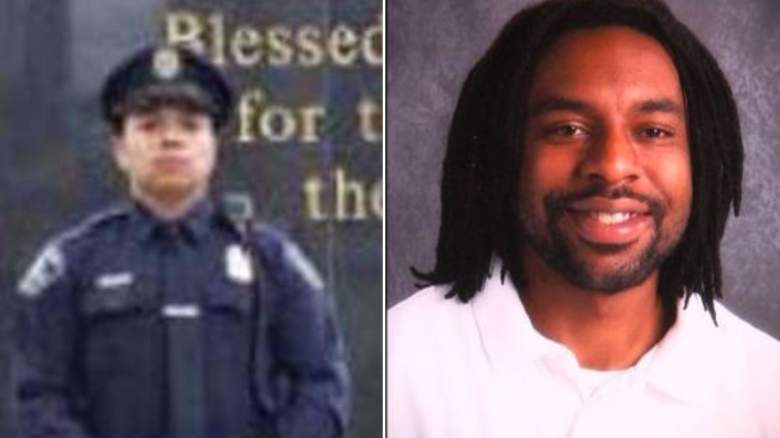 A Minnesota jury has found Police Officer Jeronimo Yanez not guilty in the shooting death of Philando Castile, whose girlfriend streamed the bloody aftermath to the nation on Facebook Live.

You can watch the video below, but be aware that it is very disturbing.

The death of Castile – who was legally permitted to carry the firearm he had with him when Yanez stopped the car he was in that day in July 2016 – sparked protests throughout the country. It was also cited as a motive for the ambush-style shootings of police officers in other cities that summer as tensions heated up.

According to Reuters, “people could be heard cursing as the verdict was read, and one woman sobbed. Castile’s mother, Valerie Castile, abruptly left the court after the announcement and before court was formally dismissed.” Yanez had worked with the St. Anthony Police Department in Minnesota for four years.

Castile was a well-liked cafeteria worker when he was in the car pulled over by Yanez, who argued that, although Castile told him he had a gun and a right to carry it, Castile made a sudden move for the weapon. However, prosecutors challenged whether Yanez ever saw the weapon before opening fire. The officer was in a heightened state because he was looking for a robbery suspect who was not Castile, raising concerns about racial profiling.

The tricky question for the jury was the fact that Castile had a right to have the gun, but he did have a weapon on him when Yanez fired, making the officer’s fears for his life more plausible than in cases where a weapon is never found. However, under the law, prosecutors needed to prove that Yanez did not have a reasonable belief his life was in danger when he shot Castile, which is why the question of whether Castile made a move toward the gun became critical.

The Minnesota man’s dying moments were broadcast in a viral Facebook Live video after he was shot. His girlfriend, Lavish Reynolds, streamed the video in what was one of the first cases of a person dying on Facebook live. Minnesota’s governor, Mark Dayton spoke out after the shooting death, saying to The Washington Post, “I think all of us in Minnesota are forced to confront that this kind of racism exists. Nobody should be shot and killed in Minnesota for a taillight being out of function.”

In the graphic video, filmed Wednesday July 6, 2016, Philando Divall Castile, 32, moans in pain and bleeds through a white T-shirt as Yanez, who just shot him, points a gun through the car window. In the other front seat, his girlfriend, Lavish Reynolds, captures the scene on her cell phone, narrating what’s occurring and streaming it live on Facebook as her daughter cries in the back seat.

Screenshot of Philando Castile bleeding after being shot. (Facebook/Lavish Reynolds)

The officers, from the St. Anthony Police Department, were later identified as Jeronimo Yanez and Joseph Kauser. Yanez fired the shots, and he was the only officer charged in the case.

On November 16, 2016, Ramsey County Attorney John Choi announced that Yanez was to be charged with felony manslaughter in the Castile shooting. You can read about the charges against him here.

Police told Minnesota television at the scene that they were aware of the Facebook Live video. They released a statement saying a gun was recovered at the scene and that the shooting originated with a traffic stop around 9 p.m. at Larpenteur Avenue and Fry Street in Falcon Heights, with two officers present. Falcon Heights, Minnesota, is the home of the Minnesota State Fair and is a suburb of Minneapolis/St. Paul.

You can watch the video below (warning, it’s graphic):

Castile died shortly thereafter in a hospital. “This was a GOOD MAN,” a parent at the school where he worked wrote on Facebook.

Minnesota television station KARE11 has obtained what may be police dispatch audio/scanner traffic of the initial stop and shooting aftermath. Castile’s girlfriend, Reynolds, has said they were stopped for a broken taillight they didn’t really have. The possible dispatch audio has a man purported to be the officer saying, “I’m going to stop a car. I’m going to check IDs. I have reason to pull it over.” Listen here.

“The two occupants just look like people that were involved in a robbery,” the man adds. “The driver looks more like one of our suspects, just ‘cause of the wide set nose.” KARE 11 says that the officer’s attorney, Tom Kelly, has now confirmed details in the audio, saying, “They had a reasonable suspicion he may match the description of the suspect in the earlier robbery.” He said Castile himself was not a robbery suspect and that the car had a brake light out.

However, Castile had only a minor criminal history in Minnesota, almost entirely for traffic. Nothing in his record is even remotely as serious as armed robbery. The TV station said it obtained the audio from a viewer and hasn’t been able to verify it with police, although the license plate mentioned in it matches Castile’s.

KARE notes that, although it’s unclear which robbery the audio refers to, St. Anthony police had sent out photos of a July 2 gas station robbery in nearby Lauderdale through the Minnesota Crime Alert Network. It describes two men with dreadlocks robbing a gas station with handguns. See photos of the gas station armed robbery suspects here.

After the charges were filed against Yanez, the county attorney said Castile was not a suspect in that robbery, and he would not have brought the charges against the officer if he thought otherwise.

Castile’s uncle, Clarence, called the traffic stop that led to Castile’s death “racial profiling” in an interview he gave with KARE 11 TV, saying: “I just thought it was kind of insane to pull somebody over saying they matched a robbery suspect by having flared nostrils. It is kind of hard to see flared nostrils from a car.” LillieNews.com, a local news site, published surveillance video photos of the gas station robbery suspects. The story says “two men” with dreadlocks had robbed the gas station with handguns.

“He lived by the law and died by the law,” Philando’s mother, Valerie Castile, told a WCCO TV reporter. She confirmed that he had died in a local hospital.

His yearbook photo. #PhilandoCastile isn't just a hashtag. He worked with kids. His life had value. He was murdered. pic.twitter.com/2rd5spD154

Castile worked as a cafeteria supervisor at J.J. Hill Montessori School in St. Paul. A statement from the school system said Castile was hired in 2002, at age 19, and was promoted to supervisor two years ago. The statement described him as a “team player who maintained great relationships with staff and students alike” and said he was “quick to greet former coworkers with a smile and hug.”

The statement included this glowing assessment from a co-worker: “Kids loved him. He was smart, over-qualified. He was quiet, respectful, and kind. I knew him as warm and funny; he called me his ‘wing man.'”

Castile’s mother told the Star-Tribune that her son had worked all of his adult life. “They killed my son,” she said. “They took a good man, a hard-working man; he worked since he was 18 years old.” 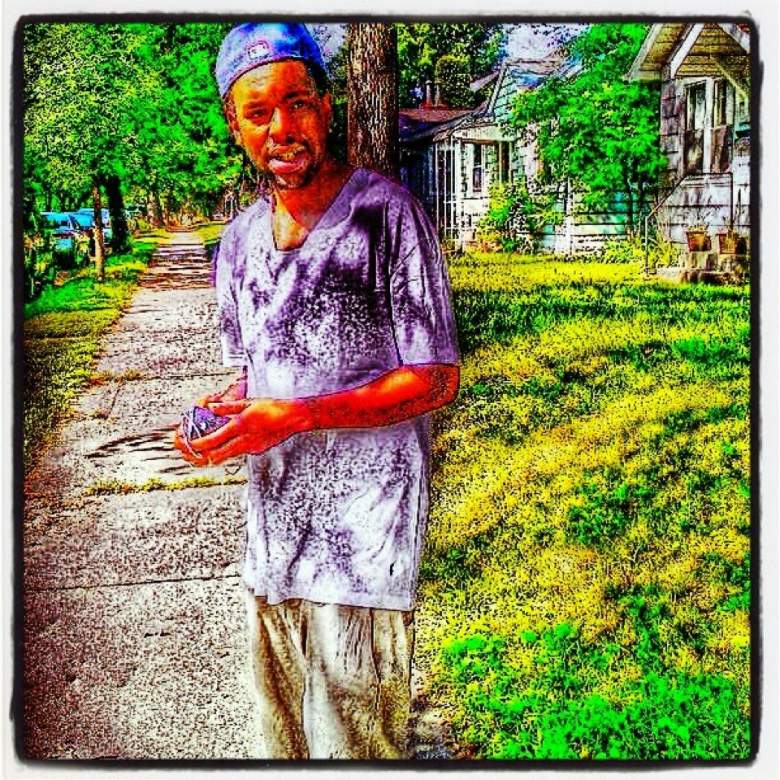 Philando’s cousin, Antonio Johnson, 31, told the Star-Tribune that Philando was an honors student at St. Paul Central High School, “where he was a straight-A student.” He called Castile “very non-confrontational.” Some of his friends called him “Doc.”

Court records show he had not been arrested since 2011, though he had been issued tickets for minor traffic and parking violations. NBC News counted 31 misdemeanor traffic violations, for things like driving without a muffler. A Heavy review of court records found even more traffic offenses. Racial profiling has been a concern in Minnesota; the Legislature even commissioned a major study on the topic, in which 65 police departments participated.

According to Facebook postings, Philando Castile also had worked at Target, went to the University of Minnesota, and graduated from Central High School in St. Paul, Minnesota. On Facebook, his comments included, “Hard work pays off !!!!!!!” and “It’s hard trying to find sumthing real in this artificial world !!!!” But his life wasn’t all serious. One post showed a liquor bottle and said, “Party all the time !!!!!”

On social media, Philando Castile frequently made comments about social justice. On his Facebook page, he posted a photo of the Black Panther Movement and wrote, “BY ANY MEANS NECESSARY!” In another post, he passed on a Tupac Shakur quote, “They got money for wars but can’t feed the poor.” He also wrote: “GOD IS GOOD!!!!………ALL THE TIME !!!!!!” In another post he said, “They criminalize the black lifestyle !!!!” This is a reoccurring theme in his writings: “We still slaves to the system !!!!!!”

You can read more about Philando Castile here:

Loading more stories
wpDiscuz
12
0
Would love your thoughts, please comment.x
()
x
| Reply
Jurors returned a verdict of not guilty against officer Jeronimo Yanez, in the Minnesota shooting of Philando Castile, which was streamed on Facebook Live video.