June 19, 2017, is Juneteenth Independence Day and commemorates the anniversary of the abolition of slavery in Texas in 1865 and throughout the Confederate South. Juneteenth is a portmanteau of “June” and “nineteenth” and commemorates the date when the Union General Gordon Granger arrived at Galveston Island, Texas with 2,000 troops to establish a federal presence in Texas and officially free slaves in the once Republic.

Juneteenth is also known as Freedom Day or Emancipation Day.

Texas was the last to hear that the Civil War was over because it was very isolated geographically. In fact, the Army of the Trans-Mississippi did not surrender until June 2, 1865 despite the Civil War being declared over nearly a month earlier on May 9.

Here’s what you need to know about Juneteenth:

1. It Started With the Emancipation Proclamation

Abraham Lincoln made slavery illegal with the Emancipation Proclamation on September 22, 1862, which became federal law on January 1, 1863. With the Emancipation Proclamation all slaves in rebel states were declared free, and any of the Confederate States denying this new freedom to its black citizens were considered to be in rebellion with the Union.

However, Texas was very far from any military engagements during the Civil War and was still considered frontier land in many people’s minds. Because of this, Texas slave owners ignored the Emancipation Proclamation and only slaves that were able to escape were able to enjoy the newly promised freedom, usually by somehow getting to northern lands.

Even when the Civil War was declared over on May 9, 1865, many Texans did not know because of their geographical isolation. In fact, the Army of the Trans-Mississippi, a major Confederate army with soldiers serving mainly from Texas, Louisiana, Arkansas, Missouri, Indian Territory, and Confederate Arizona, did not surrender until June 2, 1865.

On June 18, General Granger arrived at Galveston Island, Texas with 2,000 Union troops. The following day he delivered “General Order No. 3”, which declared the total emancipation of slaves. A New York Times article from July that year published his orders:

The people of Texas are informed that, in accordance with a proclamation from the Executive of the United States, “all slaves are free.” This involves an absolute equality of personal rights and rights of property between former masters and slaves, and the connection heretofore existing between them becomes that between employer and hired labor.

August 6, 1864: The Confederate ship Lizzie, built in the Clyde, Scotland and transported to America. She made regular trips between Galveston, Texas and Havana, Cuba, running the Union blockades to bring supplies to the Confederate army during the American Civil War. Original Publication: Illustrated London News – pub. 1864 (Hulton Archive/Getty Images)

After enacting General Order. No. 3, Granger was put in charge of the Department of Texas. PBS writes:

When Maj. Gen. Gordon Granger issued the… order, he had no idea that, in establishing the Union Army’s authority over the people of Texas, he was also establishing the basis for a holiday, “Juneteenth” (“June” plus “nineteenth”), today the most popular annual celebration of emancipation from slavery in the United States. After all, by the time Granger assumed command of the Department of Texas, the Confederate capital in Richmond had fallen; the “Executive” to whom he referred, President Lincoln, was dead; and the 13th Amendment abolishing slavery was well on its way to ratification.

Granger continued to serve in Texas until he was given command of the District of New Mexico, where he served until his death on January 10, 1876 in Santa Fe.

4. June 19th Is the Day Slaves Were Told They Were Free

Hilliard Herring looks through the window of the Slave Pen at the National Underground Railroad Freedom Center on August 20, 2004 in Cincinnati, Ohio. The Freedom Center is open to the public. (Mike Simons/Getty Images)

Many people wonder why Juneteenth ended up being the most celebrated day in relation to the Emancipation Proclamation. After all, there were other of viable dates:

However, the answer may lie in how the former slaves were treated. A slave quoted in Haye Turner’s essay about Juneteeth said:

‘…the 19th of June wasn’t the exact day the Negro was freed. But that’s the day they told them that they was free… And my daddy told me that they whooped and hollered and bored holes in trees with augers and stopped it up with [gun] powder and light and that would be their blast for the celebration.’

5. It’s Not a Federally Recognized Holiday

Juneteenth is not a federal holiday, but 43 of the 50 U.S. states and the District of Columbia recognize it as either a state or ceremonial holiday.

Typical celebrations associated with Juneteenth include public BBQs with readings of the Emancipation Proclamation along with the singing of slave spirituals. 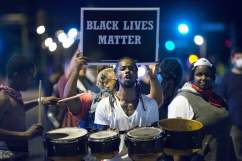 Loading more stories
wpDiscuz
5
0
Would love your thoughts, please comment.x
()
x
| Reply
June 19, 2017, is Juneteenth Independence Day and commemorates the anniversary of the abolition of slavery in Texas in 1865 and throughout the Confederate South.