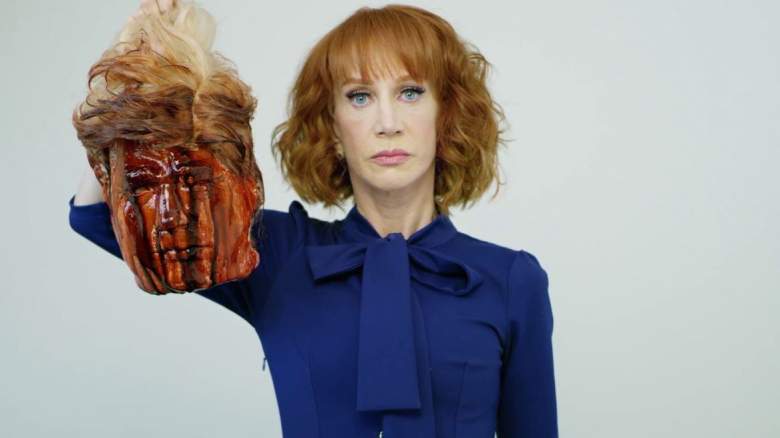 Just days after issuing an apology on Twitter, comedian Kathy Griffin tearfully claimed she was bullied by President Donald Trump at a press conference.

At the briefing, Griffin and attorney Lisa Bloom addressed controversy about photos that were published Tuesday of her holding what appeared to be a severed, bloody head of Trump. She said that she has been the victim of bullying by the Trump family.

“I don’t think I will have a career after this,” Griffin said with tears in her eyes. “He broke me, he broke me, and then I was like, ‘This isn’t right, it’s just not right, and I apologized.'”

Griffin and Bloom added that the comedian is now the subject of a Secret Service investigation into the “threat,” a move that her camp said should have never happened.

“Kathy never imagined that (the photos) could ever be interpreted as a threat of violence against Trump,” Bloom said.

The Trump family has spoken out against Griffin’s decision to pose with the bloody, with First Lady Melania Trump coming out and questioning if the comedian had mental health issues. The president himself came out on Twitter and said that the photo traumatized his 11-year-old son Barron.

Despite the controversy, Griffin vowed to continue criticizing the president.

“I’m going to make fun of him more now,” she said. “For the first time in history, the president of the united states and his family is personally attempting to ruin a comedian.”

Watch the full press conference in the video below:

Griffin also said in her tearful appearance at the podium that the Trumps “bullying” her after the photos were published is a ruse to distract the nation from what’s really going on.

“They’re using me as a shiny object so people don’t talk about the Russia investigation,” Griffin claimed of the Trump family.

Bloom said that Griffin’s appearance in the photoshoot was clearly a “parody” and should never have been interpreted as anything other than that.

“The message is clear: Criticize the president, lose your job,” Bloom said. “That’s what happened to Kathy and more as a result of the first family’s bullying of her and those she does business with.”

As a result of the backlash that Griffin received from posing for the photoshoot, she was fired from her role as a host on CNN’s annual New Year’s Eve show. Hours after the photos were published and she started to receive criticism, Griffin apologized in a video that she posted to her Twitter account, saying that she went too far with the photos. 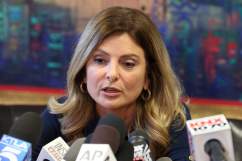 Loading more stories
wpDiscuz
12
0
Would love your thoughts, please comment.x
()
x
| Reply
A tearful Kathy Griffin addressed a recent photoshoot of her holding up a depiction of a severed Donald Trump head at a press conference. Watch the full video.