After weeks of controversy, members of the alt-right movement will hold a “free speech rally” June 4 in Portland.

Kyle Chapman, a voice of the alt-right who’s also known as “Based Stickman,” will lead a rally across from Portland City Hall. He’s the keynote speaker at the event and was invited to do so by video blogger Joey Gibson.

Militant leftists, including anarchists who call themselves Antifa, will also attend the event, and a violent clash between the two sides has been feared by many.

Chapman is a known supporter of President Donald Trump and his administration, and has gained popularity on the internet through a series of incidents that include violent acts against demonstrators.

Here’s what you need to know about Chapman:

1. The Mayor of Portland Has Tried to Stop the Event From Happening 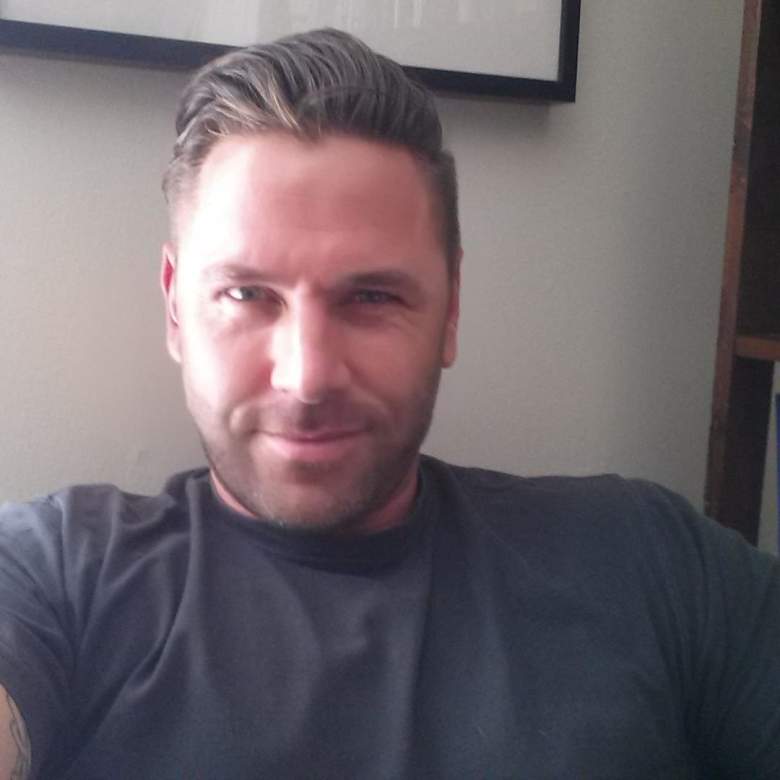 In response to the rally being held in his city, the mayor of Portland urged organizers to cancel the event.

Mayor Ted Wheeler said his reason for requesting that the free-speech rally be canceled because it’s inappropriate and could be potentially dangerous, especially with the timing. On May 26, two men were stabbed to death on a train in the city as they tried to help two women that were targeted by the man’s anti-Muslim statements.

“I hope we rise to the memory of these two gentlemen who lost their lives,” Wheeler said to media members. “Let’s do them honor by standing with them and carrying on their legacy of standing up to hate and bigotry and violence.”

Wheeler added that he has a problem with attendees of the rally “coming to peddle a message of hatred.”

2. Chapman Describes Himself as an ‘American Nationalist’

As New Republic wrote in a feature story, Chapman considers himself an American Nationalist. He’s a Trump supporter and told the news outlet that his political views are “pretty much in line with what you see coming from the Trump administration.”

Chapman said that he’s a big fan of Fox News — namely Tucker Carlson and Sean Hannity — and was a supporter of Ron Paul’s presidential campaigns in 2008 and 2012.

On his now-privatized Facebook page, Chapman wrote that he wanted white nationalists to ease on violence, saying that’s not how you win over people.

I’m all about preparation and aggressive defense, not violence. We have to maintain the high ground. That’s how we win the long game. 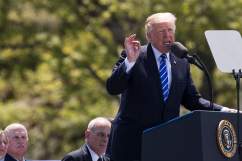 3. Chapman Became a Meme, ‘Based Stickman,’ After He Hit a Protester With a Stick

Chapman’s actions at a pro-Trump rally in Berkeley, California, turned him into a meme. He’s known by many as “Based Stickman,” or “Alt-Knight.”

On March 4, Chapman was attending a Trump rally in Berkley when it suddenly turned violent. A clash ensued between rally attendees and anti-Trump Antifa protesters.

An elderly man was purportedly pepper sprayed by a member of the Antifa side because of the violence.

Shortly after that, Chapman, who was attending the rally, was seen on video hitting an Antifa demonstrator over the head with a stick.

Chapman was arrested and charged with multiple felonies because of the incident.

Numerous remakes of the footage, such as the video above, were posted to YouTube with different versions and songs dubbed over, thus creating the “Based Stickman” meme.

The campaign has since raised almost $90,000 to assist his defense.

4. Chapman Has Spent Almost a Decade in Jail

Chapman, who’s 41 years old and from California, has been convicted of three felonies, The Smoking Gun reported.

Chapman was convicted of a felony just before he turned 18 in November 1993. Texas court records showed that Chapman and another person pleaded guilty to robbery.

The police report claimed that Chapman pointed what appeared to be gun at two victims and ordered money from them. It turned out to be a pellet gun, though he allegedly claimed to the victims that the weapon was a .44 Magnum.

He was sentenced to five years in prison and served 30 months before being released on parole in 1996.

After the stint behind bars, Chapman moved to California and worked as a bouncer at clubs in the southern California area.

In June 2001, Chapman pleaded guilty to grand theft, according to court records. He stole over $400 of items from a Macy’s department store in San Diego, and he was sentenced to four years in prison. He served two-and-a-half years behind bars, but was sent back to prison twice for violating his parole.

Chapman has told his psychologist that he started drinking heavily and abused Vicodin, saying that he smoked marijuana and used cocaine every once in a while.

Finally, Chapman was convicted of a third felony after an undercover investigation in San Diego found a tattoo parlor illegally selling firearms to people.

Court documents obtained by The Smoking Gun showed that Chapman had given the parlor guns two times — a shotgun and an assault rifle. Those were almost immediately sold to a confidential informant.

He was named in an indictment in July 2008 and was charged with two counts of being a felon in posession of a firearm. He was arrested at his home, and a search by authorities found body armor, a pistol, throwing knives, marijuana, brass knuckles and plenty of ammo.

Chapman agreed to a plea agreement and was sentenced to 63 months in a federal prison, which was followed by three years probation. He served five years at the prison, and was barred from drinking alcohol, attending gun expos and possessing firearms as part of his probation.

That probation period has since expired.

5. Chapman Was Arrested Again in April & Has Given Past Speeches

Shortly after the March 4 Berkeley incident, Chapman was arrested again. He was taken into police custody in early April after he allegedly got into an altercation with a skateboarder who hit him, and another man threatened him with a knife.

Chapman said in a video that he was marching through Berkeley wearing a large American flag so as to advertise for a free-speech rally planned in the city later in the week.

“Just wanted to show you guys there is nothing to fear by coming out here and exercising our First Amendment rights,” he said in the video. “Most of the inhabitants of this city are a bunch of f*****g cowards that couldn’t fight their way out of a paper bag.”

Chapman has started his own branch of American Nationalism, called the Fraternal Order of Alt-Knights.

He claimed that he started the group to “protect and defend our right wing brethren.” Chapman said he hoped to accomplish those goals through “street activism, preparation, defense, and confrontation.”

“(The group) is for those that possess the Warrior Spirit. The weak or timid need not apply,” Chapman wrote. “President Trump has our back for the next 8 years. The timing couldn’t be better. Let’s do this!”

Chapman returned to Berkeley April 27 when conservative author Ann Coulter’s planned speech at the University of California-Berkeley was canceled. Chapman gave remarks at the school after the cancellation was announced, saying that he wanted to “fight the radical left” so that he could protect “our right for speech and assembly.

Loading more stories
wpDiscuz
30
0
Would love your thoughts, please comment.x
()
x
| Reply
Alt-right leader Kyle Chapman, known as "Based Stickman," is set to deliver the keynote address at a "free-speech rally" in Portland on June 4.