Gunfire, explosions heard at Manila resortGunfire and explosions have been heard at tourist destination Resorts World Manila in the Philippines, according to reports.2017-06-01T18:01:29.000Z

An apparent casino robbery sparked panic of a terror attack at a popular resort in the Philippines on Thursday, leading to several deaths and injuries.

The victims at Resorts World Manila died of smoke inhalation and suffocation in a stampede trying to exit, according to police. The gunman set fires in the casino during the heist, adding to the chaos. Authorities said 35 people were found dead, and dozens more were injured, CNN Philippines reports. Most of the victims were women, police said. According to Resorts World, 22 guests and 13 employees died.

Early witness claims that the attacker or attackers were shouting about ISIS appear to have been false. Police say there is no indication it was a terrorist attack. One security guard was shot, but suffered non-life-threatening injuries the Associated Press reports.

General Ronald Dela Rosa, the Philipine national police chief, said one gunman was involved, the AP reports. The robber fled with $2.6 million in casino chips. He was later found dead. Police say he set himself on fire and then shot himself in a hotel room while fleeing from police.

“He would have shot all the people gambling there” if it had been terrorism, national police chief Ronald dela Rosa said, according to the AP. “But he did not hurt anyone.”

“It’s either he lost in the casino and wanted to recoup his losses or he went totally nuts,” Metropolitan Manila police chief Oscar Albayalde told reporters.

The resort is located in the Pasay City neighborhood near the Manila airport. Heavily armed police responded to the area, CNN reports.

The Philippines Fire Protection Bureau was also at the scene.

The suspect has not been identified.

According to the AP, Dela Rosa said he was an English-speaking male, but had no identification cards, describing him as “white, with a mustache” and about 6 feet tall. His car was found in the resort’s parking lot. He is believed to be a foreigner.

This is a developing story and will be updated as more information is made available:

1. Dozens of People Were Killed & Injured in the Panic Caused by the Sound of Gunfire & Explosions

Explosions and gunfire could be heard at the Resorts World Manila complex, sparking a panic that led to dozens of deaths and injuries.

Wounded people were seen being led out of buildings to waiting ambulances as police swarmed the scene, according to reporters at the scene. Nearby residents posted photos on Twitter showing smoke rising from the resort complex.

The injuries were caused during the panic. About 70 people were hospitalized. Police said most of the injuries are minor, caused by broken glass and the stampede as people fled the resort.

According to the Manila Times, at least 25 people were wounded, the Philippine Red Cross said. The victims were taken to several local hospitals.

Some of the victims were wounded after jumping from windows on the second floor of the hotel, the newspaper reports.

2. Witnesses Say the Gunman Entered Through a Restaurant & Set Casino Tables on Fire Before Fleeing

Witnesses told a local news station, ABS-CBN, that at least two men wearing “black shirts, masks and bonnets” entered the resort facility and opened fire in a second-floor restaurant. But police now say there was only one gunman involved.

I grabbed this photo from my neighbor who's at the area pic.twitter.com/hL30upOK9m

According to ABS-CBN News, the attacker poured flammable liquid onto casino tables and set them on fire.

Guests and employees were screaming and running for exits, eyewitness Hessa Isabelle told the BBC.

“People are being evacuated out of the building and there’s smoke coming out, and they’re saying that it’s a terrorist attack,” she said.

People scrambled to escape from second and third floors during the panic.

“We took out a ladder to save them. We were able to save many of them,” Ronald Romualdo, a maintenance worker at the resort, told the AP. “But one woman I was trying to save fell from the second floor. … I could not carry her.” He said the woman was not moving afterward, but he didn’t know what happened to her.

3. Resorts World Asked for Prayers & Says It Is Working With the Philippine National Police

The Company is working closely with the Philippine National Police to ensure that all guests and employees are safe.

Resorts World Manila said on Twitter it “is working closely with the Philippine National Police to ensure that all guests and employees are safe.”

In a second tweet, the company said, “We ask for your prayers during these difficult times.”

According to the resort’s website, the complex is located in Newport City, a residential and commercial center in Manila, which is the capital city of the Philippines. It includes hotels, restaurants and bars, along with a casino. It is home to several Western retailers and is popular among foreign tourists.

In a later update, Resorts World said on Twitter, “We have no official information as to the identity or affiliation of the persons responsible for this attack … The Company has followed emergency protocols to ensure safety of guests and employees as far as the situation allowed. We will update you at the appropriate time. Again, we ask for your prayers and consideration during these trying times.”

4. The U.S. State Department Issued a Warning About the Attack & President Trump Has Been Briefed on the Incident

The U.S. State Department issued a warning about the attack.

Press Secretary Sean Spicer said on Twitter that President Donald Trump “is aware of the situation in Manila and is being provided updates by his national security team.”

Trump later addressed the incident in the Rose Garden during a speech about the Paris climate agreement. He spoke before it was determined the incident was likely not terrorism.

“It is really very sad as to what’s going on throughout the world with terror,” he said.

He added he was “closely monitoring the situation” and would provide updates.

5. ISIS Supporters in the Philippines Attempted to Take Credit for the Attack

A soldier carrying a captured ISIS flag while clearing a city street of militants on May 26, 2017 in Marawi city, southern Philippines. (Getty)

Supporters of the ISIS terror group attempted to claim responsibility for the incident, but police say there is no evidence it was a terror attack. Authorities said the ISIS claim was a propaganda attempt.

ISIS never officially claimed credit for the attack, but its supporters, including those based in the Philippines, are celebrating it on social media channels, the New York Times’ Rukmini Callimachi reports. According to SITE Intelligence Group director Rita Katz, an ISIS operative in the Filipino city of Marawi said “lone wolf soldiers” of the so-called Islamic State are responsible for the attack.

ISIS, the so-called Islamic State, has been a growing threat in the Philippines. Filipino troops have been battling ISIS militants in the Muslim-majority city of Marawai, on the island of Mindanao, in recent weeks, CNN reports. Black ISIS flags could be seen in the city’s streets.

Battles there have displaced 70,000 residents and left 140 dead, officials say. President Rodrigo Duterte declared martial law on the island as a result of the crisis. A Catholic priest was kidnapped by ISIS and the terror group posted videos showing him begging for his life, Fox News reports. The Philippines is a predominantly Catholic country.

ISIS has expanded its presence in southeast Asia in recent years, battling for territory and launching terrorist attacks on tourist areas, according to CNN. ISIS fighters have also taken Western tourists hostage in southeast Asia, and have executed some of those they have kidnapped.

Isnilon Hapilon, a Filipino militant leader, was named the emir for ISIS in southeast Asia last year, according to CNN. The siege on the city of Marawi is believed to have been sparked after Hapilon was surrounded and feared he would be captured, CNN reports. He called on others, including the Maute Islamist group, which has pledged allegiance to ISIS, to come to Marawi to battle back the Filipino troops. 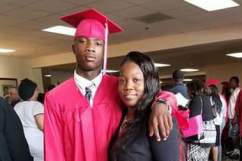 Read More
5 Fast Facts, Breaking News, Exclude, Terrorism
Resorts World Manila was locked down after an apparent robbery led to gunfire and explosions. At least 35 people were killed in the panic and dozens injured.