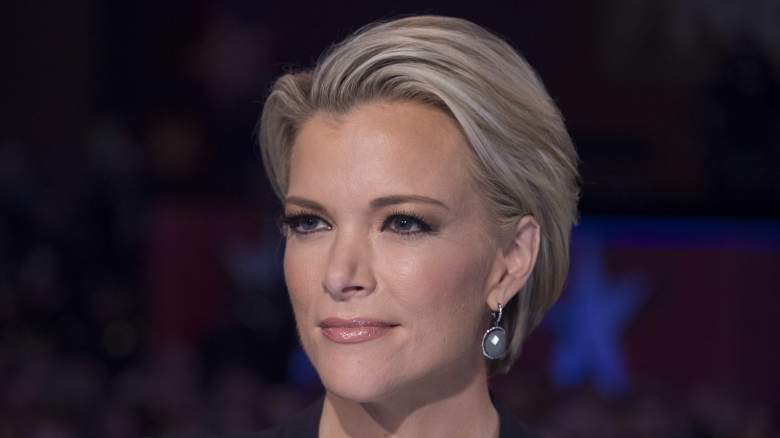 A Sandy Hook mother has joined the chorus of criticism over Megyn Kelly’s decision to give a platform to conspiracy theorist Alex Jones.

Kelly, who recently launched her NBC show, has been promoting the upcoming interview with radio host Jones, who advanced bogus conspiracy theories about the Sandy Hook Elementary School massacre, which was perpetrated by Adam Lanza in Newtown, Connecticut. Jones called Sandy Hook a “false flag” operation.

Kelly wrote on Twitter that she was interviewing Alex Jones about “controversies and conspiracies.” According to the Huffington Post, Jones has called 9/11 an “inside job” and claimed the children murdered at Sandy Hook were actors.

Next Sunday, I sit down with conservative radio host @RealAlexJones to discuss controversies and conspiracies #SundayNight June 18 on NBC pic.twitter.com/7bVz6Fobf5

Nelba Marquez-Greene lost her daughter Ana Grace in that massacre and has unleashed a series of tweets against Kelly. She posted a photo of Ana Grace and urged, “Here you go @megynkelly – her name is Ana Grace Márquez-Greene. Say her name- stare at this & tell me it’s worth it. @nbc #SandyHook.”

Here you go @megynkelly – her name is Ana Grace Márquez-Greene. Say her name- stare at this & tell me it's worth it. @nbc #SandyHook pic.twitter.com/mKrU63KWmA

She added, “Called on @megynkelly ‘s sense of humanity and I’m still waiting. #ShameOnMegynKelly.” She said that giving conspiracy theorists a national platform makes the situation worse for the families.

Because this is what it looks like when you shine light on #AlexJones – they don't go away. They double down @megynkelly . #SandyHook pic.twitter.com/GjeBVpC6HR

Kelly responded on Twitter – although not to Marquez-Greene – by writing, “POTUS’s been on & praises @RealAlexJones’ show. He’s giving Infowars a WH press credential. Many don’t know him; our job is 2 shine a light.”

Here are some of Marquez-Greene’s other tweets:

It's a miracle no #sandyhook parent has ended their life yet. The loss of a loved one and the constant harrasment is too much. @megynkelly

My 9/11 friends are equally devastated. We have lost our way as a nation. We mock suffering & promote abuse. I have no words … https://t.co/Xmkf0AZ9lG

You'll reply to this but not to me, right? We see you @megynkelly and we're shining a light on you too…. https://t.co/WZWCVC11U7

You do not "shine a light" on someone with such dangerous ideals and ideas. Shine a light on the parents, siblings and their journeys. https://t.co/Bj7s7Oi8V4

It has been 5 years since we lost our child. While we don't speak of the harassment very often, I must tell you it has left us traumatized.

The memory of our child. You have a powerful platform. I encourage you to "shine light" on affirming the losses suffered here- NOT on a

Person who mocks those losses. @megynkelly , I pray you never know it pain. I am asking you to be the woman you would need if our roles were

Reversed. You have the choice to do the right thing. Shine light on truth, love and hope. Hate and evil doesn't need another platform.

In @megynkelly 's America, cruelty gets u on national TV on Father's Day. #SandyHook grieving dads will go to the cemetery. #thisisnotnormal

She wasn’t alone. John Glueck wrote on Twitter, “My nephew survived Sandy Hook. I am not tolerating this. Will never watch @megynkelly or @NBCNews again if they choose to air this.”

For her part, Kelly has also retweeted a man who wrote that he couldn’t wait for the interview.

On Twitter, other people were criticizing Kelly’s interview as well.

Will you be interviewing the parents of the kids murdered at Sandy Hook or just Alex Jones who called their deaths a hoax?

Alex Jones claims it was a hoax

Come on @nbc, Alex Jones? Putin? What's next? Live executions? Give me a break.

#ShameOnNBC Alex Jones and Sandy Hook on Fathers Day? Have u lost ur freaking minds? Tuning out…

Kelly’s other interviews have been with Vladimir Putin and Erin Andrews since she switched to NBC.