Michael David Graham, a missing Iowa father of four, texted his family from the trunk of his car and said he had been tied up inside it, according to USA Today. He was later found unharmed in an Omaha hotel.

Michael Graham hasn’t been seen since vanishing while working near a commercial building in North Liberty, Iowa, which is located about 100 miles from Des Moines, USA Today reported.

However, making the matter more mysterious, police now say they don’t suspect foul play in Graham’s disappearance and added that “family members have received text messages from Graham’s phone, but still do not know his location.”

They found him in Omaha, but he won’t face charges for making a false report because he didn’t make it directly to police, according to KCRG-TV.

Graham is a married father of four from Coralville, Iowa, who once studied at a seminary and wrote a novella. Michael Graham’s wife, Jill, has posted a frantic plea on Facebook in an attempt to find him since he went missing on June 5 in Iowa.

1. Jill Graham Wrote That She & Graham’s Four Children Are ‘Beyond Eager’ to Have Him Home 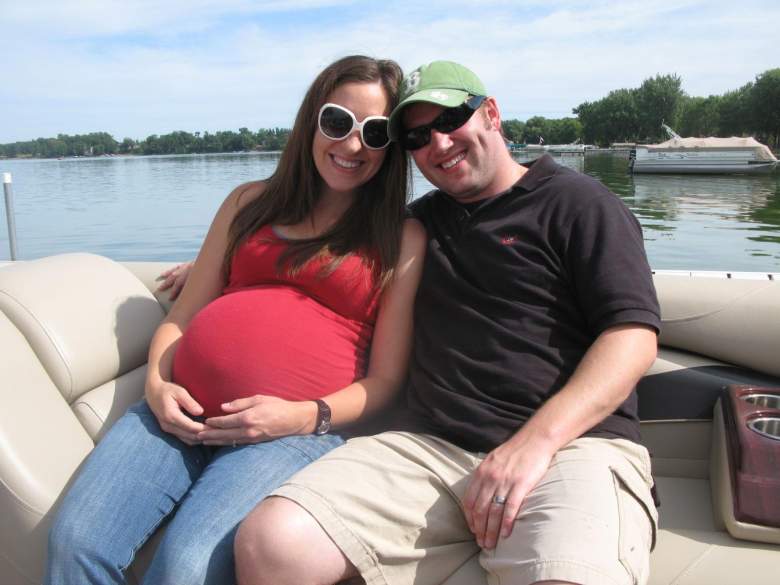 In the lengthy post on Facebook, Jill Graham wrote on June 5 that Graham’s last known location was in a parking lot near his place of work.

“My husband, Mike Graham, went missing early this morning,” she wrote. “His last known location was in a parking lot near his place of work in between Hawkeye Drive and highway 965 in North Liberty, IA.”

Jill Graham provided a description: “He’s 37 years old, 5’7″, weighs approximately 160lbs, has brown hair (shaved) and brown eyes. The local police department was able to ping his phone on the boarder (sic) of Keokuk and Washington County in Iowa around 1:15pm this afternoon. We have since lost his location and believe his phone is shut off.”

She added, “We are unable to locate his vehicle, so we assume he is with it. It’s a black 2016 Volkswagen Jetta with the license plate ELL-592. I’ve filled out a national missing persons report on him. Please, please share this information. He has four children and a wife who are beyond eager to have him home with us.”

After reports surfaced that police don’t suspect foul play, Jill Graham added an update to her Facebook post that read: “UPDATE: We still haven’t heard anything. I understand that some people may be skeptic of this post being truthful. Unfortunately this nightmare is actually happening.”

2. Mike Graham Is a Former Financial Adviser Who Worked for a Blood Plasma Organization

According to his Facebook page, Graham is a former financial adviser for Northwestern Mutual. He also worked at BioLife Plasma Services as an assistant manager.

Michael Graham’s Facebook page says that he lived in Coralville, Iowa and is a graduate of Mankato East Senior High School.

BioLife’s website describes it as “an industry leader in the collection of high-quality plasma that is processed into life-saving plasma-based therapies.”

3. Graham Once Studied at a Baptist Seminary

Michael Graham’s Facebook page says that he “Studied Church Planting at Southwestern Baptist Theological Seminary” and received a bachelor’s degree at the University of Wisconsin–Eau Claire.

The family has ties to Wisconsin. His wife wrote on Facebook in late May in a picture with two family members, “High fives to these awesome two for driving all the way down from Wisconsin so they could borrow our kids and kick Mike and I out the door for an anniversary date. Love you guys.”

4. Police Confirmed That Graham Sent His Wife Text Messages Saying He Was Tied Up

“Graham sent text messages to his wife saying he’d been tied up and forced into the back of his 2016 Volkswagen Jetta, bearing Iowa license plate ELL 592,” police confirmed, according to CBS2. “He was allegedly abducted near his employer at 7 Hawkeye Drive in North Liberty.”

People with information about Michael David Graham should contact their local law enforcement agencies or the Johnson County Communications Center at 319-356-6800, the television station reported.

His last known location via the cell phone ping came about 30 miles from his work in a small town at about 1 p.m. on Monday, June 5, according to USA Today.

5. Graham filled his Facebook Page With Odes to His Family & Wrote a Novella

Graham’s public posts on Facebook are focused on his family. He posted many photos of himself with his wife and four children. His wife’s page is also filled with photos of them as a couple and family. She wrote in 2014 that they had been married nine years at that point.

Under one photo, he wrote, “I love my dear sweet daughter Brooklyn, her love for gymnastics, and for my wife Jill Graham’s photography.” He also sometimes posted religious quotes.

Michael Graham also linked to a novella that he had written. Called Running State, the 2013 book was a novel about a man struggling with alcoholism and looking back at his high school years.

The book’s blurb on Barnes and Noble says, “Daniel Grant is a seventeen year old senior in high school in the year of 1996. He hopes to be elected as the captain of the Cross Country running team because he has some extreme goals set for the team. The wild journey and success that Dan and his teammates go through during his senior year is told by Daniel Grant as a thirty-two year old, soaked in years of drunkenness and hoping that recalling the story of his successful senior year of running in High School can help him overcome drinking and become healthy again so he can provide for his wife and three children.”

Loading more stories
wpDiscuz
6
0
Would love your thoughts, please comment.x
()
x
| Reply
Michael David Graham went missing while at work in North Liberty, Iowa. He texted his wife, supposedly from the trunk of his car, but now police don't suspect foul play, deepening the mystery. He was found in Omaha.