Michael Ren Wysolovski is accused in connection with the disappearance of a now 17-year-old girl who, after being missing for a year, was discovered alive in Duluth, Georgia.

He’s alleged to have controlled her life down to tiny details, monitoring how many calories she ingested every day and keeping her confined in a bedroom, according to Gwinnett Daily Post.
Hailey Burns, then 16, went missing in 2016, when she vanished into thin air from her family home in Charlotte, North Carolina.

Family members said at the time that there was evidence Hailey had been communicating with an older man online. Hailey’s family told WSOC-TV that she was allegedly abducted by a man she met online and escaped after telling an online friend she was missing.

1. Hailey Disappeared After Exhibiting Strange Behavior, Such as Using a Pacifier 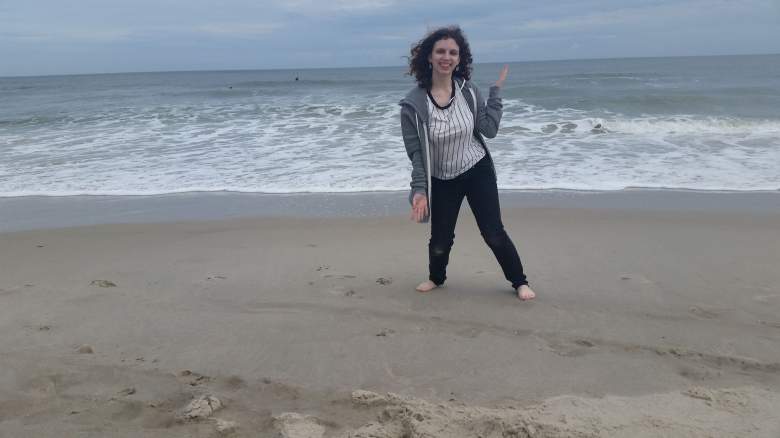 According to IJR.com, Hailey Burns was only 16 when she disappeared on May 23, 2016 from her home in Charlotte, North Carolina. Her parents faced every parents’ worst nightmare: She just vanished into the night.

“Her parents, Anthony and Shaunna Burns, woke up and found her bedroom empty and the front door of the house unlocked. They believe she left the home between midnight and 6:00 a.m.,” the news site reported.

IJR.com reported that, before she vanished, Hailey had started “using a pacifier and wearing her hair in pigtails,” and her parents learned through a classmate that she had “been talking to” a 30-year-old man and exchanging phone messages with him in which she called him “Daddy.”

The man’s name was not released, and it’s not clear whether that account bears any connection to Wysolovski or his arrest.

2. Hailey Was Allegedly Imprisoned in a Room & Made to Perform Sexual Acts for Food

Hailey was found alive in Duluth, Georgia, according to Fox News.

She was located in a home not far from Atlanta. Michael Ren Wysolovski was arrested in connection with her disappearance, reported Fox News, and “faces a number of charges, including cruelty to children and false imprisonment.”

According to WSOC-TV, Burns had allegedly “been held captive at Wysolovski’s home” and her parents said she met him online. “(He) got her in the car, brought her straight to his house and she pretty much had to stay there the whole time,” Shaunna Burns alleged to the television station.

The Gwinnett Daily Post reported that authorities accuse Wysoloviski of exercising extreme control over the girl.

“She was reportedly made to perform sexual favors in exchange for food,” the newspaper reported, adding: “She was confined in an upstairs bedroom and told she’d be arrested if she left.”

The newspaper also reported that search warrants allege that “He even kept a food journal detailing how many calories she’d eaten each day…If Hailey ate more calories than Wysolovski thought she should one day, she wouldn’t be allowed to eat the next. Sometimes, he made her perform oral sex in exchange for food.” The girl was malnourished when discovered, according to Gwinnett Daily Post.

However, a neighbor said he saw Hailey unload groceries, and she didn’t seem distressed:

Neighbor said he saw Hailey Burns once unloading groceries, said hi. He said there was no sign of distress & he had no clue she was missing. pic.twitter.com/a8nmEtdTHo

Other neighbors also said that they barely saw Wysolovski, although some thought the pair were a “quiet couple” who kept to themselves and kept the drapes closed, according to The Charlotte Observer, which added that Wysolovski purchased the home in April 2017.

Fox 5 reported that Wysolovski is accused of “aggravated sodomy, cruelty to children and deprivation, interference with custody, and false imprisonment.”

This is the Gwinnett County house where the FBI says they found a 17-y/o missing NC girl overnight. 31-y/o man arrested. pic.twitter.com/XpTauP2efl

Wysolovski is 31-years-old and will face state charges, the FBI told WSOC.

According to Fox News, Hailey, who has Asberger’s Syndrome, left behind a diary in which she indicated plans to run away with a man she met online. However, authorities have not yet released details of the accusations against Wysolovski.

A woman alleged on Facebook after the charges were announced, “I TOLD Y’ALL HE WASN’T SH*T. My ex, Michael Ren Wysolovski has been arrested. I’m overwhelmed right now but at the same time I feel so relieved that he’s been caught and everyone sees him for the awful abusive prick he is. I hope this poor girl gets some good help.”

3. Hailey’s Mother Declared ‘She Is Safe’ On Social Media 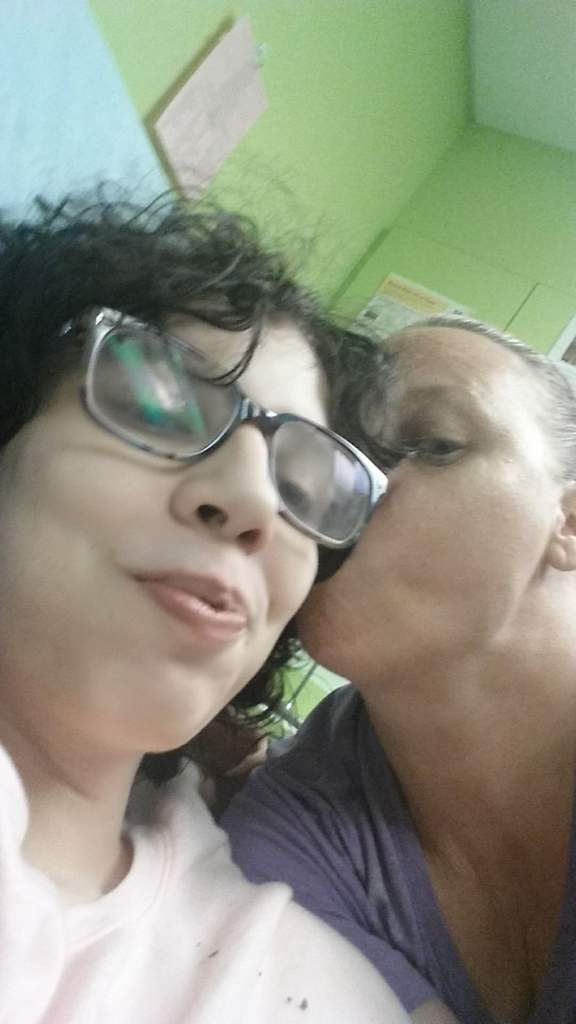 A photo that Shaunna Burns posted on Facebook along with a message about Hailey being found. (Facebook)

Hailey’s mother, Shaunna Burns, wrote on Facebook that Hailey was safe after a “night of sleuthing.”

“After a night of sleuthing and driving to Georgia our sweet baby is coming home with us…Thank you to EVERYONE that shared or prayed!!!!! It’s gonna be CRAZY for a while…but I LOVE you ALL!!!!!!”

4. Hailey’s Father had Written That He Grieved for the Missing Girl Every Day

Hailey’s disappearance took a toll on her family members, who had to wonder what had happened to her and whether she was dead or alive.

Her father wrote on Facebook on June 22: “Really miss my daughter Hailey today. I wake up every day and grieve one of many scenarios that lead me no closer to the truth. And I see her room empty and pictures around me and just wish I could hug my little girl again. I miss her so very much.. I hope you will take a moment today and hug your daughter if you are a father. Tell her how very special she is to you before you can’t. Tomorrow will mark the 13th month and the 394th day without her.”

In May, he wrote, “The fbi has announced via press release a 15k reward for information leading to finding my daughter and will be putting up billboards to hopefully assist in locating her.” In November, he wrote, “Please share as you see fit. MY daughter has not been seen and confirmed alive in almost 6 months. She is special needs and is likely in grave danger. Thank you.”

The distraught father filled his page with note after note about missing Hailey. In August, he wrote, “On May 23rd my daughter, Hailey was suddenly missing from our lives. Likely misled by an internet predator. It has been 93 days since she was taken from us. I miss my Hailey so very much. Things are different since she vanished. Our family is missing a body part and we don’t know whether she is safe, or in grave danger.”

After Hailey was found, the father wrote, “Today we found my starlight and after a brief hospital stay she will return to her home. It is a blessing from God. Please pray for our family as we work to help Hailey feel how much she has been missed. Thank you to all that have stood with us through this difficult time.”

Luckily, for this family, there was a happy ending.

5. Hailey Told a Woman in Romania About Her Plight & Hailey Then Photographed the House Window

Hailey, who has now been reunited with her family, was discovered in the Duluth home after authorities received a tip about her whereabouts. The specifics of that tip have not yet been released.

However, WSOC-TV reported that Hailey was communicating with a woman from Romania about her plight. She told the woman she was missing, and the woman researched the case and contacted Hailey’s parents, reported WSOC-TV.

“Hailey’s parents said a tipster reached out to Hailey to find out where she was. Hailey didn’t know, so she took a photo from the house window and within hours, she was rescued,” reported WSOC.

“A Special Agent in Charlotte received information that the teen may be at a home in the Atlanta area,” reported Fox 5.

This story will be updated as more details are learned about the case.