Neil White, 47, has been charged with second degree murder after his 7-year-old daughter, Gabrielle, was found dead inside his home in New Rochelle. White is the estranged husband of NBCUniversal talent acquisition vice president Michelle Hord-White. He worked as a writer and political consultant.

According to the Daily Mail, Hord-White was not at the home at the time of the incident.

Anyone with information regarding this incident is asked to contact the New Rochelle Police Department at (914) 654-2270.

1. White Entered a Not-Guilty Plea in Court This Week

According to ABC 7, White pleaded not guilty to second degree murder charges and is being held without bail. New Rochelle City Judge Anthony Carbone issued two orders of protection (one for Hord-White and the other for another person not identified in the reports) in addition to denying White bail. White is due back in court on June 15.

“White…wore a blue hospital gown, tan socks and bandages on both forearms for [the] court appearance,” the New York Daily News reports.

If White is convicted, he could be sentenced to prison for up to 25 years.

Police believe the preliminary cause of Gabrielle’s death is asphyxiation, but an autopsy is pending.

2. Gabrielle’s Body Was Found by Her Babysitter, Tonette Mahon

Mahon rushed to the home around 3:00 p.m. Eastern after White sent her a series of “alarming text messages.” Upon arriving at the home, Mahon noticed the shades had been drawn. She ran inside, yelling for Gabrielle and White. When she went upstairs, she saw White covered in blood; It appeared that he had cut his wrists. White told her that Gabrielle was in her room “resting.”

Mahon proceeded to the bedroom where she found Gabrielle lying down, unresponsive, and immediately called 911.

“She saw Mr. White had cuts to his wrist, saw some blood and then she checked on the girl and saw she wasn’t moving and called us,” New Rochelle Police Captain Robert Gazzola told WCBS.

You can watch Mahon’s account of what she witnessed in the video below.

3. Police Responded to a ‘Domestic Dispute’ at the Home Earlier This Year

Mahon told at least one neighbor that the couple was going through a “bad divorce.”

“She said [people at the local church] had a feeling something bad was going to happen,” the neighbor, identified as Oliver, told the media. “People here were calling him the devil,” he added.

According to the New York Daily News, police responded to the home on a domestic dispute call back in January.

Hord-White filed paperwork to divorce her estranged husband two months ago. One day before he was arrested for his daughter’s murder, White signed paperwork to surrender the house to his ex.

The couple had not been living together in recent months but they did share custody of Gabrielle.

5. Hord-White & Her Family Have Released a Statement

#Exclusive He said-she was resting in her room. His daughter, Gabrielle White was dead. https://t.co/MNmVHknEkF @ABC7NY #newrochelle

“No words could sum up all that Gabrielle meant to us but she was our light. We are broken and devastated that our sweet little girl is gone but we’re thankful that we had seven wonderful years with her. While we begin to mourn privately, we thank those friends, colleagues, neighbors and strangers for the tremendous support that we’ve already received,” the statement read. 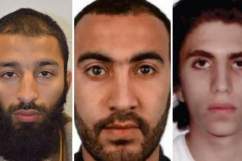