Heavy police presence at Notre Dame in Paris has people on high alert today. Within the last hour, several people have taken to social media, saying that gunshots were heard outside of the cathedral. Other Twitter users have said that police have evacuated the area outside the church.

Soon after the incident, police urged people to stay away from the area as they search for any accomplices. Paris police have since said that the area is secure.

1. Police Have Shot & Wounded an ‘Attacker’

According to BBC News, a man attacked a police officer with a hammer, hitting him in the head. The wounded officer shot and injured his attacker, according to The Associated Press.

The current condition of the man shot by police is unknown. Reports indicate that the suspect was shot twice, at least once in the chest, and was being treated for his injuries.

“I was about to come inside [the cathedral] and heard the noise, the gunshots, turned around and saw the assailant on the ground where they had shot him. It was very safe, very quickly contained,” American tourist Kellyn Gorman told BBC News.

Police have not yet released the name of the attacker or that of the officer that was wounded. The officer’s current condition is also unknown.

2. Officials Are Treating This as a ‘Terrorist Incident’

One lone attacker with a hammer. Been shot by police. Area still in lockdown. Treated as a terrorist attack #NotreDame #Paris pic.twitter.com/7ItjHCJ9js

According to BBC News, police have confirmed that this was a “terrorist incident.” Anti-terrorist prosecutors are in the midst of an investigation.

Fox New reports that the suspect was heard screaming, “This is for Syria,” before charging at a police officer. In addition to the hammer, he was also carrying two kitchen knives and “other unsophisticated weapons,” according to police.

3. The Incident Happened Outside of the Cathedral

so we are trapped in Notre Dame Cathedral. Something is happening outside we don't know what it is. Police sirens can be heard #NotreDame

Paris police will be allowing those on lockdown to be “cleared” following “usual checks.” Police entered the cathedral and asked everyone inside to put their hands in the air.

Police asking everyone to raise their hands in the church pic.twitter.com/y5KkyWqdWK

People were allowed to leave the church row by row, according to Matthew CurrieHolmes, who was inside the cathedral during the incident. He said that everyone was “frisked” as they exited.

They are letting people out row by row… police are frisking everyone as they leave. #NotreDamecathedral #notredamedeparis

Despite the situation the priests and police have been fantastic. Very polite and calm everyone here has obliged w/out incident #notredame

We are out! Dozens of police and military have cordon off the area. I got trouble for taking a picture. #notredamedeparis

“Two ‘blasts’ sparked panic among tourists amassed outside Notre Dame. A man was then seen ‘lying on the ground inert,’ according to a journalist with France Info who works by the cathedral,” reports The Telegraph.

Shots were fired in front of Notre Dame a few minutes ago, we had been there, but had just crossed the street. People ran everywhere.

5. France Is on High-Alert Following Terrorist Attacks in Paris & the UK

#ParisAttack — At least three injured, including attacker, as shots are reported following a hammer attack ambush at Notre Dame in Paris pic.twitter.com/qksFt2O4CH

In November 2015, 130 people were killed in the Paris Attacks, which ISIS claimed responsibility for. It started around 9:20 p.m. local time with an explosion outside the Stade de France. Ten minutes later, a second blast went off. A third explosion went off about 20 minutes after that at the Rue de la Cokerie. There was also an explosion at Comptoir Voltaire. All of these explosions were carried out by suicide bombers.

In July 2016, 84 people died when a man drove a truck through a crowd of people on the promenade in Nice, France.

Since the 2015 attacks, the country has been in a state of emergency.

“Due to ongoing threats to France by Islamist terrorist groups, and recent French military intervention against Daesh (formerly referred to as ISIL), the French government has warned the public to be extra vigilant and has reinforced its own domestic and overseas security measures,” reads the GOV.UK website in part. 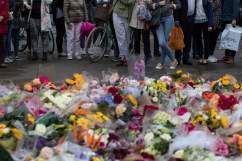 Loading more stories
wpDiscuz
0
0
Would love your thoughts, please comment.x
()
x
| Reply
People in Paris are in a panic after heavy police activity in front of Notre Dame Cathedral. Reports indicate that a police officer was attacked with a hammer.