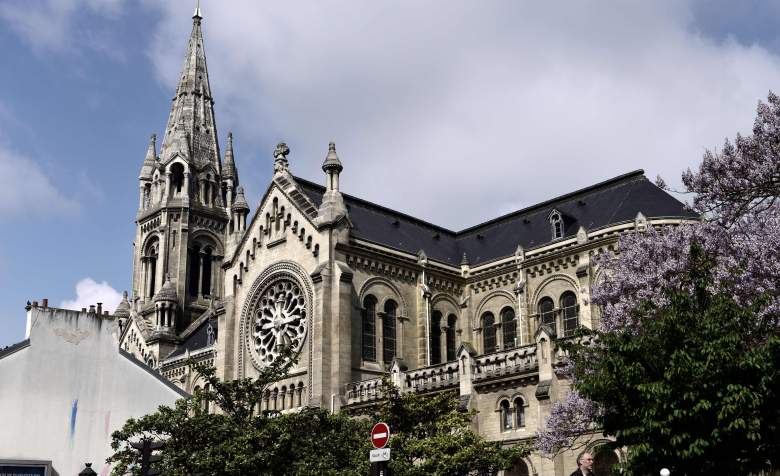 There were reports of gunshots and panic breaking out at Notre Dame cathedral in Paris.

According to BBC, “Reports suggest a man attacked a police officer with a hammer and was later shot.”

The man was identified as an Algerian student who claimed to be an ISIS soldier and shouted “This is for Syria.” French police shot him at the scene, and the suspect was taken to the hospital.

HEAVY police presence around Notre Dame Cathedral where a man supposedly attacked a cop with a hammer & was shot. pic.twitter.com/Frc2Mavu0p

You can watch a Periscope video from the scene here.

The latest pictures of armed police in Paris, who are attending an incident at the Notre Dame Cathedral https://t.co/zfw1nXuv5x pic.twitter.com/D6A8LGhaG4

In Paris, early reports suggest that tragedy was averted by quick police action, but details were still unfolding from the scene. News of the incident broke just before 11 a.m. June 6 on the U.S. East Coast.

Notre Dame is one of the best known landmarks in Paris. The cathedral draws scores of tourists each year, making it an obvious location for beefed up security as ISIS-influenced terrorists have repeatedly struck in the heart of Europe.

This post will be updated as more is learned about the attack. Fox 43 reported that police urged people to stay away from Notre Dame as the incident unfolded. The attacker was shot by police, reported FOX 43, but the condition and name of the attacker are not yet known.

WATCH: @MikeyKayNYC reports from the scene of police operation outside of Notre Dame Cathedral https://t.co/GSKO4E2aXL pic.twitter.com/0hUYKiOIOi

There was no immediate claim of responsibility or a statement of motive. It’s not yet clear whether the incident in Paris was terrorism related, although that’s obviously the immediate concern due to the recent attacks in London, which were committed by a group of radical Islamic adherents.

Paris police said on Twitter that there was indeed an incident at Notre Dame cathedral, but they did not release further details. Reuters confirmed, however, that someone had attempted to attack a police officer at the historic landmark.

Loading more stories
wpDiscuz
1
0
Would love your thoughts, please comment.x
()
x
| Reply
There were reports of an attack on a police officer at Notre Dame Cathedral in Paris, France. It wasn't yet clear whether it was a terror attack. See photos and videos.