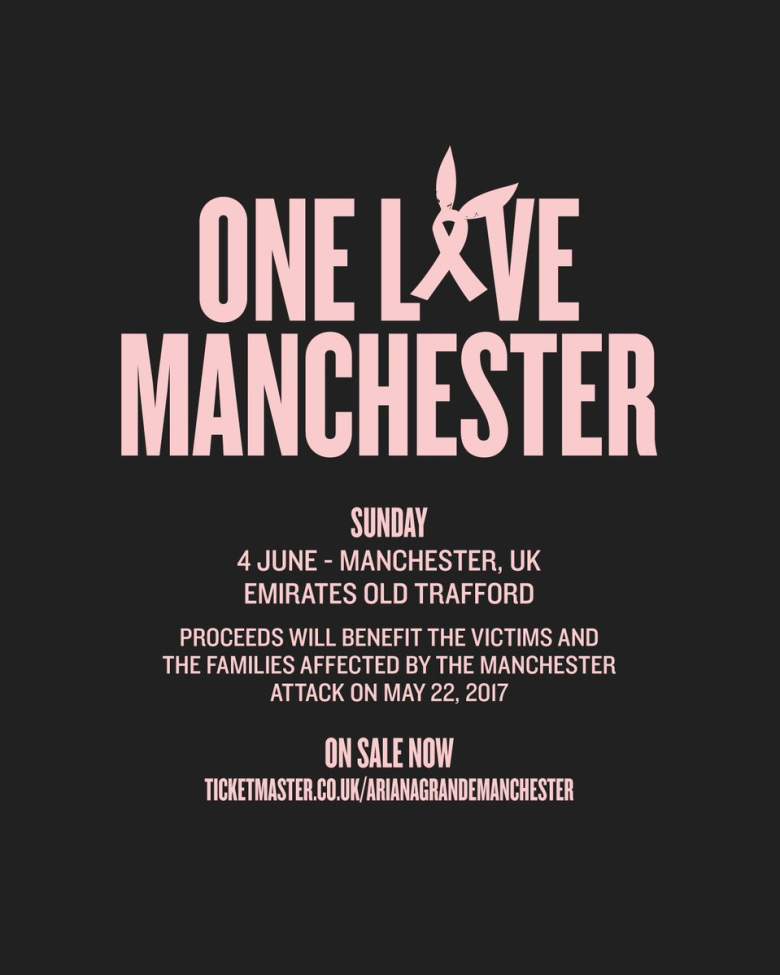 The full show starts at 2 p.m. EDT and a stream is available on a number of different platforms. On TV, the show will be broadcast live on Freeform and then a one-hour special will air after Game 2 of the NBA Finals on ABC on Sunday night.

But if you can’t get to a TV, numerous social media platforms have you covered.

It’s been just under two weeks since a terrorist attack rocked Manchester Arena at a Grande concert. The May 22 suicide bombing killed 22 people at the show and injured hundreds more.

Four days after the gruesome attack, Grande announced she was planning to come back to Manchester in short order after organizing a benefit concert called “One Love Manchester.” All proceeds from the star-studded concert go to the We Love Manchester Emergency Fund, which benefits the victims of the terrorist attack and their families.

Here are the available options for live streaming the concert:

Note: Streams will go live once the event begins.

YouTube is the “official streaming partner” of the concert. It announced last week that it would “absorb all of the costs” for the event.

The stream is being broadcast on Grande’s official YouTube channel.

Twitter also joined the social media platforms in streaming the concert. The live broadcast of the show is available in the video above on Twitter’s @TwitterLive account.

The concert is hosted in the U.K. by BBC, and the news organization is streaming the whole concert and the pre-show activities in the video above.

In addition to the publicly-available tickets, Grande said that all those fans who attended her May 22 would be offered free tickets to the benefit show. However, many have said they were unable to get their tickets.

“We understand that there are a number of fans who didn’t receive an email this morning with regards to free tickets for One Love Manchester,” Ticketmaster UK wrote in a statement. “We worked through the night and verified thousands of original bookings although there were some we could not verify.”

Unfortunately, many used the exclusive ticket offer as an opportunity to get free tickets to the show. Ticketmaster said in its statement that of the over 25,000 people that applied for the free tickets, 10,000 were fraudulent. It also noted that those who tried to resell the tickets would have their passes cancelled. 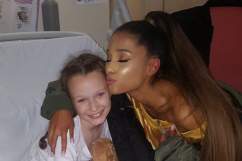