Lt. Patrick Weatherford, a Newport, Arkansas police officer shot and killed in the line of duty, was remembered for his kind spirit and had been named Jackson County Officer of the Year in 2016.

An 18-year-old man was under arrest in Weatherford’s slaying on June 13.

Today marks the end of watch for Lt. Patrick Weatherford, the Jackson County Outstanding Law Enforcement Officer of the Year in 2016. #arpx pic.twitter.com/xI7r9hy8ZS

Weatherford, 41, was highly educated and had been a police officer for 15 years, according to his LinkedIn page. “He was an amazing young man,” wrote one woman who knew him on Facebook. Other tributes are also flooding in.

1. Weatherford Served on the Newport Police Force for His Entire Career & Was a Married Father 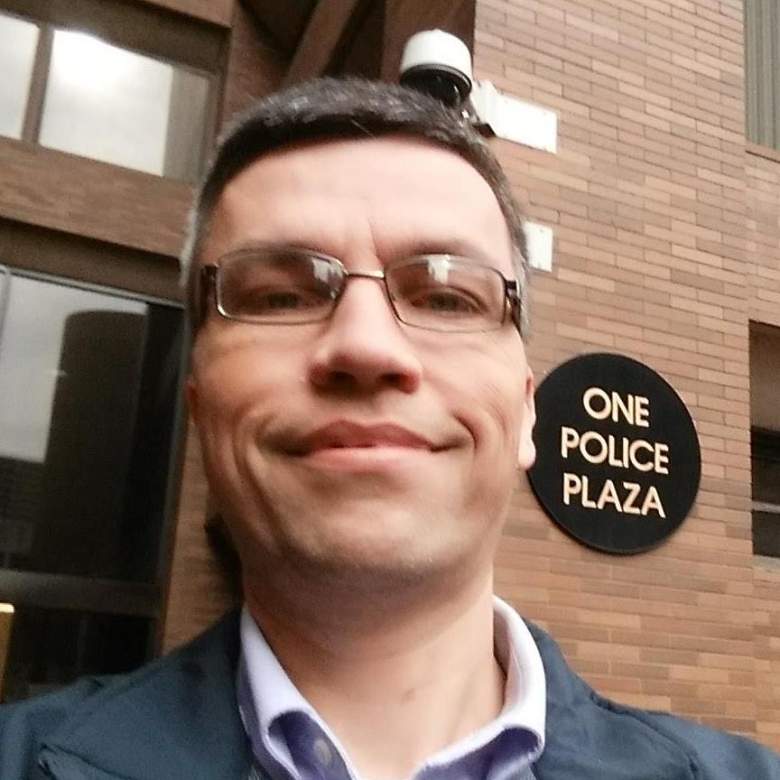 On LinkedIn, Weatherford only listed his service with the Newport police force. He had served on the force for 15 years, most recently working in the Criminal Investigations Division.

His LinkedIn page says he joined the force in May 2002. Newport is the county seat of Jackson County, Arkansas. It’s a small town with a population of almost 8,000 people.

Our hearts go out to the Jackson Co. community. Lt. Patrick Weatherford of 15 years shot to death @Region8News pic.twitter.com/eYe1C9nFdS

He was also a married father. Wrote one friend on Facebook, “Patrick was a great guy and a loving father/husband.” He left behind a young son, the friend wrote. She added, “kills me to think of what Kristen (his wife) is going through right now and their son.”

2. Weatherford Was Shot & Killed During a Foot Chase

On a news conference on June 13, authorities revealed that Weatherford was shot during a foot chase.

“Arkansas State Police stated Weatherford was responding to a vehicle break-in. A suspect fled and the officer chased the suspect on foot around Newport Ave. and Bowen St. near Remmel Park. According to ASP, the suspect turned and shot Weatherford,” reported NewsWest9.

At 9 p.m. on June 12, Little Rock police revealed the awful news. “The police officer shot in the line of duty in Newport has died. Please ?for the officers family, friends & department before going to bed,” police wrote on Twitter.

Weatherford was shot around 7:30 p.m. in the line of duty and died at the hospital, reported Fox News.

The Newport Police Department and community are mourning the loss of Lt. Patrick Weatherford; who was shot to death near Remmel Park. pic.twitter.com/d1q7nDQ7N8

Police revealed very few details of how the shooting unfolded. They did say that it occurred in the Remmel Park area of Newport, according to KATV.

Weatherford continued to seek knowledge and training in his profession. Reading his biography underscores even more so the tragic nature of his loss; the officer had spent year after recent year achieving and reaching new educational milestones. So much preparation, so much knowledge, so much determination – all lost.

Countless units here. House taped off was an area suspect may have been. pic.twitter.com/YJkkpIUcZe

He also attended the National FBI Academy in Quantico, Virginia. And he received an associate of science degree from Arkansas State University in Newport in 2013.

Arkansas Attorney General Leslie Rutledge said in a statement on Twitter, “Lt. Weatherford was known for routinely preventing incidents and altercations from escalating into crisis. And I have no doubt that Lt. Weatherford began his watch today with the same mission to protect and serve the community he loved so much.”

Weatherford’s Facebook page shows a dedication to the country and law enforcement. His Facebook cover photo was an American flag. His profile picture showed him standing in front of a police building.

In April, he posted the above photo of a badge with a black line through it without offering explanation.

A KAIT-TV reporter wrote on Facebook that Weatherford had served as the department’s public information officer. “The list of his accomplishments goes on & on…but he wasn’t just a great officer, he was a great person, too,” she wrote.

5. The Suspect Turned Himself Into Police & Weatherford Was Remembered for His ‘Kind Spirit’

A massive manhunt was underway in Arkansas for the suspect, whose name was not yet released to the public. However, the suspect turned himself in to police on June 12. A police dive team is looking for the gun used in the murder, reported NewsWest9.

Meanwhile, friends were paying tribute to the slain officer as a hero with a kind spirit. Wrote one friend on Facebook, “Continual Prayers for our Hero’s Family. You will truly be missed Patrick. NPD, JCSO and all L.E.O.s that was touched by Patrick’s legacy and kind spirit, you are in my prayers also. Let’s wrap our arms around this family.”

20-30 law enforcement officers at Newport PD tonight. Search for man suspected of shooting Lt. Patrick Weatherford will continue in the AM. pic.twitter.com/R4Hg0LfcAm

This article will be updated as more information about the slain officer is learned.

Loading more stories
wpDiscuz
6
0
Would love your thoughts, please comment.x
()
x
| Reply
Patrick Weatherford, a Newport, Arkansas police lieutenant, was shot and killed, and police launched a manhunt for the suspect. Learn more about the officer.