Tonight, season 2 of Queen of the South returns to USA, and Teresa is ready to take on the Vargas cartel as Camila secures her empire.

There’s a lot to look forward to heading into this season. Last season, we learned Guero isn’t dead, after all, and his return will likely cause some romantic turmoil for Teresa. In a recent interview with USA, showrunner Natalie Chaidez said, “Let me say, we have more romance this season… Guero will return to the fold … he will be reunited with Teresa at some point, but it will not be an easy path because of the world that they live in.”

While last season focused on Camila’s empire, this season will be about growing the business. “There’s [also] the climb of Teresa and Camila as they build their business together in Dallas… Camila will be seeing Teresa more and more as a partner — as an up-and-comer in the business — and not just a drug mule working in the packing area.” Fans can expect to delve further into the powerful female relationship of Camila and Teresa, and the ramifications their work will have on others.

The show will also be moving away from the book it’s based on (a novel by Arturo Perez-Reverte), and will start to create it’s own plot adventures beyond the book.

Read on to find out when and where to watch the show.

EPISODE SYNOPSIS: In the Season 2 premiere, Teresa brokers a deal with an eccentric smuggler; Camila struggles to rebuild her empire; and Epifanio takes on a new partner he may not be able to control. 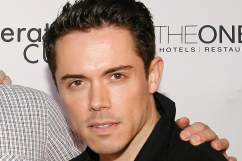 Loading more stories
wpDiscuz
1
0
Would love your thoughts, please comment.x
()
x
| Reply
Tonight is the season 2 premiere of Queen of the South on USA. Get the details on when and where to watch the show.