Rachid Redouane was named as one of the three terrorists who struck London Bridge and nearby Borough Market, leaving seven dead and a trail of wounded.

The gang of three attackers staged both a knife attack at market establishments and used a van to ram into pedestrians on London Bridge.

It was the third major terrorist attack in England since March 2017, and the prime minister vowed “enough is enough.” Rachid Redouane was one of two terrorists named on June 5. The other terrorist to be named was Khuram Butt, the son of Pakistani asylum seekers who was featured in a documentary on British Jihadis. The third has not been identified.

Metropolitan police said that at least 48 people were injured, in addition to the seven who died. Twenty-one people remained in critical condition the day after the attacks. Police have not yet released all of the names of those who perished in the twin attacks, which came just a few weeks after the Manchester explosion at an Ariana Grande concert, and the day before a memorial concert in memory of the Manchester victims. However, Canadian Christine Archibald was the first deceased victims to be named. She was struck by the van driven by Rachid Redouane, Khuram Butt, and the other terrorist on London Bridge.

1. The Terrorists Shouted That They Were Committing the Attack for ‘Allah’ & Redouane Is of Moroccan & Libyan Descent 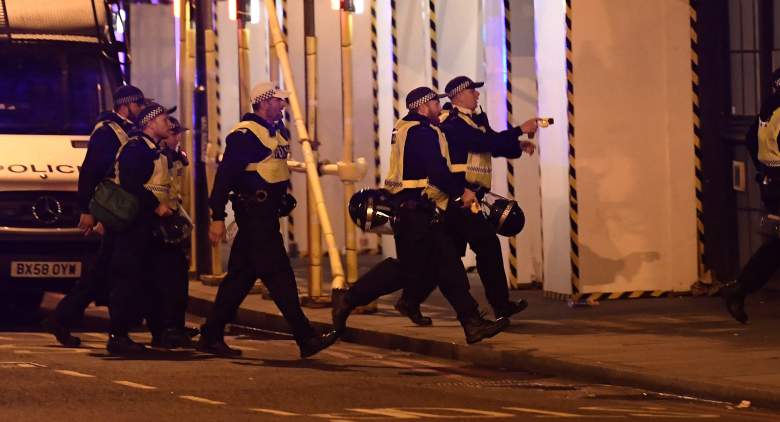 Authorities quickly labeled the twin terror attacks terrorism. Videos surfaced showing the attackers calmly strolling down the street after ramming the van into people. They wore what police said were fake explosive vests and carried knives.

According to ABC News, Redouane claimed to be of Morrocan and Libyan descent. He was 30-years-old, three years the elder of Butt, the Pakistani-descended terrorist whose background is better known.

“Rachid Redouane, 30 (31.7.86) had claimed to be Moroccan and Libyan. He also used the name Rachid Elkhdar, with a different date of birth of 31.7.91. Inquiries are ongoing to confirm the identity of their accomplice,” police said in a statement.

Butt was already on the radar of authorities but, according to ABC, Redouane was not known to police before the attacks. Both Butt and Redouane were from the Barking area of London, where police made multiple arrests after the terrorist attacks.

“Khuram Shazad Butt was known to the police and MI5. However, there was no intelligence to suggest that this attack was being planned and the investigation had been prioritised accordingly. The other named man, Rachid Redouane, was not known,” police said.

There was also growing evidence that Khuram Butt, one of the three terrorists, was part of a radical Islam group.

The attacks caused pandemonium at the scene as police rushed into the popular bar and restaurant area and ordered people to get down.

The mother of Daniel O’Neill, 23, one of those injured during the stabbings, said, according to Daily Mail: “He just stepped outside the bar for a second and a man ran up to him and said: ‘This is for my family, this is for Islam,’ and stuck a knife straight in him. He’s got a seven-inch scar going from his belly round to his back.”

One of the suspects, Khuram Butt, was thrown out of his mosque “after he interrupted a sermon to say that voting in the general election was ‘un-Islamic,'” reported The Independent. The manager of the mosque told The Independent, “He got very angry. I called him aside and said, please calm down. He refused, so I removed him. Thank God he followed me. When we got outside the room, he said you don’t have any authority over me, only God has authority because this is a house of God. I said that might be true, but I am in charge.” It’s not clear which of the three suspects was this man.

Neighbors said the men called themselves sheiks and “spiritual Muslims,” with one being seen in long robes, The Independent reported. 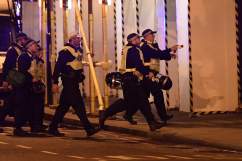 REPORT: London Bridge Attack Suspects Shouted ‘This Is for Allah’

2. Redouane Kissed His Baby Goodbye Before Going to Commit the Terrorist Attack 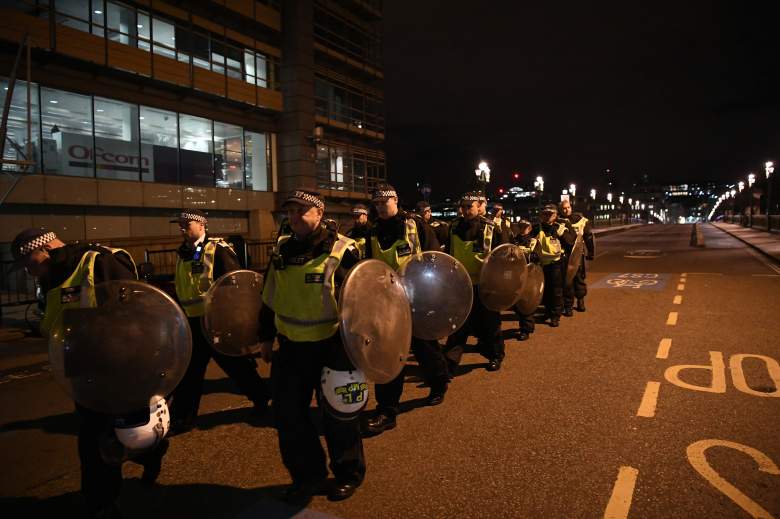 The terrorist was a young father. Chillingly, according to The Sun, he kissed his young daughter goodbye just three hours before the attacks. Redouane “cradled 17-month-old Amina in his arms during the visit to estranged wife Charisse O’Leary’s flat,” reported the British newspaper.

Charisse told a friend that they broke up because she didn’t want to convert to Islam and because Reduoane was homophobic, according to The Sun.

According to the UK Telegraph, one of the suspects – Khuram Butt – had a wife through an arranged marriage and two children.

“The attacker’s parents were reported to be asylum seekers from Pakistan. His father is said to also live in east London, but his mother is dead. The attacker had worked at a branch of the fast food chain KFC before leaving two years ago for a job on the London Underground,” reported the Telegraph.

Less is known about Rachid Redouane, but this post will be updated with more biographical details on his life as they become known. Of the three terrorists, Khuram Butt has been the subject of the most news coverage fleshing out his background.

The Telegraph reported that Butt “had been radicalised while watching YouTube videos of the infamous American hate preacher Ahmad Musa Jibril” and two people who knew him contacted police to report his extremist views. One woman told the Telegraph this terrorist was brainwashing children in a local park, and her children came home and said, “Mummy I want to become a Muslim.”

The Guardian reported that the woman then went to the park and confronted Butt, a “Pakistani man,” who told her: “I’m ready to do whatever I need to do in the name of Allah. I am ready in the name of Allah to do what needs to be done, including killing my own mother.” She took photos of him and contacted police but “heard nothing.” That was two years before the London Bridge attack, the Guardian reported.

According to UK Daily Mail, Khuram Butt, age 27, was a “Muslim extremist” who “appeared in a TV documentary last year about British jihadis” and who was “involved in a filmed altercation with police after an Islamic State flag was unfurled in a park.” 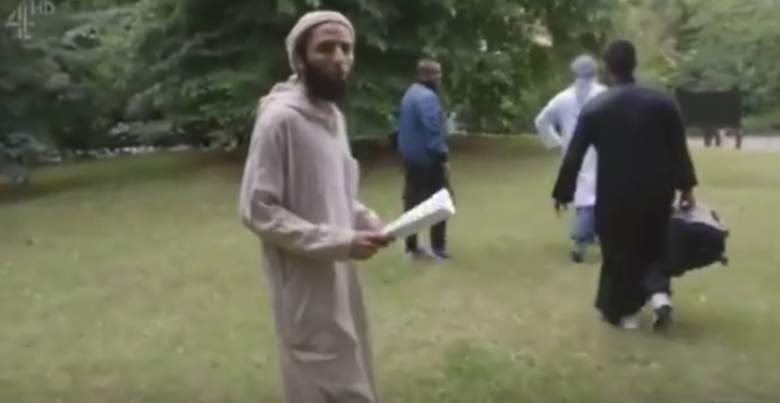 Kharum Butt in the documentary.

It’s not clear whether Rachid Redouane had any ties to the same group or how he knew Khuram Butt.

Daily Mail added of Khuram Butt, “He was caught on camera alongside two notorious preachers who were well known to police and intelligence officials because of their extremist views… a friend of the Watford-born suspect had reported him to the anti-terror hotline after he became radicalised by watching extremist videos on YouTube.”

Witnesses and police described a horrific sequence of events in which the gang of terrorists sped down London Bridge, barrelling into people while driving up to 50 miles per hour.

They then alighted from the van and, video shows, calmly strolled down the street into Borough Market. At that point, they barged into pubs and restaurants and started wantonly slashing people’s throats and faces with what were described by some witnesses as large hunting knives.

People fought back. Some witnesses described how pub-goers threw chairs and bottles at the terrorists.

Metropolitan police said that the terrorist attack started at 10:08 p.m, when police “began to receive reports that a vehicle had struck pedestrians on London Bridge. The vehicle continued to drive from London Bridge to Borough Market.”

The suspects then left the vehicle and “a number of people were stabbed, including an on-duty British Transport Police officer who was responding to the incident at London Bridge. He received serious but not life-threatening injuries. His family has been informed.” Police responded and shot and killed the three terrorists in Borough Market.

Police said in a statement, “We have established that the van used during the attack, a white Renault van – was recently hired by one of the attackers. Our understanding is growing and as we currently understand it the van entered London Bridge at 21:58 travelling from the North to the South side of the river. The van mounted the pavement, and collided with pedestrians before being abandoned, where the attackers, armed with knives, continued into the Borough Market area, stabbing numerous people.” 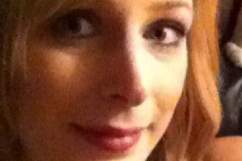 3. Redouane Worked as a Pastry Chef & the Terrorists All Were Shot Dead by Police at the Scene 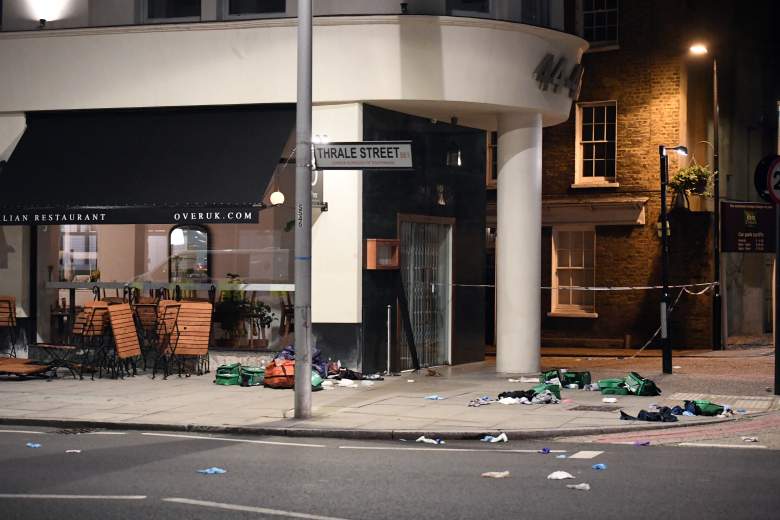 Debris is strewn outside a cafe near London Bridge on June 4, 2017 in London, England. (Getty)

Metropolitan police said in a statement that all three terrorists were accounted for and were shot dead at the scene. Eight police officers fired 50 rounds to neutralize the attackers, police said.

According to The Sun, Reduoane was born in Morocco and had worked as a pastry chef in England. The Sun reported that he arrived in the United Kingdom in 2016 and briefly lived in Dublin, Ireland.

Police staged a rapid response after 911 calls flooded in from the market and bridge. They say they arrived at the scene in eight minutes and cornered the suspects.

One of the suspects – Khuram Butt – was photographed lying dead on the pavement with canisters strapped to his chest. Police said in the statement that the canisters were hoax explosives.

The other two terrorists were also shot dead nearby. However, police said in a statement that they had made a dozen arrests in the wake of the attacks, all in the same neighborhood where news accounts said one of the attackers lived.

“Officers from the Met’s Counter Terrorism Command have this morning, Sunday 4 June, arrested 12 people in Barking, east London, in connection with last night’s incidents in London Bridge and the Borough Market area. Searches of a number of addresses in Barking are continuing,” reported Metropolitan police.

4. Neighbors Recalled One of the Suspects as ‘Affable’ 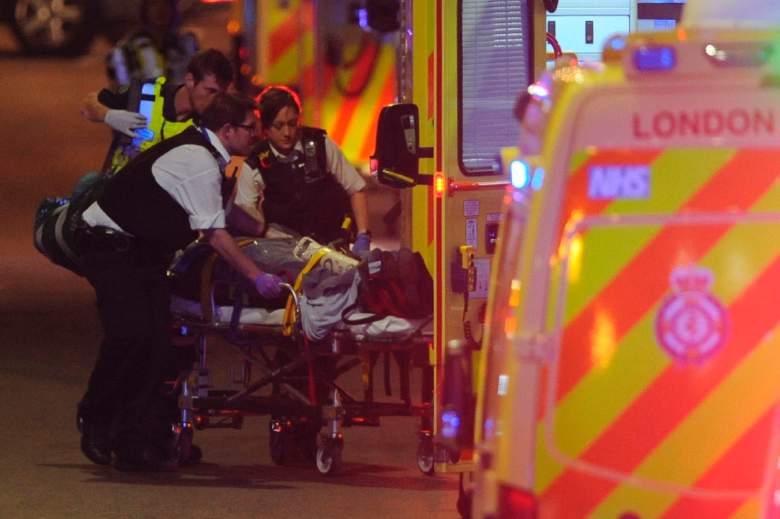 Police officers and emergency responders at the incidents in London.(Getty)

A suspect’s neighbor described Khuram Butt as “affable” and expressed shock at hearing that the man, who was a fixture in the neighborhood with young children, could be involved in the attacks, according to Sky News. Sky News didn’t name which of the three suspects he was referring to.

“Yes, he has a family. He’s got family. He’s always been pleasant to our family…I don’t understand how it could be him,” the neighbor said, adding that the man had helped with community groups on homelessness and worked at a gym. “He’s lived here for years.”

5. The Victims Were From Multiple Countries & Police Officers Were Among the Injured 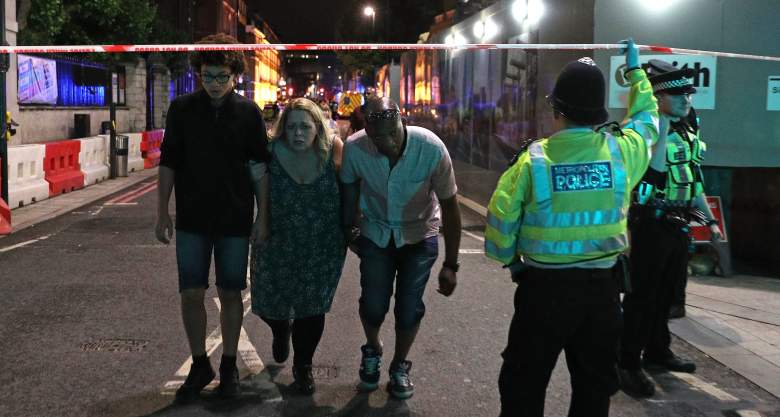 Canadian Prime Minister Justin Trudeau confirmed that a Canadian citizen, Christine Archibald, was among the seven deceased, but the names of all the victims who died had not yet been released. Trudeau wrote in a news release that Canada strongly condemned what he called the “senseless attack.”

PM @JustinTrudeau confirms that a Canadian was killed in #LondonAttacks. #cdnpoli pic.twitter.com/onaehE44Hu

Those injured included at least two police officers; among them was an officer who plays rugby in his spare time and confronted the attackers. Among the heroes was journalist Geoff Ho, who was slashed after he intervened to stop two of the terrorists from attacking a bouncer at one of the Borough Market establishments.

Police confirmed that one victim was shot by police in the ensuing melee. It’s not clear whether that victim survived.

You can learn more about the victims here: 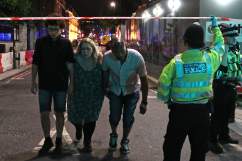