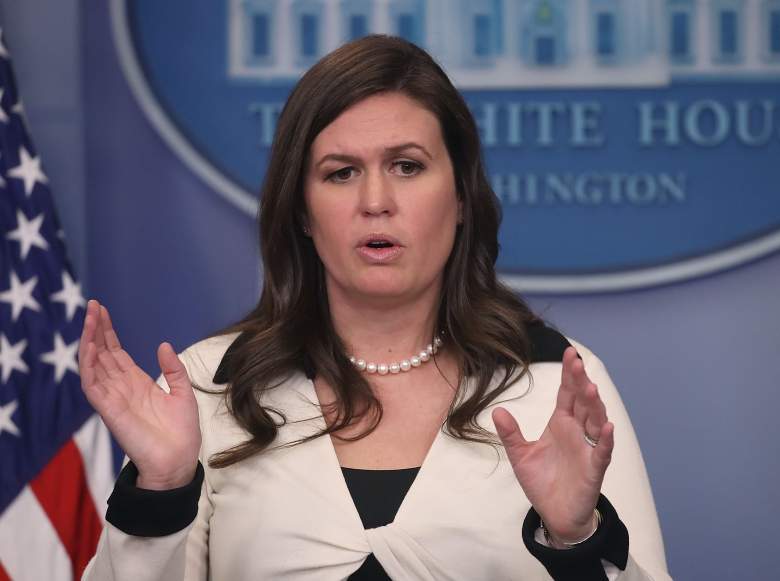 One of those questions was in direct regard to President Donald Trump‘s ability to remain accurate when speaking about his interactions with Comey and the FBI’s ongoing investigation into his 2016 presidential campaign.

“I can definitively say the president is not a liar,” Sanders said in her answer to the question at the off-camera briefing. “It’s frankly insulting that the question would be asked.”

The question was in response to Comey opening his testimony by saying the Trump administration had spread “lies, plain and simple.” He added that Trump was responsible for defaming him and the FBI.

“The administration chose to defame me and, more importantly, the FBI by saying that the organization was in disarray, that it was poorly run,” Comey said.

Because of his internal fears that Trump would portray their meetings in an inaccurate way, Comey started keeping memos of their interactions.

“I was honestly concerned that he might lie about the nature of our meeting,” Comey said when asked why he kept the handwritten memos.

Previously, the White House claimed that it lost confidence in Comey and the agency prior to his May 9 dismissal from the role that he served in since 2013.

In addition to shooting down Comey’s accusation that Trump is a liar, Sanders declined to confirm that there were tapes of Trump and Comey’s conversations, as the president alluded to in a tweet days after he fired Comey.

Comey said during the hearing when asked about Trump’s tweet: “Lordy, I hope there are tapes.”

Sanders was also asked about how much of the Comey hearing Trump had been watching, and she said that she was “unaware” of the answer to that question.

Trump didn’t send out any tweets during the hearing, and was giving remarks to the Faith and Freedom Coalition starting at noon EDT. The tweeting was left to his son, Donald Jr.

Earlier in the week, Press Secretary Sean Spicer had trouble answering a question of whether or not Trump has complete “confidence” in Attorney General Jeff Sessions.

That came after reports surfaced that Comey pulled Sessions aside after one of his meetings with Trump to request that he never leave him alone with Trump again.

Sanders was asked the same question about Trump’s confidence in Sessions at Thursday’s briefing, and she answered by saying “absolutely” the president has confidence in him. 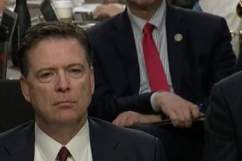 Who Is Sitting Behind Comey in Red Tie? Rep. Brad Sherman

Loading more stories
wpDiscuz
5
0
Would love your thoughts, please comment.x
()
x
| Reply
In a White House press briefing, Sarah Huckabee Sanders said that President Donald Trump "definitively" is not a liar. Watch the video of her saying so.