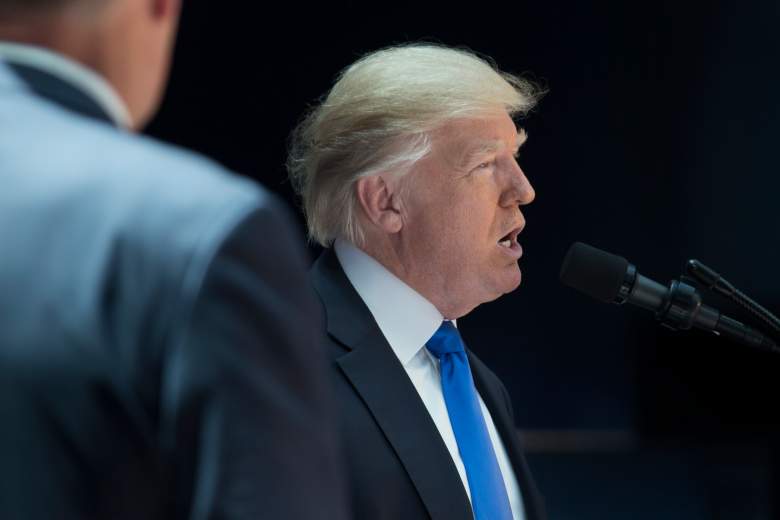 It had been 22 days since President Donald Trump last took questions from media members. And in a press conference one day after former FBI Director James Comey‘s Senate testimony, Trump finally did so.

It was a press briefing with Romanian President Klaus Iohannis in the Rose Garden at the White House, and Trump took questions from media members afterward.

As expected, those questions centered around Comey’s bombshell testimony June 8, in which he said the Trump administration had lied and defamed him and the FBI.

In the first exchange, Trump was asked about the “tapes” that he said he may have from a meeting with Comey at the White House. Trump responded by saying “I’ll tell you about that maybe sometime in the near future.”

The question came from the Washington Times’ Dave Boyer.

Watch a video of the exchange below:

Trump reiterated that he will speak about the tapes “in a very short period of time” later on in the press conference when questioned about it again. He said “you’re going to be very disappointed when you hear that answer.”

Reporters, off-camera: "Are there tapes?"
Pres. Trump: "Oh, you're going to be very disappointed when you hear the answer." pic.twitter.com/LyqR0fUFJA

The president fired Comey, who had been the FBI director since 2013, on May 9. Three days later, he took to Twitter to say that Comey better hope there are no “tapes” of their conversations.

Comey spoke about the tapes in his testimony, saying “Lordy, I hope there are tapes.”

Comey said in his testimony that there were at least nine times that Trump and him had met in a one-on-one setting in four months — either in person or on the phone. He said that he thought those meetings were weird in nature, and he said he felt uncomfortable.

In one of those alleged meetings, Comey said that Trump asking him the “let go” of an investigation into former National Security Adviser Michael T. Flynn and his foreign ties. Trump denied doing so and said at Friday’s press conference that he would be “100 percent” willing to testify under oath if necessary. 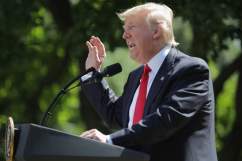 Loading more stories
wpDiscuz
14
0
Would love your thoughts, please comment.x
()
x
| Reply
President Donald Trump responded to a quesiton about having tapes in the White House by saying he will talk about it soon. Watch a full video.