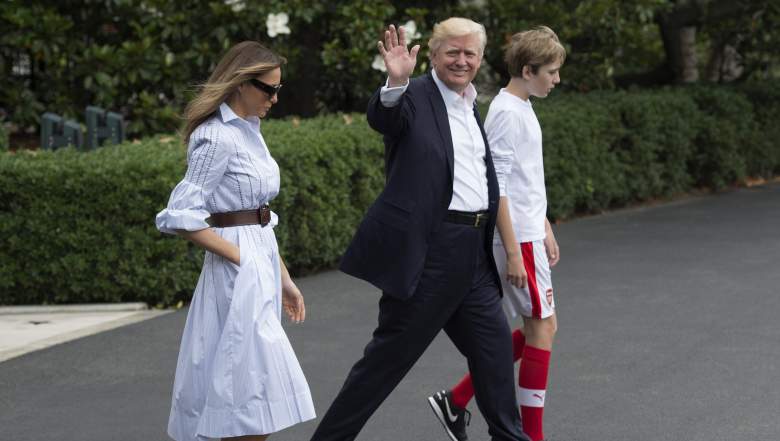 U.S. President Donald J. Trump walks to Marine One with first lady Melania Trump and their son Barron Trump, as they depart the White House for Camp David, June 17, 2017 in Washington, DC. (Getty)

President Donald Trump, his wife, Melania, and their 11-year-old son, Barron Trump, headed to Camp David for the weekend.

It’s the first time that President Trump has visited the presidential retreat since taking office, typically preferring to decamp to his estate in Palm Beach. 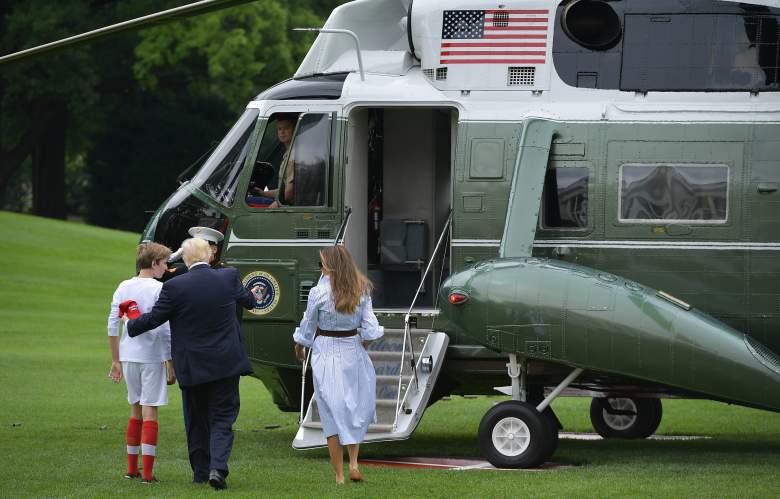 Barron Trump has started making a fashion statement in his recent television appearances at his father’s side. First, he wore an “the expert” T-shirt – which subsequently sold out at J. Crew – and fiddled with a fidget spinner as he disembarked from a plane to move into the White House. He headed to Camp David wearing shorts with red and white athletic socks. 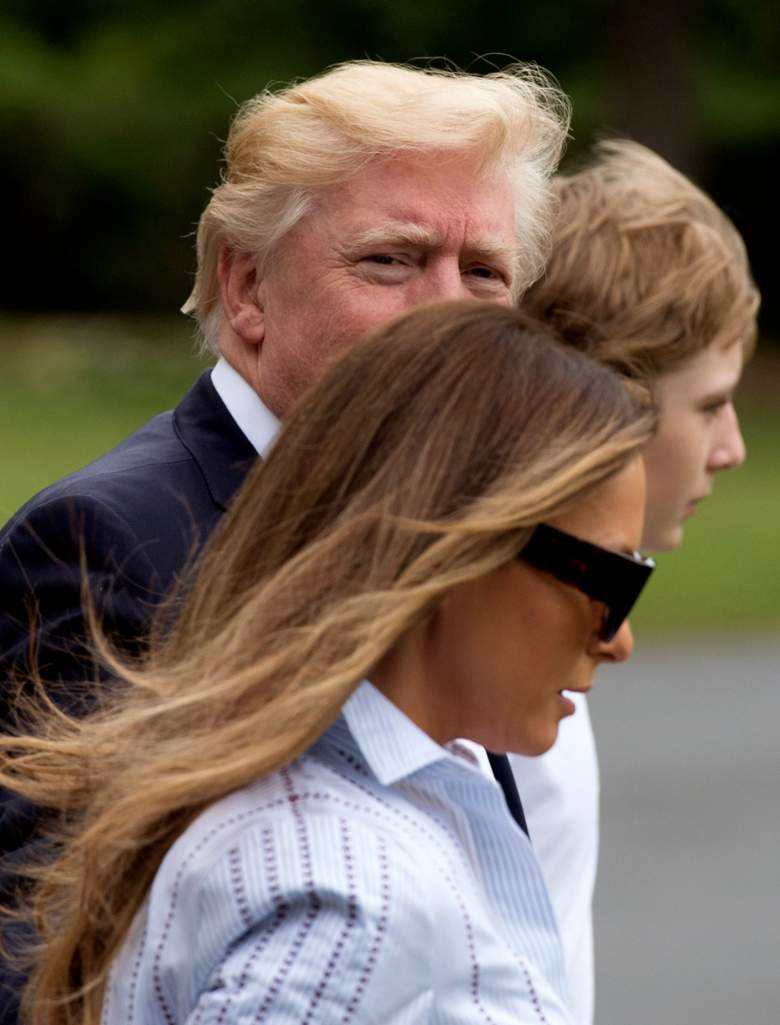 It’s a reminder of how long it’s been since a boy was in the White House. You have to go back to John F. Kennedy Jr. and 1963, in fact. 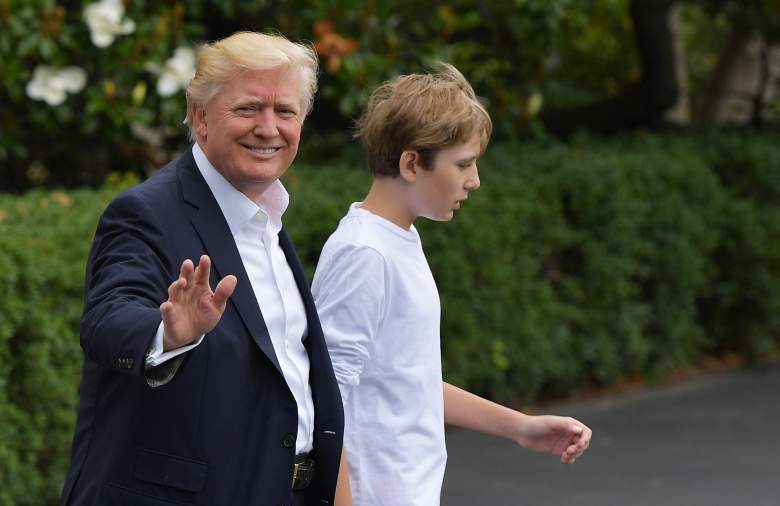 Barron appears to have undergone a growth spurt. (Getty)

Many recent presidents have had only daughters. The National Post says Barron Trump, 10, is also the second youngest child to live in the White House in 50 years, after Sasha Obama. Before JFK Jr., you have to go back to 1901 and the boys of Theodore Roosevelt to find sons young enough to live at 1600 Pennsylvania Avenue. 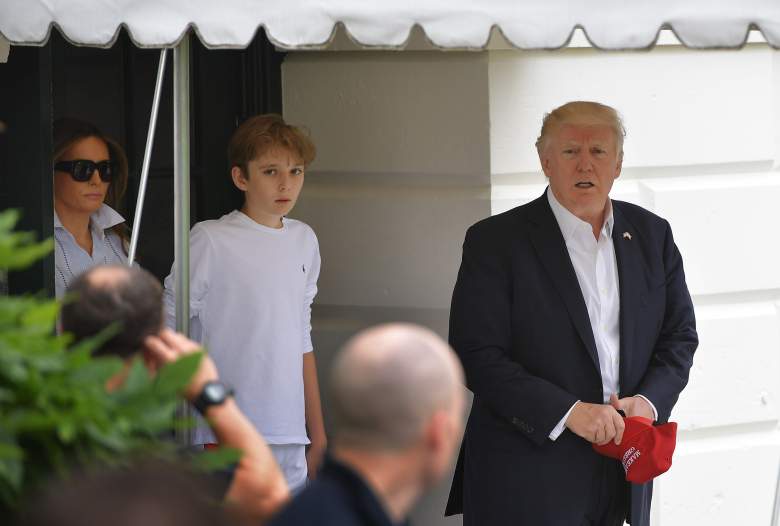 According to Fox News, Camp David is more “rustic” than Trump is probably used to; “The government-owned retreat is in Maryland’s Catoctin Mountains, just a short helicopter ride from Washington,” Fox reported, adding that it has been the site of many historic meetings. 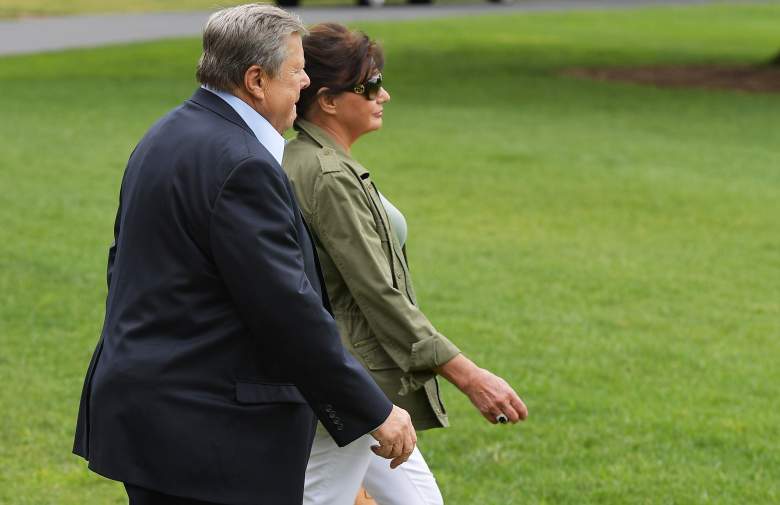 Viktor and Amalija Knavs, the parents of US First Lady Melania Trump, make their way to board Marine One on the South Lawn of the White House on June 17, 2017 in Washington, DC. (Getty)

Trump, the First Lady, and their son, departed for Camp David on June 17, just in time to celebrate Father’s Day there. According to USA Today, the first lady’s parents, Viktor and Amalija Knavs, also went along to Camp David. They were seen with the First Family when Melania and Barron arrived in Washington D.C. earlier this month to move into the White House. 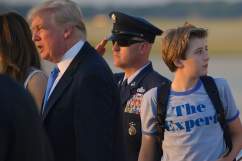 Barron Trump’s ‘The Expert’ T-Shirt Is Sold Out