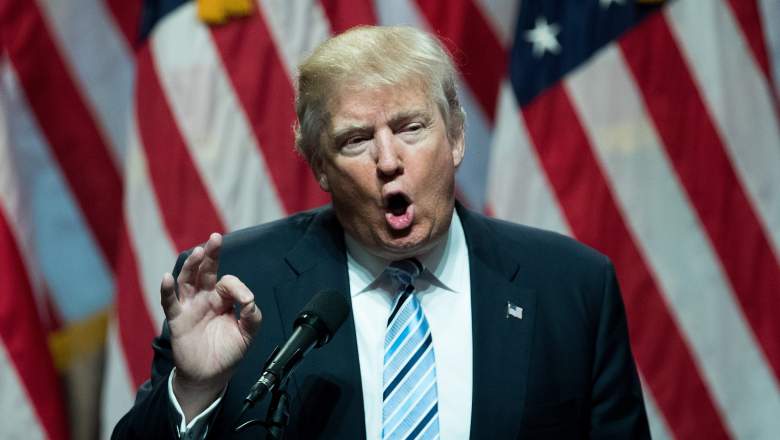 President Donald Trump has ended speculation about whether he taped ousted FBI director James Comey by flatly denying it on Twitter.

In a two-part tweet on June 22, Trump wrote, “With all of the recently reported electronic surveillance, intercepts, unmasking and illegal leaking of information, I have no idea……whether there are “tapes” or recordings of my conversations with James Comey, but I did not make, and do not have, any such recordings.”

With all of the recently reported electronic surveillance, intercepts, unmasking and illegal leaking of information, I have no idea…

…whether there are "tapes" or recordings of my conversations with James Comey, but I did not make, and do not have, any such recordings.

Trump himself sparked the speculation that tapes existed when he implied as much on Twitter. He had written on May 9 that Comey “better hope that there are no ‘tapes’ of our conversations before he starts leaking to the press!”

Trump’s May tweet had set in motion another chain of events as Comey had said that the Trump taping tweet sparked his decision to leak information to the news media through a friend, although Trump’s attorney said the leak came before the tweet.

A special prosecutor, Robert Mueller, is investigating whether Russia interfered in the presidential election, although Trump’s lawyer has said Trump himself is not under investigation in that probe, which was a statement that appeared to contradict yet another tweet of the president’s.

Some felt the Trump revelation was a distraction.

Had any tapes existed, they would have obviously been of use to Mueller, especially if his investigation were to probe potential obstruction of justice claims against Trump in the Comey firing. Comey has accused the president of making inappropriate comments to him regarding an investigation into former National Security Adviser Michael Flynn and members of Congress had demanded that Trump clarify whether tapes existed.

For weeks, Trump refused to say outright whether or not he had taped the former FBI director. The president also accused Comey of not telling the truth during his Congressional testimony.

Bloomberg was the first media outlet to report that the tapes did not exist. According to Daily Caller, “The report cited a source that said Trump made his initial tweet in an effort to force Comey to be honest in Senate testimony.”

In his testimony, which spanned three hours, Comey accused the Trump administration of spreading “lies, plain and simple” about him and the FBI, adding that the president “defamed” him.

Comey said that Trump asked him to put an end to an investigation into Flynn.

“I hope you can let this go,” Comey said, referring to what Trump said to him about the investigation into Flynn.

You can watch a full replay of Comey’s testimony here: