President Donald Trump confirmed that he’s under investigation in a tweet on June 16 that called the probe a “witch hunt” and said he was being investigated by the “man who told me to fire the FBI director.”

Who was Trump talking about in the tweet? The only plausible answer: Trump meant Deputy AG Rod Rosenstein. Fox News reported that an anonymous source confirmed to the network that Trump was talking about Rosenstein.

That raises new questions: Why would Trump publicly go after the deputy attorney general in his own Department of Justice? Furthermore, Rosenstein has repeatedly stressed that special prosecutor Robert Mueller’s investigation is an independent one, although he has authority to fire Mueller. Some think Trump is trying to force Rosenstein’s recusal so a more conservative associate AG named Rachel Brand would oversee Mueller. Bloomberg reports she is considered more along the lines of a Neil Gorsuch type than Rosenstein.

Rachel Brand worked for the George Bush administration and is part of the conservative Federalist Society, reports Bloomberg, whereas Rosenstein worked for Justice during the Bill Clinton years.

Compounding the mystery, the day before Trump’s “witch hunt” tweet, Rosenstein wrote what Fox News called an “odd” statement. He wrote the night of June 15, “Americans should exercise caution before accepting as true any stories attributed to anonymous ‘officials,’ particularly when they do not identify the country – let alone the branch or agency of government – with which the alleged sources supposedly are affiliated. Americans should be skeptical about anonymous allegations.”

Rosenstein didn’t explain why he released the statement. CNN reported that it came after “The Washington Post reported — citing unnamed US officials familiar with the matter — that the business dealings of President Donald Trump’s son-in-law, Jared Kushner, are being investigated by Justice Department special counsel Robert Mueller.” CNN said that an anonymous Justice Department official said the White House didn’t order Rosenstein to release the statement, but he did it on his own.

Here’s what Trump wrote on June 16.

Despite the phony Witch Hunt going on in America, the economic & jobs numbers are great. Regulations way down, jobs and enthusiasm way up!

After 7 months of investigations & committee hearings about my "collusion with the Russians," nobody has been able to show any proof. Sad!

At first blush, the tweet could appear to refer to Mueller, the special prosecutor investigating the Russia matter, but that really makes no sense. After all, it comes just days after multiple news outlets reported that Mueller was investigating Trump for potential obstruction of justice over the firing of James Comey. Rosenstein, a 27-year DOJ veteran, has stressed previously that the Robert Mueller investigation is an independent one, although Rosenstein named Mueller to the position and, alone, has the authority to fire him.

The tweet also has two important newsworthy elements: It confirms the president is under investigation. And it shows the president is trying to blame Rosenstein for James Comey’s firing, although it was already made public that Rosenstein wrote a memo backing up Comey’s firing (as did his boss, Attorney General Jeff Sessions). Rosenstein reportedly threatened to resign after the Donald Trump Administration pinned Comey’s firing on the memo he wrote to the president on May 9, just before the FBI Director was ultimately dismissed. In the memo about Comey, Rosenstein wrote that he “cannot defend the Director’s handling of the conclusion of the investigation of Secretary Clinton’s emails, and I do not understand his refusal to accept the nearly universal judgment that he was mistaken.” 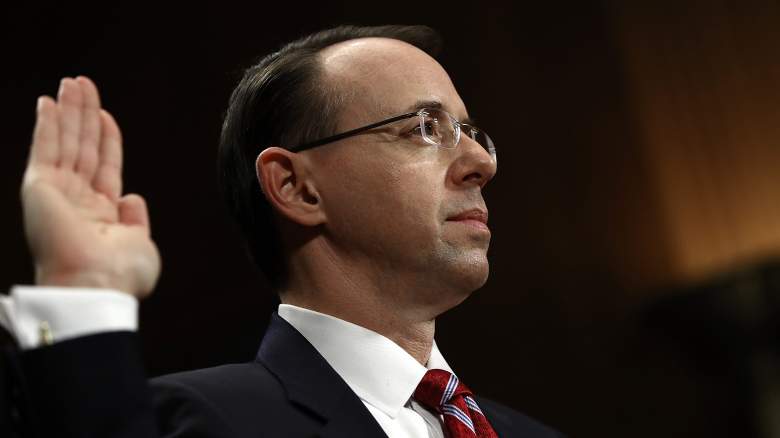 AG Sessions doesn’t come into play here because Sessions recused himself in the Russian investigation.

It wouldn’t have made sense for Trump to be referring to Mueller in the witch hunt tweet. Why would Robert Mueller have told Donald Trump to fire James Comey? Mueller is the former FBI director but he was no longer in office when Comey was fired. So that makes no logical sense at all. 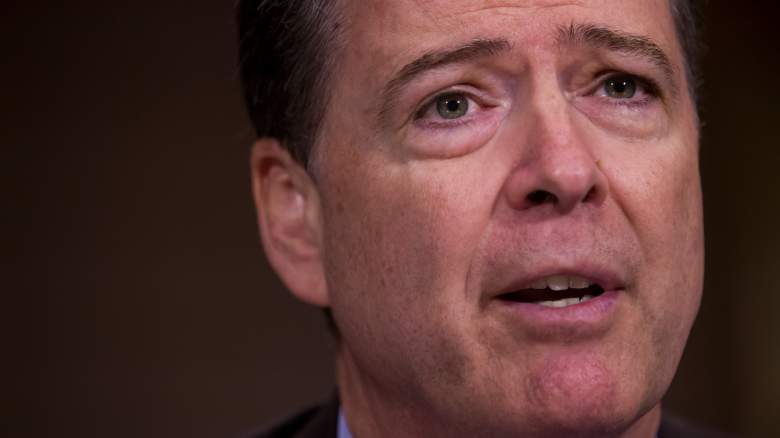 Wrote one man on Twitter, echoing the words of others: “I think he is referring to Rosenstein who wrote the memo to fire Comey. But then again when it comes to DJT who the h*ll knows what he means.”

Trump has thrown up notoriously hard to decipher tweets before. Covfefe is the most infamous. However, usually the president just says what’s on his mind.

The prevailing conspiracy theory goes that Trump might have written the witch hunt tweet because he wants someone new in the post who will agree to fire Mueller. There’s no evidence of that, but only Rosenstein can fire Mueller, and the tweet comes just days after a close Trump friend, Chris Ruddy, went on TV and said that Trump was considering firing Mueller. Ruddy’s claims were not confirmed by the White House.

Firing Mueller – a respected former FBI director respected by people on both sides of the partisan aisle – would obviously be hugely controversial. Trump doesn’t have the authority to directly fire Mueller. Only Rosenstein does. Rosenstein said, after Ruddy’s comments, that he would only fire Mueller with “good cause.”

“Director Mueller is going to have the full degree of independence that he needs to conduct that investigation appropriately,” Rosenstein said to NPR at that time.

Rosenstein earned his law degree from Harvard Law School, and after graduating, he joined the U.S. Justice Department’s public integrity section. He served as counsel to the deputy attorney general during the Bill Clinton administration.

You can read more about Rosenstein here: 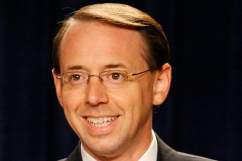 Loading more stories
wpDiscuz
2
0
Would love your thoughts, please comment.x
()
x
| Reply
Who did Donald Trump's "witch hunt" tweet, which confirmed the president is under investigation, refer to? He likely meant Rod Rosenstein, not Robert Mueller.