A Republican spokesman has tragically passed away at the age of 25. Tucker Keene’s death was announced by the Young Republican’s New Mexico branch on June 12. The group wrote on its Facebook page, “Rest In Peace, Tucker Keene, our fellow Republican working toward a shared cause. We enjoyed working with you and you are missed… Please keep Tucker’s family in your prayers. We are all shocked by his sudden passing.” The group’s vice chairman, Samuel LeDoux said, “He was close friend of mine and I will never forget him.” While the group’s chairman, Rebekah Stevens said, “I worked with Tucker on several projects and he was always a pleasure to work with. I felt like I was working with a brother.”

1. The Circumstances of Keene’s Passing Have Not Been Made Public

With the announcement of Keene’s passing, no cause of death was forthcoming. The Albuquerque Journal referred to his death as “sudden.” The article goes on to say that police were asked to perform a welfare check on Keene over the weekend. Authorities do not suspect any foul play in relation to the death. Keene’s body was found inside his apartment.

The New Mexico Republican Party chairman, Ryan Gangiolosi, told the Journal, “He was a brilliant writer, tenacious promoter of our cause, keen political communicator and most importantly, a wonderful person. Tucker approached his work with great passion, enthusiasm and with a witty sense of humor.”

The New Mexico Young Republicans said when contacted by Heavy.com, “We’re really not aware of the details. Just shocked to hear he passed.”

2. He Was Formerly a Staffer for Texas Governor Greg Abott

Prior to moving to New Mexico, Keene worked on Texas Governor Greg Abbott’s successful reelection campaign in 2014. From there, Keene joined the New Mexico Republican Party in January 2016 after a spell working for a communications consulting firm in Austin. A press release from the New Mexico GOP at the time said:

We are excited for Keene to be joining RPNM and bring some diverse background to New Mexico. His experience working on campaigns and in communications is an added value to our team as we enter this critical election year.

While Keene said, “I am honored to be given this fantastic opportunity. I look forward to working with Chairwoman Maestas and the rest of the team as we gear up for campaign season and fight to take the State Senate, build upon our majority in the House, and help deliver New Mexico for our Presidential Nominee.”

3. Keene Wrote an Article for His College Newspaper Titled, ‘The Dangers of Hook-Up Culture’

According to his LinkedIn page, Keene is a graduate of Southern Methodist University in Dallas. Keene studied political science, economics and public policy at the school. On his Twitter page, Keened called himself a “home cook, beer geek.” He was a Massachusetts native.

Keene served as a managing editor for his college newspaper, the Daily Campus. His writings show him to have been a moderate Republican. Keene did not tweet in support of Donald Trump. In May 2016, he was quoted by the Albuquerque Journal as saying:

Men don’t seem to think of having sex with a drunk girl as rape, and they should. Women too often play into this dynamic as well, which gives men a false impression that this behavior is somehow okay.

While at the Daily Campus, Keene wrote a piece titled, “The Dangers of a Hook-Up Culture. The article was referenced in the book, Summoned: Stepping Up to Live and Lead with Jesus. Keene wrote in the article:

The prevalence of “hook-up culture” at college campuses across the country is one of the most troubling trends in modern society. Sex in college is no longer about intimacy, it’s only about pleasure. And the culture which condones this belief has led to date rape on college campuses becoming disturbingly frequent and acceptable…

Men need to be taught that verbal, sober consent is required for every stage of progression from one sexual act to another, and not just once. Consent to sex one night does not consent on the next night. Consent can only be given if all participants have the mental capacity to know what they’re consenting to…

Men don’t seem to think of having sex with a drunk girl as rape, and they should. Women too often play into this dynamic as well, which gives men a false impression that this behavior is somehow okay.

4. Keene Was in the National News in October 2016 When His Party Sent a Threatening Flier to Voters in New Mexico

In the run up to the presidential election, the New Mexico Republican Party sent a flier saying that when “Democrats win the election you didn’t do your part… your neighbors will know… Do your part in this election. After all, voting is a matter of public record.” The flier got national attention when it appeared in a Reddit thread titled, “The Republican Party is resorting to voter intimidation to keep people from voting Democrat.”

It was Keene who confirmed to the Daily Beast that the flier had come from the state party. The website says that Keene hung up after saying he was in a meeting. Keene confirmed similar information to Snopes but when asked about the flier’s message said, “You’ll have to consult other news sources.”

5. Friends Have Taken to Facebook to Express Their Grief Over Keene’s Passing

Keene’s friends and colleagues have been taking to social media to express their grief over his passing. Corie Whelan wrote:

Tucker was an absolutely brilliant person and always up for conversations about two passions we shared: libertarian-conservative politics and craft beer…

RIP to one of the most articulate, hard-working, passionate people I had the pleasure of knowing. He was far, far too young.

I am wrecked to learn of W Tucker Keene’s passing. I always enjoyed our chats, and his comments on my FB page were always funny and insightful. This news totally floors me.

W Tucker Keene worked in my office with Jeffrey Chatman as a new intern on the Abbott campaign under Casey Bingham.

Almost every day, he was in Rodney Anderson’s campaign headquarters. We watched football, laughed, and called voters. When he would travel back to Dallas, he would always make time to have dinner with Kat Smith and I.

At the age of 25, Tucker passed away. My thoughts are with his family and loved ones, but this is a very sad day. 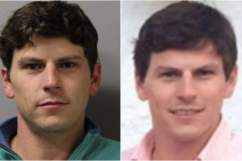 Loading more stories
wpDiscuz
1
0
Would love your thoughts, please comment.x
()
x
| Reply
A young Republican spokesman has tragically passed away at the age of 25.