Jeanette Norris and her teenage daughter were beaten by Latasha M. Smith and Nathaniel Eric Smith because the women sold them “cold chicken” at a Quik Chik stand in Baxley, Georgia.

Identified by police as Nathaniel Eric and Latasha Smith, were at the Quik Chick takeout stand next to U.S. Highway 1 in Baxley #assault pic.twitter.com/GNYGHrvB9M

Surveillance footage shows the couple repeatedly assaulting Norris and her 15-year-old, even after the restaurant owner offered the Smiths a refund.

“She went berserk,” Norris told WTVR News. “They both lost it, him and her both, started cussing and beating on the window.”

Norris then called the police, which upset the couple even more and caused them to become more. In the video, Norris’ daughter can be seen getting out of a car to break-up the attack. Nathaniel Smith proceeds to punch her in the face.

Photos taken after the incident show the girl with a black eye. 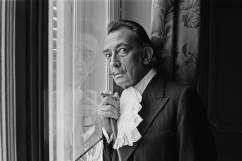