Zack Barth, a Congressional staffer, is one of five people who was shot during a Republican baseball practice near Washington, D.C. on Wednesday. He is said to have continued texting for help even while bleeding, and he has been released from the hospital.

Shortly after the shooting took place on Wednesday morning, Barth posted on Facebook saying that he was shot but is recovering in the hospital and is doing okay. He thanked everyone for their thoughts and prayers.

Republican Congressman Roger Williams subsequently confirmed that Zack Barth is the staffer of his who was shot; Barth is a legislative correspondent in Williams’ office.

I now can confirm that Zack Barth, who is a legislative correspondent in my office, was shot this morning at baseball practice

In a press conference on Wednesday afternoon, Roger Williams said that Barth is doing fine and that he is expected to make a full recovery. Only about an hour later, CNN reported that Zack Barth had been released from the hospital.

“[T]hank goodness for the Police who were at the scene,” Barth said. “It could have been so much worse.”

Tim Barth flew up to Washington, D.C from Houston, Texas in order to visit his son in the hospital, according to the Houston Chronicle. Zack’s mother Julia Barth stayed at the family home and “was able to stay fairly calm when she heard the news since it was clear her son would recover,” a family friend told the Houston Chronicle.

So who is Zack Barth, the Congressional staffer who was shot? Here’s what you need to know.

1. He Works for Congressman Roger Williams

Zack Barth is a staffer for Congressman Roger Williams, working as a legislative correspondent.

“Congressman Williams was not shot, however a member of his staff was shot and is receiving medical attention,” Congressman Roger Williams’ office said in a statement early on Wednesday morning, according to the Texas Tribune.

Williams later said on Twitter that Barth is receiving medical attention but is expected to make a full recovery.

He is receiving medical attention but is doing well and is expected to make a full recovery.

According to his Facebook page, Zack Barth started working in Washington, D.C. in April 2016. He became a legislative correspondent for Congressman Williams in September 2016.

Because he is a Congressional staffer, Zack Barth was able to attend the inauguration of Donald Trump in January, posting a photo of the event on his Facebook page.

2. He Previously Worked for Jeb Bush

Before coming to Congress, Zack Barth worked on the presidential campaign of Jeb Bush.

According to Barth’s LinkedIn page, he started off with Jeb Bush as a political and operations intern in August 2015. He says that he co-created a correspondence system that was used to track and respond to voter questions.

In January 2016, Barth became a campus coordinator for Bush, working to get students registered and to build relationships with campus leaders. He remained in this position until February 2016, when Bush dropped out of the presidential race.

Leslie Hagar Small, who worked on the Jeb Bush presidential campaign, said on Twitter that Zack Barth was one of their best interns and that he would stay and work until late into the evening because he loved the work so much.

Zack Barth was one of our best Jeb interns on the campaign. He would stay and work until 8, 9, 10 pm because he loved the work and the Gov.

And Jeb Bush himself quickly paid tribute to Zack, saying that his prayers are with his former staffer.

My prayers are with Zach and everyone hurt in this morning's shooting. Hats off to the U.S. Capitol Police for their heroic response. https://t.co/wk9BFizFvj

Even up until Election Day, it seems that Zack Barth was still wishing that Jeb Bush would have been the Republican nominee for president over Donald Trump. On November 8th, Barth changed his profile picture to a photo of himself with the former Florida governor. 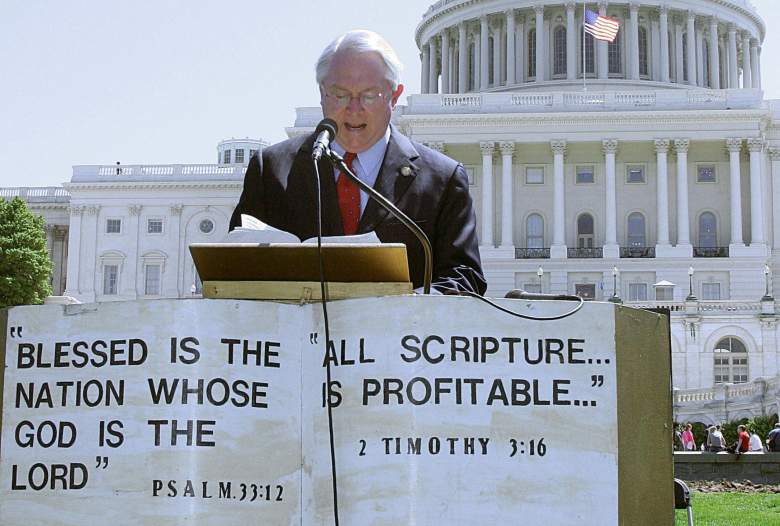 Randy Neugebauer reads the Bible on May 2nd, 2006 during the 16th US Capitol Bible Reading Marathon on the West Lawn of the US Capitol in Washington, DC. (Getty)

After the Jeb Bush presidential campaign ended, Zack Barth moved to Washington, D.C., but at first this was to work for Texas Representative Randy Neugebauer.

According to Barth’s LinkedIn page, he was a staff assistant for Randy Neugebauer from April to July of 2016, and he then served as a policy assistant from July to September of 2016.

Randy Neugebauer did not seek another term in 2016, and so his time in Congress ended in January 2017. In September 2016, Zack Barth started working as a legislative correspondent for Roger Williams.

Like Randy Neugebauer himself, Zack Barth is evidently a religious person. On his Facebook page, under the “About Zack” section, Barth quotes Isaiah 41:10, writing, “Do not fear, for I am with you; do not anxiously look about you, for I am your God. I will strengthen you, surely I will help you, surely I will uphold you with My righteous right hand.”

4. He’s a Graduate of the University of Texas at Austin 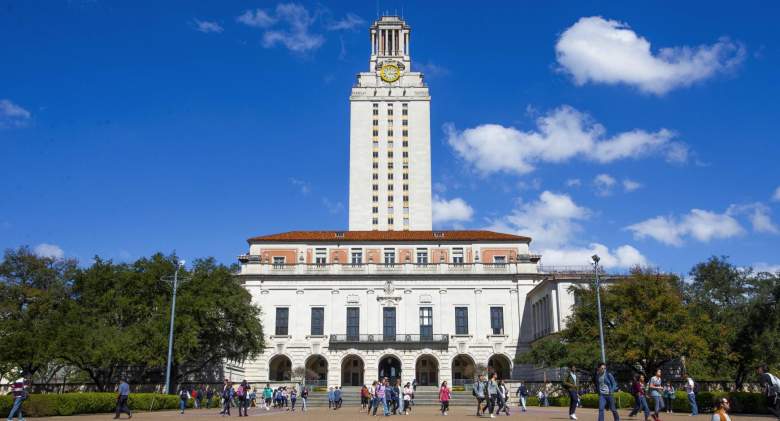 Zack Barth is from Houston, Texas. According to ABC 13, Barth attended Stratford High School in Houston. Then, Barth earned a B.A. in government from the University of Texas at Austin in 2015, according to his LinkedIn page.

While he was in college, Barth interned for Houston Mayor Pro-Tem Ed Gonzalez. He also interned for U.S. District Judge Gray H. Miller and for House Representative John Culberson, and he was a fellow for the Office of the Governor in Texas.

Awful to hear recent UT alum Zack Barth, staffer for @RogerWilliamsTX, was injured in congressional shooting. We wish you a speedy recovery.

Barth is a fan of a number of Houston sports teams including the Houston Rockets, the Houston Astros, and the Houston Texans, according to his LinkedIn page. He also posted on his Facebook page a picture of himself wearing a Astros jersey at a game.

5. He Continued Texting for Help After Being Shot 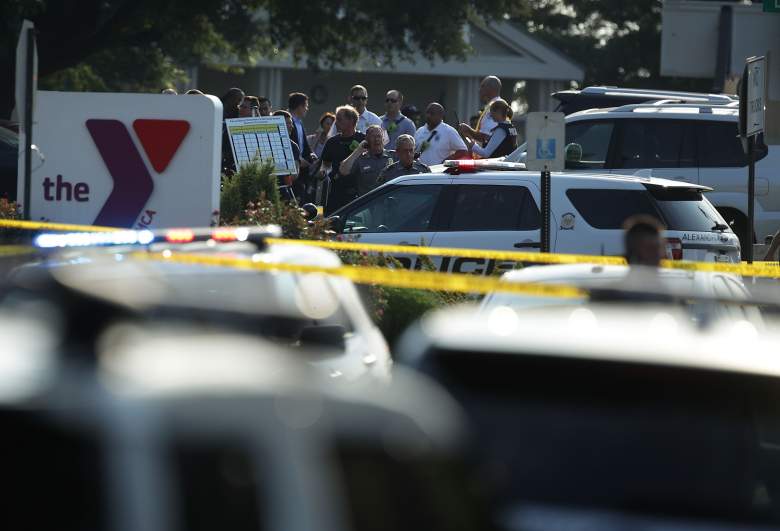 Police respond to a shooting at a Congressional baseball game in Virginia. (Getty)

Zack Barth was shot during a GOP baseball practice on Wednesday in Virginia. This took place at the Eugene Simpson Stadium Park in Alexandria, with the shooter firing at 7:00 a.m. Congressman Steve Scalise was also shot and is recovering in the hospital. Two Capitol Hill police agents and a lobbyist were shot as well.

Congressman Roger Williams, Zack Barth’s employer, said during a press conference on Wednesday afternoon that Barth used his phone to text during the shooting in order to get help.

“All the time he was bleeding, under fire, he was texting, letting people know we were under fire and we needed help,” Williams said of Barth.

Giving reporters a disturbing and detailed account of what happened on Wednesday morning, Williams said that he and Barth landed in one another’s arms after the shooting.

“He was retrieving balls in the outfield,” Williams said. “When I got into the dugout, it wasn’t 10 seconds, then Zack came running in from the outfield, and he literally – we landed in each other’s arms. He held me. I held him.”

In addition, Williams recalled that Senator Jeff Flake used his belt to tie a tourniquet around Barth shortly after Barth was shot. Barth said during an interview on CNN on Thursday that he likely would not be alive without the two members of the Capitol Police who were there.

“Thank the Lord for officers Bailey and Griner,” Barth said. “Without them, I might not be talking to y’all.”

Williams revealed on Wednesday afternoon that Vice President Mike Pence has spoken to Zack Barth in the hospital, with Williams saying that he’s grateful that the vice president did so. On the floor of the House of Representatives earlier, Paul Ryan paid tribute to Zack Barth.

According to CNN, Zack Barth has now been released from the hospital.

A few updates:
Staffer Zack Barth has been released from the hospital
Matt Mika is out of surgery and is currently in critical condition

Loading more stories
wpDiscuz
2
0
Would love your thoughts, please comment.x
()
x
| Reply
Zack Barth has been identified as the staffer of Congressman Roger Williams who was shot during baseball practice near Washington, D.C.