Caitlyn Jenner has posted a Tweet criticizing President Donald Trump for his ban on transgender people in the U.S. Military.

“There are 15,000 patriotic transgender Americans in the US military fighting for all of us. What happened to your promise to fight for them?” Jenner wrote on July 26, several hours after the president tweeted that he was banning transgender people from serving in the military.

There are 15,000 patriotic transgender Americans in the US military fighting for all of us. What happened to your promise to fight for them? https://t.co/WzjypVC8Sr

Jenner tweeted her comment along with an old 2016 tweet from Trump that read, “Thank you to the LGBT community! I will fight for you while Hillary brings in more people that will threaten your freedoms and beliefs.”

Jenner had faced withering criticism from some on Twitter after Trump made the announcement. Some demanded she apologize for previously supporting Trump.

Hey @Caitlyn_Jenner, u benefited from activists paving the way for u, but u set the LGBT community back by endorsing Trump. Apologize now. pic.twitter.com/vjlFGSoSuC

Peter Thiel, Caitlyn Jenner, and all the other LGBT Republicans who supported Trump should be ashamed of themselves.

Trump withdrew protections for transgender kids, now he bans transgender people in the military. How's that make you feel, @Caitlyn_Jenner ?

It took several hours for Jenner to respond to the Twitter critics, and, when she did, it was with the single tweet posed as a question.

Jenner appeared on The View just a few days before the Trump announcement and said, in the words of The Washington Post, that “she has the ear of the Trump administration on LGBT issues.”

Trump revealed in a series of July 26 tweets that he was going to reinstate the transgender ban overturned by former President Barack Obama (the Obama change was undergoing final review.)

“After consultation with my Generals and military experts, please be advised that the United States Government will not accept or allow….Transgender individuals to serve in any capacity in the U.S. Military. Our military must be focused on decisive and overwhelming victory and cannot be burdened with the tremendous medical costs and disruption that transgender in the military would entail. Thank you,” Trump wrote.

The Washington Post reported that Jenner voted for Trump and told The View she had sat down with “members of Trump’s administration to talk to them about the LGBT community,” although she wouldn’t give their names.

Jenner is on the record as confirming that she considers herself a Republican, as well as a conservative, although she has also criticized the direction the party has gone in the past few years. A fellow passenger wrote on Twitter about hearing Jenner praising Trump on a plane to Washington D.C. on January 19, where she was presumably headed to attend the Inauguration. “Caitlin Jenner is on my flight having a loud conversation about how Trump is great on trans issues lmao,” wrote Siobhan Thompson.

Jenner explained to a group of Republicans at a brunch during the Republican National Convention that she was a Republican but had some issues with the party’s more recent direction.

“I feel like our best hope to get back to constitutional government with 18 enumerated powers is in the Republican Party,” Jenner said, according to Time Magazine.

“And I have to admit I’ve been very disappointed over the last five or ten years and so I won’t give up hope on it.”

Jenner once said, “It was easy to come out as trans. It was harder to come out as a Republican.” According to USA Today, Jenner’s conservative views derive in part from her father’s service in the military. 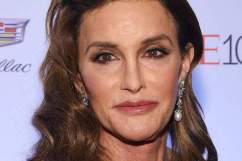 Is Caitlyn Jenner a Republican? 5 Fast Facts You Need to Know