Donald Trump Jr., under fire for agreeing to meet with a Russian lawyer during the presidential campaign, has released a series of emails on Twitter that confirm he was told before the meeting that the lawyer was tied to the Russian government and had information supposedly damaging to Hillary Clinton.

In one email, Rob Goldstone, the British-born music producer facilitating the meeting, wrote, “This is obviously very high level and sensitive information but is part of Russia and its government’s support for Mr. Trump…” Trump Jr. responded, “If it’s what you say, I love it.”

You can read the emails here:

The Trump Jr. emails reveal that Goldstone, the music producer setting up the meeting, told Trump Jr. before it happened that Natalia Veselnitskaya was a “Russian government attorney.” They also show that President Donald Trump’s son-in-law Jared Kushner and his campaign manager Paul Manafort received an email forward with the subject line “Russia-Clinton-Private and Confidential” before the meeting. Trump Jr. had previously said he did not tell Kushner and Manafort “anything of substance” before the meeting.

In a statement, President Donald Trump praised his son as “a high-quality person,” and said he applauds “his transparency.”

Sen. Mark Warner has said the new emails raise questions about what Kushner and Manafort knew.

So, I just talked to Mark Warner: pic.twitter.com/eXm4ECI3OW

JUST IN: Donald Trump Jr. responds to reports that he met with Kremlin-linked lawyer during campaign pic.twitter.com/5mqRX38Wio

In a statement accompanying the email chain, Trump Jr. wrote on Twitter on July 11:

To everyone, in order to be totally transparent, I am releasing the entire email chain of my emails with Rob Goldstone about the meeting on June 9, 2016. The first email on June 3, 2016 was from Rob, who was relating a request from Emin, a person I knew from the 2013 Ms. Universe Pageant near Moscow. Emin and his father have a very highly respected company in Moscow. The information they suggested they had about Hillary Clinton I thought was Political Opposition Research. I first wanted to just have a phone call but when that didn’t work out, they said the woman would be in New York and asked if I would meet. I decided to take the meeting. The woman, as she has said publicly, was not a government official. And, as we have said, she had no information to provide and wanted to talk about adoption policy and the Magnitsky Act. To put this in context, this occurred before the current Russian fever was in vogue. As Rob Goldstone said just today in the press, the entire meeting was the “most inane nonsense I ever heard. And I was actually agitated by it.

In the email chain, Goldstone wrote on June 3, 2016, “Hi Don, Let me know when you are free to talk with Emin by phone about this Hillary info – you had mentioned early this week so we wanted to try to schedule a time and day. Best to you and family.”

Trump Jr. responded, “Thanks Rob I appreciate that. I am on the road at the moment but perhaps I just speak to Emin first. Seems we have some time and if it’s what you say I love it especially later in the summer. Could we do a call first thing next week when I am back?”

Emin refers to Emin Agalarov, a Russian pop star whose father, Aras, is a billionaire. Goldstone represented Emin. According to The New York Times, “The elder Agalarov boasts close ties to Mr. Putin: his company has won several large state building contracts, and Mr. Putin awarded him the “Order of Honor of the Russian Federation.” The Times reported that Trump Jr. tweeted out the emails as the newspaper was poised to report them.

On June 3, in a key exchange, Goldstone wrote, “Good morning. Emin just called and asked me to contact you with something very interesting. The Crown prosecutor of Russia met with his father Aras this morning and in their meeting offered to provide the Trump campaign with some official documents and information that would incriminate Hillary and her dealings with Russia and would be very useful to your father. This is obviously very high level and sensitive information but is part of Russia and its government’s support for Mr. Trump – helped along by Aras and Emin. What do you think is the best way to handle this information and would you be able to speak to Emin about it directly? I can also send this info to your father via Rhona, but it is ultra sensitive so wanted to send to you first.”

That’s the email that Trump Jr. responded “I love it.” Rhona is believed to be Rhona Graff, Donald Trump’s long-time assistant.

They responded with emails back-and-forth about Trump Jr. reaching Emin.

On June 7 at 4:20 p.m., Goldstone wrote, “Don Hope all is well. Emin asked that I schedule a meeting with you and the Russian government attorney who is flying over from Moscow for this Thursday. I believe you are aware of the meeting – and so wondered if 3 p.m. or later on Thursday works for you?”

Trump Jr. wrote, “How about 3 at our offices? Thanks Rob appreciate you helping set it up.”

Goldstone wrote, “Perfect…I won’t sit in on the meeting, but will bring them at 3 pm and introduce you etc. I will send the names of the two people meeting with you for security when I have them later today.”

On June 7, Trump Jr. wrote, “Great. It will likely be Paul Manafort (campaign boss) my brother in law and me. 725 Fifth Ave 25th floor.

In the same day’s email chain, Goldstone wrote, “Good morning Would it be possible to move tomorrow meeting to 4pm as the Russian attorney is in court until 3 I was just informed.”

Trump Jr. wrote Goldstein, “Yes Rob I could do that unless they wanted to do 3 today instead…just let me know and I’ll lock it in either way. D.”

Goldstone wrote Trump Jr. that same day: “They can’t do today as she hasn’t landed yet from Moscow. 4 pm is great tomorrow.”

Trump Jr. sent an email on June 8, 2016 to Jared Kushner and Paul Manafort that said “meeting got moved to 4 tomorrow at my offices.”

The subject header on the email, which was a forward from a Miss Universe contact of Trump Jr.’s named Rob Goldstone, read “Russia-Clinton-private and confidential.” 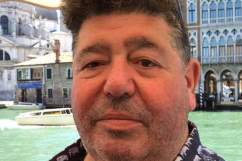 Loading more stories
wpDiscuz
4
0
Would love your thoughts, please comment.x
()
x
| Reply
Donald Trump Jr. has released a series of emails on Twitter that involve the meeting he, Jared Kushner, and Paul Manafort had with Russian lawyer Natalia Veselnitskaya.